We spent weeks working on POJ. Every spare minute I had was involved with tinkering on that stupid bike. The biggest problem was, of course, the fact that it was seized. I didn’t have money to spend on this thing, nor did I really want to at that point. It was just kinda fun be able to say that I had a motorobike! As brilliantly talented and gifted 14 yr olds, we came up with an excellent way of un-seizing the bike. We pulled the head off, soaked it in WD40, and then proceeded to spend the next 4 weeks jumping up and down on the kickstarter. Every now and then we would try heating up the cylinder with a little torch. Soak, Heat, Jump, Repeat. Can you see this going anywhere? We eventually gave up.

I guess at this point I should point out that as a younger kid, my Dad referred to me a lot as “tenacious”. At the time, I thought he was cussing at me or something, but I really don’t give up on anything to easily. After a short break from our hammer, I was back tinkering with POJ. I don’t remember how long it sat there in Clint’s garage, but it seems like it was at least a couple of months. Don’t remember what we were working on at the time, could have been the IT400 or we may have even had the El Tigre from Heck by then. Anyways, one night I went over and decided to putter with POJ.

I forwent the heat and hammer and just decided to jump on the kickstarter. Remember, it didn’t have a back wheel. It was sitting on the centerstand and I hopped on it pretty hard expecting resistance… and there was none. POJ tipped backwards, I went flying, parts were raining from the sky, but POJ was unsiezed! We whooped and hollered and thought we had made the breakthrough of the century. We were so excited we vowed to get it running that night.

Have you ever set something down, turned away, and turned back a few seconds later to find the thing GONE!? Removing the head on POJ was a pretty simple task: remove 4 cap headed extra long nuts, remove head, remove gasket. Viola, head is off! For some reason, the spot I had set the 4 nuts (on top of the woodstove) only contained THREE NUTS. No big deal, we got the thing unsiezed so how hard could it be to find a nut? Famous last words.

Granted, it had been several weeks since I had taken the head off and set the head bolts on the top of the stove, but the other three were still there, so the last one COULDN’T have been very far! It seems like I spent weeks searching the shop for that stupid little nut but now that I think about it it was probably only an hour or two. I did end up finding it- mixed in with a pile of parts that at one point had been a Suzuki Titan 500. At least, I’m pretty sure it came from POJ and not from the Titan… Either way, it fit, it looked like the others, and it worked.

I slapped the head on (upside down, it turns out, as I discovered 15 years later) and set about getting the thing to run. The fact that it was the dead of winter didn’t deter me- I had ridden bikes in the snow before, and I’m pretty sure at this point I had even invented my “ski-bike”. Imagine my chagrin when I suddenly and unexpectedly had a free motor with good compression- and no spark.

Electronics and I get along about as well as cats and water. It really doesn’t make much sense to me other than if you do it wrong, the smokes gets out and I’ll be darned if you can get the smoke back in. I didn’t realize this at the time, but a couple of years later I was tinkering with a Honda Twinstar that also had no spark. Very bad experience, both with stealerships and my fat fingers, that has led to a lifetime of angst for all things electronic. Don’t get me wrong, I can and do wire / troubleshoot / fix electronics, its just not my favourite thing in the whole wide world. The next few months were long and uneventful. I figured (rightly so it turned out) that the reason for the lack of spark was largely due to the missing key switch. There were 7 or so wires that were just hanging out of the battery area. I tried every combination I could think of with those five wires before I realized that one was a battery ground and one was a battery hot… Hmmm.. wonder what happens if I hook it up to power?

After even more experimenting, cleaning points, trying 50 different spark plugs, and hooking a battery up to it, I finally hit on a combination that GOT THE BIKE TO SPARK!!! One of the extra wires had to be grounded, and two of them had to be jumpered to power.

Posted by dorkpunch at 7:44 PM No comments: 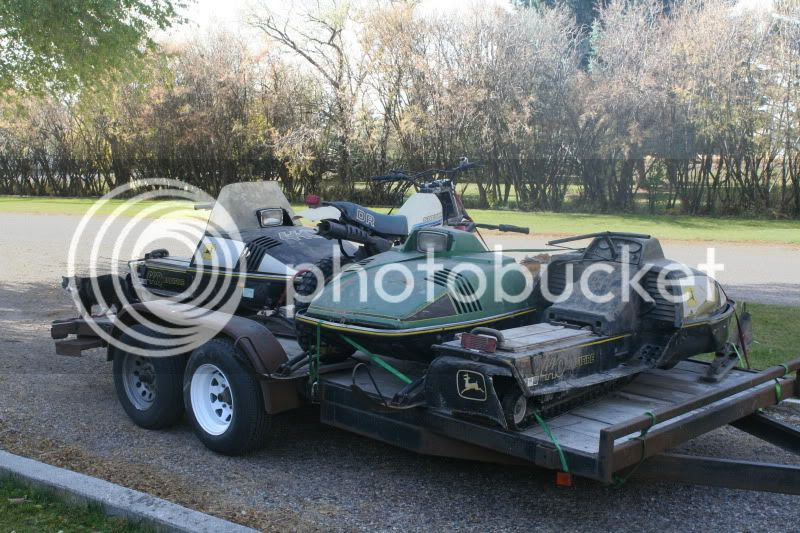 Yes, I said snowmachine. In Idaho, we go "Snowmachining". In Canada, we went Ski-dooing. Washington- just sledding. Been playing with a trio of '76 John Deere Liquifires. Got enough parts between the three to build (hopefully) two useable sleds. Got one up and running and hope to have the other one moving during Christmas break!

One of the best things about starting something up that has sat for probably 10 years is the SMOKE. Dont know why, but man, do old vehicles belch a lot of junk out after theyve been sitting awhile. 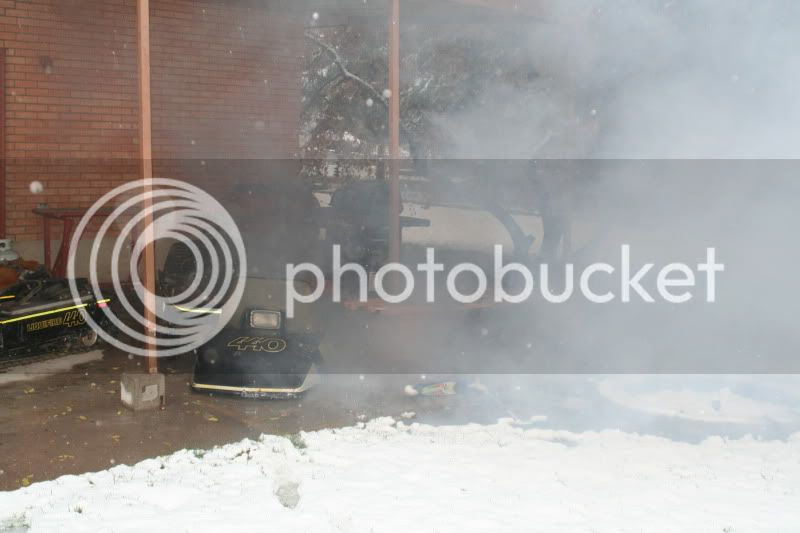 We were even lucky enough to get a SNOW DAY! Spent the afternoon puttsing around town on the one, enough to realize its got a ways to go. 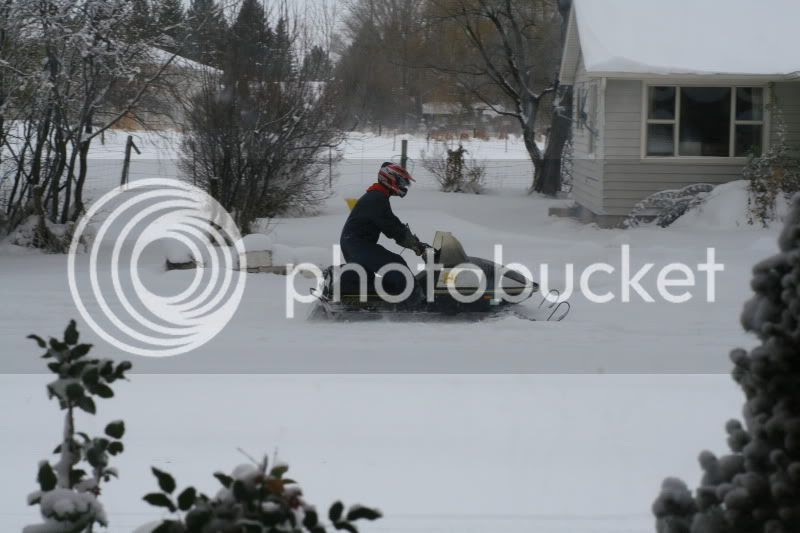 Posted by dorkpunch at 6:08 PM No comments: