Don't you just hate it when someone reads over your shoulder? 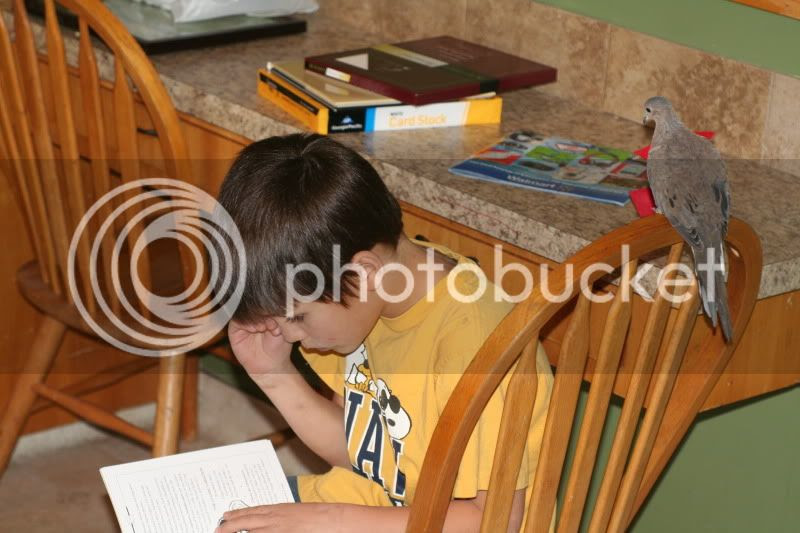 That would be Chester... We adopted him a few months ago.  Found him in my front yard with a broken wing- think he flew into a window.  Tried to bandage it but it healed funny.  He is getting better at flying but he still can't go more than 50 feet unless he's running on adrenaline (for some reason, he is TERRIFIED of brooms).   Hoping to release him in the spring, but he's getting awfully tame.

Still trying to catch back up at school after the holidays.  Making a bit of progress- finally got the junky wire feed welder back together.  Adapted a different "standard" gas diffuser to the torch handle so I can use normal tips and hopefully avoid the last issue I had with it.  Picked up some new shields and it should be ready to go.  Little late for my class, but just in time for the scouts that will be using it tomorrow night.

So I get to teach a "Community Class"  and I'm kind of excited about it.  I really don't know what direction to take it- I would LOVE to do basically an open shop where people could come in and, with a little guidance, use the tools to create things.  I would also be willing to give instruction in different areas that interest people, but I don't have a lot of room for large groups.  We'll see how this first session goes.  Hoping to get about 15 people at a time.  There are a few people interested in welding but my welding booth is pretty small.  Still need to come up with a name for it though... Don't think dorkPunch Garage will work.

In other news: I am SOOO ready for the cold to go away.  Been getting down to around -8 degrees F lately.  Brr.
Posted by dorkpunch at 6:36 PM