Work In Progress...  Been playing around with Sketchup and have managed to learn myself a few new tricks.  Gotta love Sketchucation and all of the cool rubys and plugins you add on to Sketchup.  A few months ago I downloaded and printed this engine from Thingiverse. 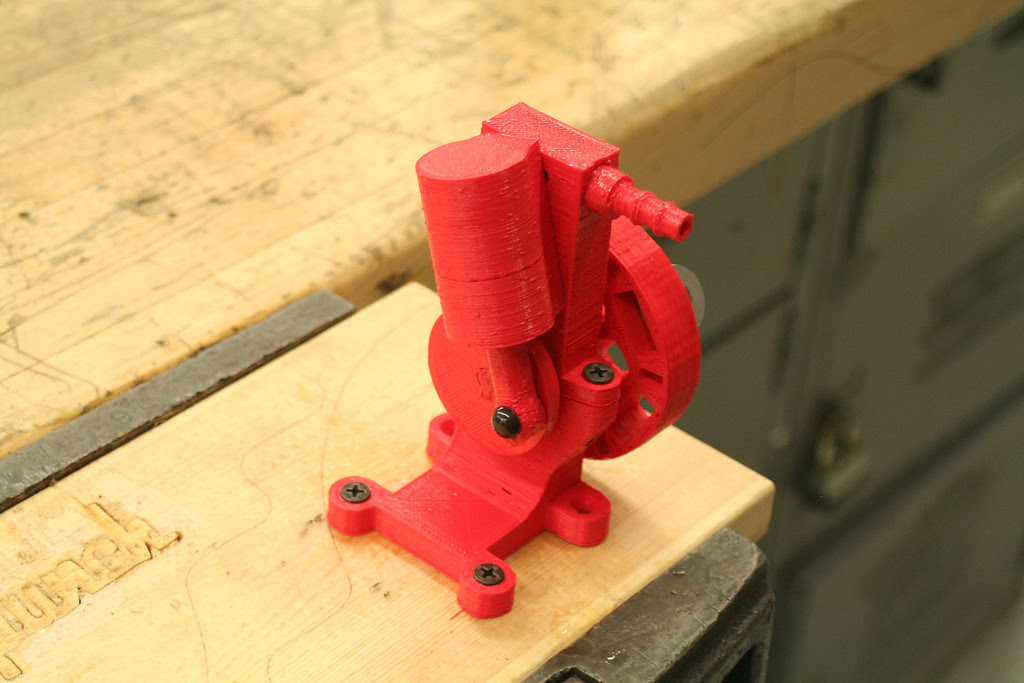 It works great, but I've wanted to design my own engine for a while now so here's where its at.  I thought it would be cool to make them "stackable" so this is my expandable air engine.  The idea being you print one, and it runs off of compressed air like the one above.  If you wanted, you could then print another long block that could be plugged in behind the first, but with the piston and valving running at a different timing- 180 degrees out, 90 degrees out, whatever. 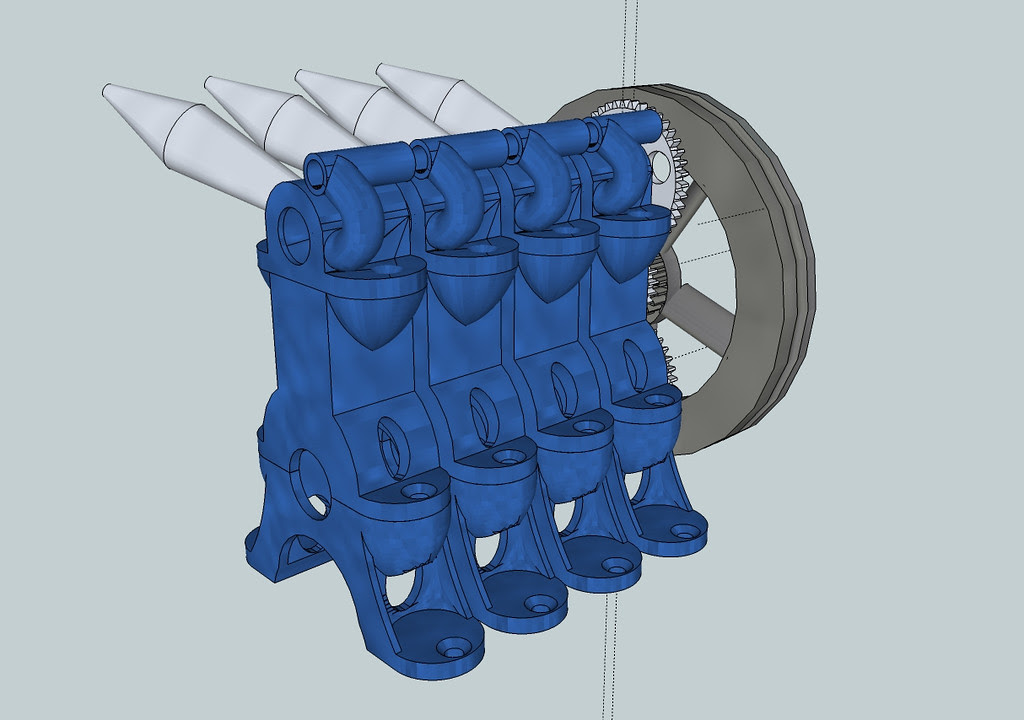 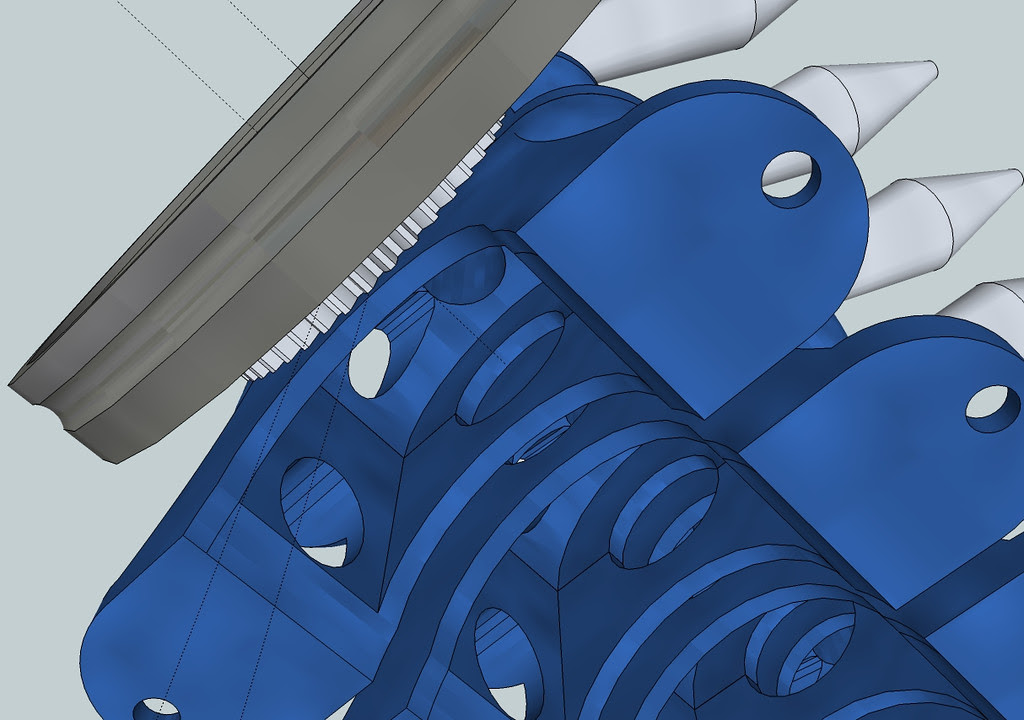 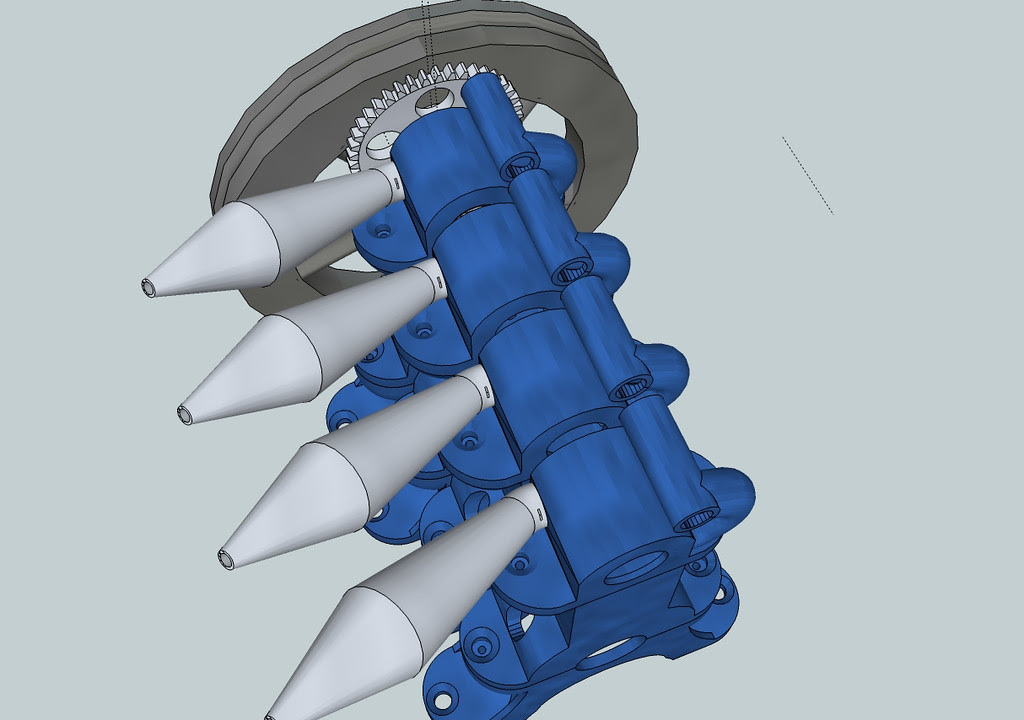 Little hard to understand, but heres a shot of the rotary valve. 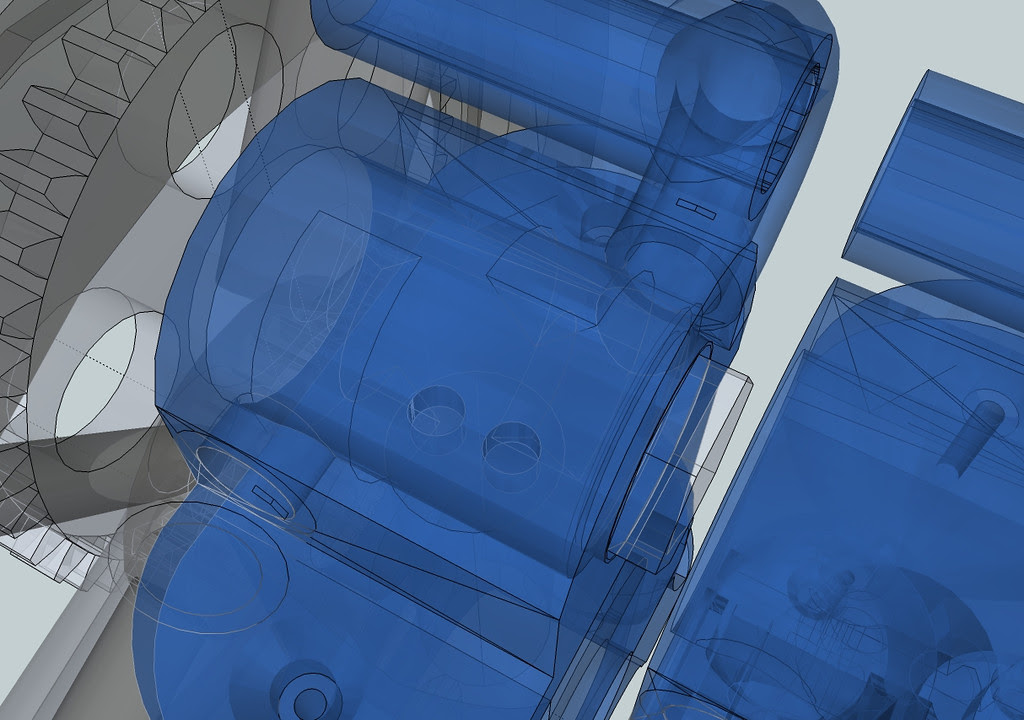 Still working on getting tolerances figured out but its close to actually running. 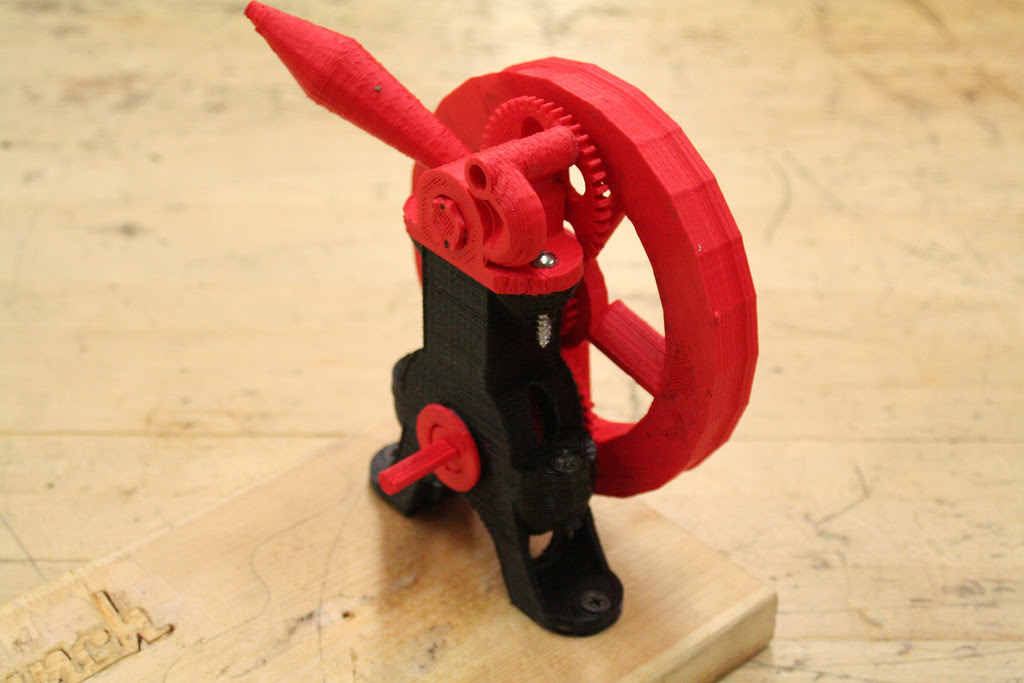 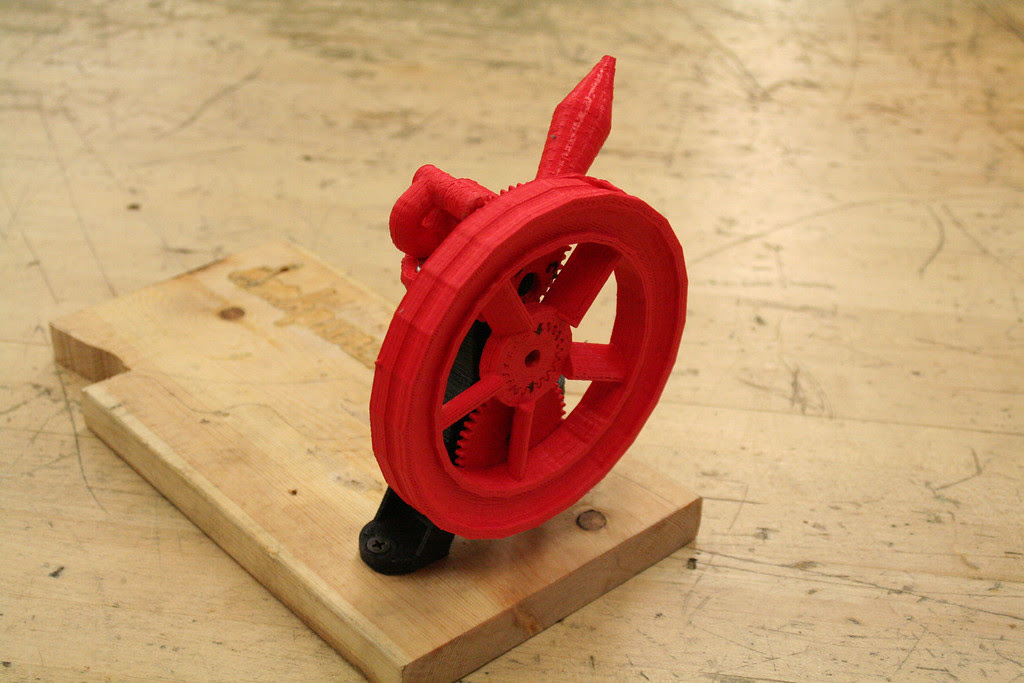 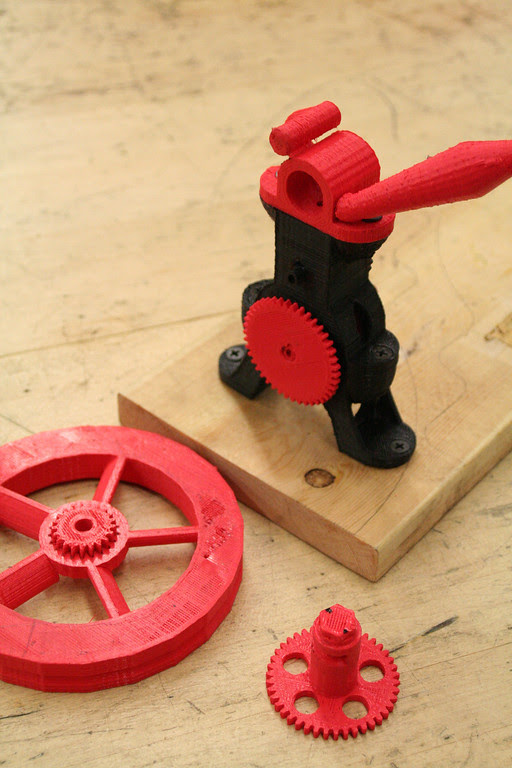 It's great to see the projects you're making with that printer! Your district PR guy is, sadly, no longer working for the district and probably won't be able to visit your room any more.