So I've been adding to my metal working library over the last couple of months.  Here's the latest editions.

The Backyard Blacksmith has a great wealth of information for a total idiot like myself.  I recently inherited a sorta rough hand crank blower / forge, and have been wanting to try blacksmithing for quite some time.  This summer I'm hoping to get a few new legs on the forge, figure out the blower, and try pounding some metal.  Still looking for a post vice and a big anvil though.

Metalworking, Doing it Better seems like it'll be a GREAT book.  Only made it through the first couple of pages but wow, lots of cool stuff.  Can't wait to get into that one!

The practical fab book is kinda lame... More of a reference but not a lot of "metal working" in it.  Looks like some guy was building a race car, decided to take pics along the way, and sorta slapped some information in there.  I probably didn't give it a real fair shake, and it does have some good info so it'll stay.  Honestly, having any book with real information in it is like having a good tool-  if you use it once, it's paid for itself.

Really liked the Sheet Metal Fab book too.  Lots of cool projects and info on how to get started with different process.

The Home Machinist looks more geared to much smaller hobby type stuff, but haven't really looked through that one yet.

Machiners Handbook makes me feel like an idiot.  Wonder if our math teacher could make any sense of it- almost looks like its written in a different language, but again TONS of great info that I will surely refer to in the shop.

Now if I just had not only the time to READ them, but to DO all the fun stuff in them!
Posted by dorkpunch at 8:48 PM No comments:


My first Donor's Choose project has been FUNDED!  Donors have bought me 2 new vices to replace the 2 that literally fell to pieces at the beginning of the year.  They put up a great fight, and like Atlas have held the weight of the world (okay, the weight of several million hammer strikes) for probably the last 40 years.  Time for some new ones.

And just for fun, a picture.  Apparently, John Deere Green is a pretty bad drug...

Well, it ain't for kids, thats for sure.

Y'all thought we were done 'till next year, didn't you!?

Getting together with some other locals for an "adult" derby / chili cook-off. Few coats of vintage Honda touch up paint and I think I'm good to go in that department. Remember the hammer forming I posted about last time?  THIS is what it was for.  Got the weight polished and cut down a bit.

Drilled a hole and screwed it down. Yes, that was on purpose.

Less than a week!

Open shop at school tonight. So far we have a stock car, a Russian sub, an alligator, a snake, a hot dog, and an ice cream wagon.

Can't wait to see the rest of them, sounds like we are going to have a great turnout!
Posted by dorkpunch at 9:45 PM No comments:

Playing around with something new here.  I've been reading about metal forming processes, and this one has intrigued me.  Finally found an excuse to try it out, even though I don't have a stump with bowls cut in it to form with or a fancy sandbag.  I did, however, have a zip log bag full of brass shavings I'd been saving- just in case.  Yeah, I'm that bad.  Used it as a sandbag, found a scrap of aluminum, and went at it.

Blasted some old solder with the blowtorch, and dumped it in.

Only took a few seconds for it to cool.  Turned out okay.

Tried it again with a softer piece of aluminum and a custom built planishing hammer for the job and got much better results.

The final product after some polishing:

Its a custom cast weight for MY pinewood derby car.  Going to see if I can beat my boys- we have an "adult" pinewood derby coming up this weekend.  Pics to follow, of course!
Posted by dorkpunch at 8:31 PM No comments:

So a week ago I posted this tool box one of my students made in a forum I frequent.  If you ever have a few hours to kill, you should check out the "Show us something you made" thread here:  http://www.advrider.com/forums/showthread.php?t=523072  Be prepared to see some cool stuff and spend some time- there are 256 pages worth of great stuff there.

This was made by one of my 8th grade students in my Metals & Engines 2 class. Turned out pretty darn good. At the beginning of the tri, I asked them what they wanted to make / do. Most of them wanted to do a sheet metal project and the majority of them settled on a tool box. We designed it on the fly as we went- they have had a little exposure to this in my Metals 1 class.

The main reason the box is this size / shape is due to my bench tools. Our max bend or cut is 24". Wish I could get a 36" shear and brake. He made some modifications to the tray, and if you look close you might see a few of his mistakes but it all worked out pretty well in the end. Hoping to get about 10 more finished in the next couple of days.

Anyways, someone on the forum asked why we used rivets instead of spot welds.  I've got a decent spot welder, but the timer is toast.  It costs over $400 to replace, so we've been using it without.  That means lots of burnt holes and not pretty welds.  A few guys offered to put up some money, which led to Donors Choose.  Teachers can post projects they need money for, and donors can choose where they want the money to go.


Got a Donors Choose account set up. Unfortunately I have to get a few complete projects using their "vendors" first before I can set up a project to buy a spot weld timer so if anyone want's to help me fix THIS:

Then go to my donor page here: http://www.donorschoose.org/dorkpunch

Posted by dorkpunch at 9:15 PM No comments:

We have a new scout this year, so we get to build TWO cars!

They drew out a couple of ideas, picked their favorites, and sketched them onto the blanks. I cut 'em out on the bandsaw and cleaned them up a little on the sanders, but left some sanding for them to do.

This is always my favorite part. Got the mill all set up and then let them run the carriage back and forth. And some paint. Older bro just about has painting down pat- he's done it 3 times now. Had to help him a little on a practice piece, but he pretty much did the primer all by himself. Younger bro needed some help... He'll get there. Had one pretty good gob where he pushed the button and forgot to move the can. Let them dry for a bit while we worked on smoothing up the wheels and they shot the final color. I *might* have touched them both up a bit. (okay, I did the silver paint with some "help" from him. That paint is like water...) 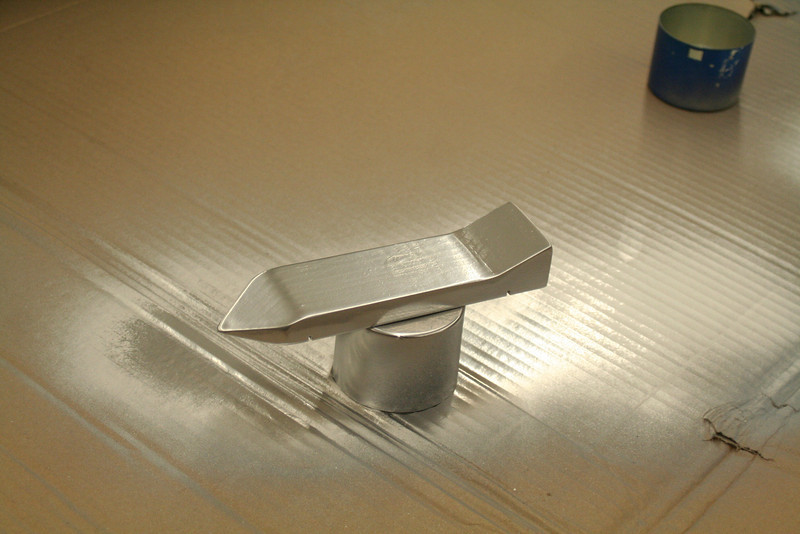 Got some stripes in the plans it sounds like. Be interesting to see how they turn out!

Time for some pretty stuff... STRIPING!

Got the wheels all polished. Need to figure out the final weight amount and just put them together.

Finished 'em up. New rule, we have to use "white" graphite. I've always used an actual OIL in the past, worked okay for me. This stuff seems to suck. Oil soaks up a lot of the wheel wobble, this stuff almost seems to make it worse.

Spent some time getting the weights right and glued 'em in.

Hope they do okay! 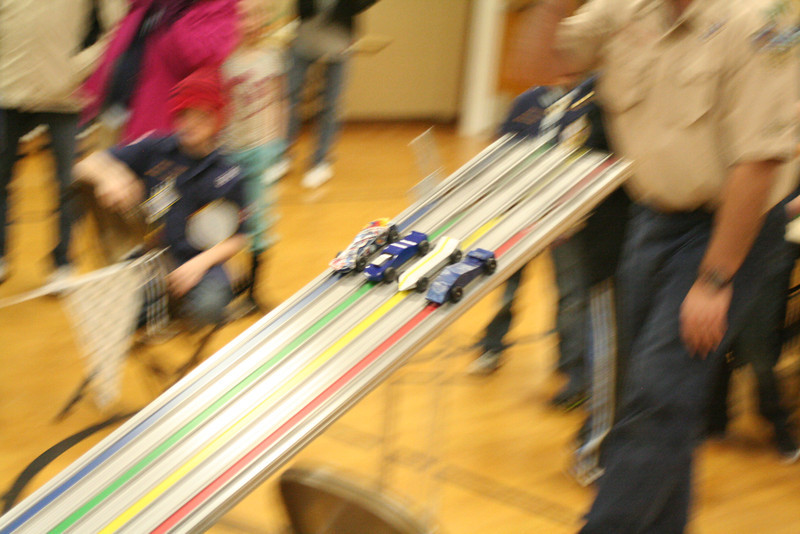 Some of the competition:

The orange one in the middle was FAAAASSSTTTT. And of course, they had to try the loops of death.

The blue one never made it, but the silver bullet made it every time.

and for fun, a video. The ONLY race one of 'em came in first place.


Neither one placed, which is sorta good because it means we don't have to go to districts. They had a "white graphite only" rule this year, and the graphite SUCKED. They decided after a practice round to allow the regular stuff, but the damage was done. Ah well, better luck next year. They had fun and they did a great job on their cars. Some of the others- well, Dad did a great job on their cars and the kids had fun at the races. For me, its more about the journey. :deal

Posted by dorkpunch at 8:58 PM No comments: