Been working on fine tuning the Mendelmax 2.0.  Have figured several things out, and am working on a few "Quickstart" guides.  In the meantime, here's a few of my test pieces.

One of my students asked me if I could make some parts for his dads motorcycle helmet that he apparently was unable to find anywhere.  There were to pieces, mirror images, and only one was broken.  He brought both parts in, I measured them up and drew it up in Sketchup.  The black are the old, you can see the one on the left is missing a piece. Blue are the new parts, and they are pretty darn close! 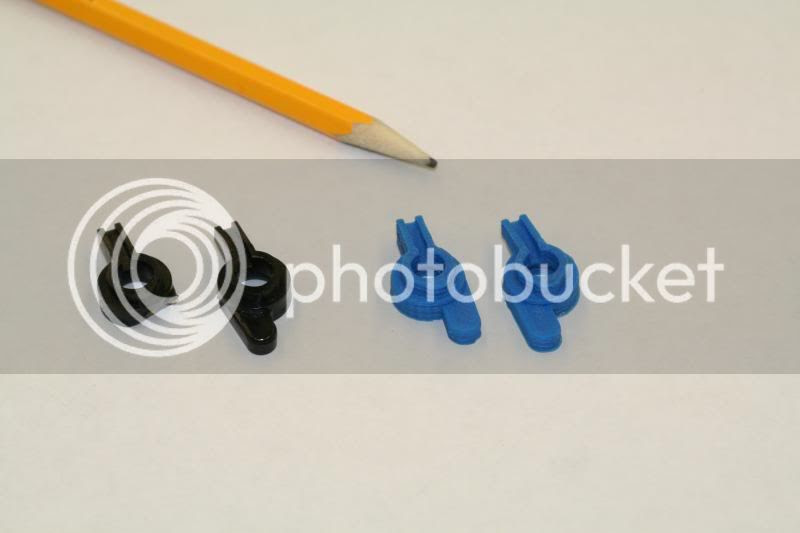 I had to go back after they printed and cut a little piece out, but it took all of 5 seconds on each part. 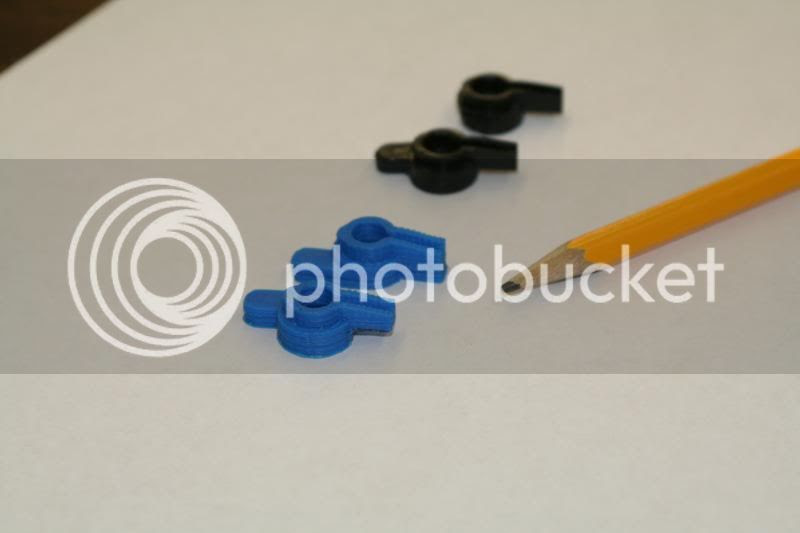 Had the speeds turned down quite a bit and the quality looks excellent. Took about 13 minutes to finish both of them.  He told me today the parts fit perfectly and the helmet works like new!

'Nuther project for the woods teacher. He wanted some rollers to fit on a pipe rail thingy he's building. Much bigger print, took about 43 minutes for each half at high speed. 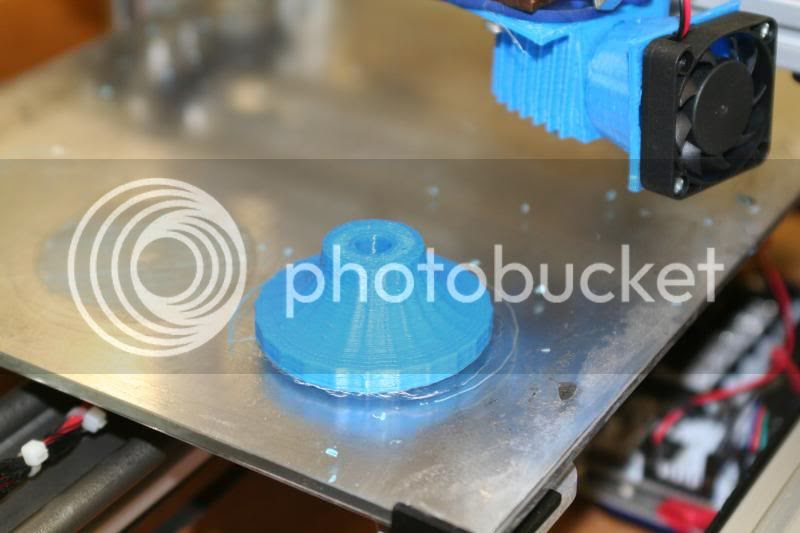 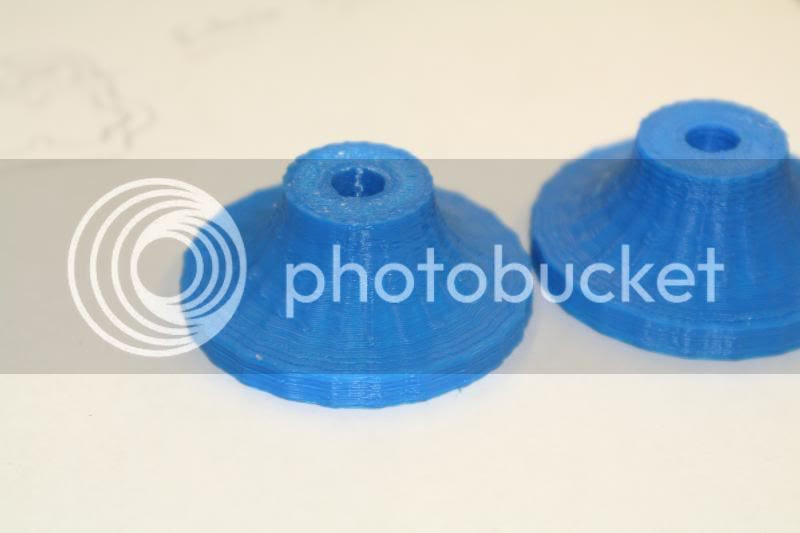 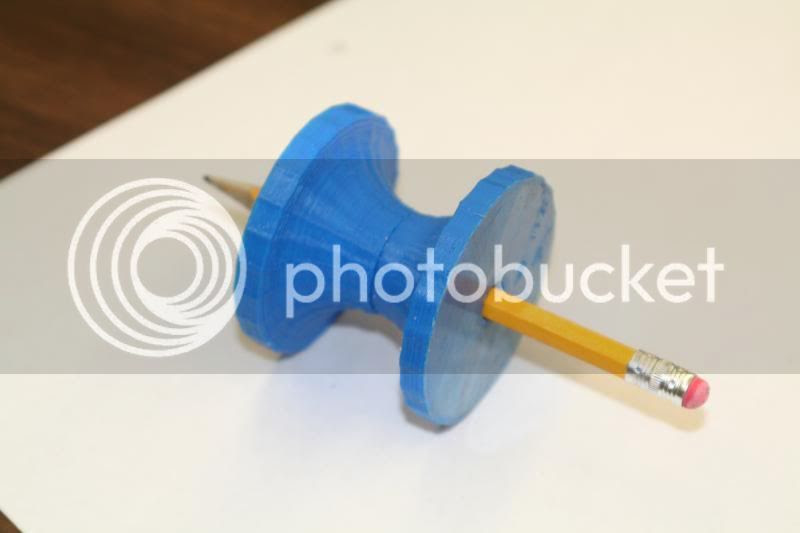 As you can see, they are a little rough.  There is a setting to crank up the number of "edges" in a circle in Sketchup, but I forgot to change that and had it printing already. He took it home and tried it on the pipe, said he thinks it will work perfectly the way it is. He needs three more, then he's going to build a rail out of the pipe and a carriage with the wheels to go on the pipe to carry his cutting torch.

Pic he texted me: 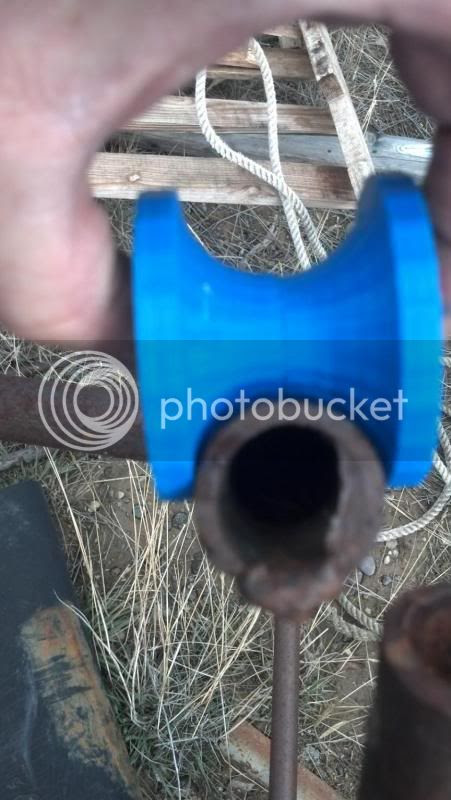 And some spare parts just in case. Speed was cranked up on these too, and they came out pretty nice. Maybe a 2 minute print time. 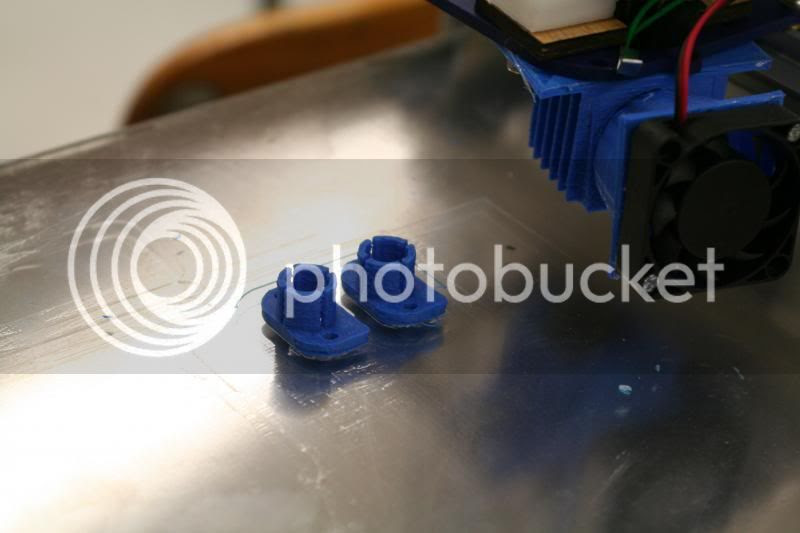 And lastly today's somewhat useless invention. Made these snaps to go on over the extrusions to hold wires down. 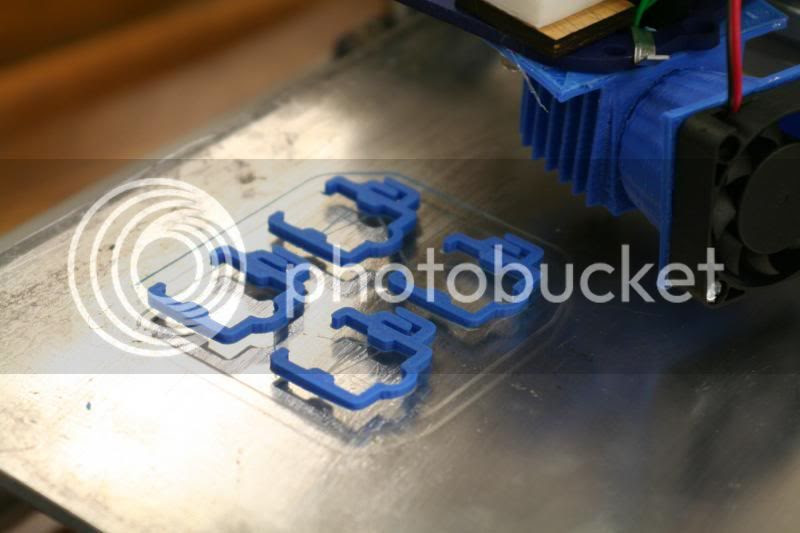 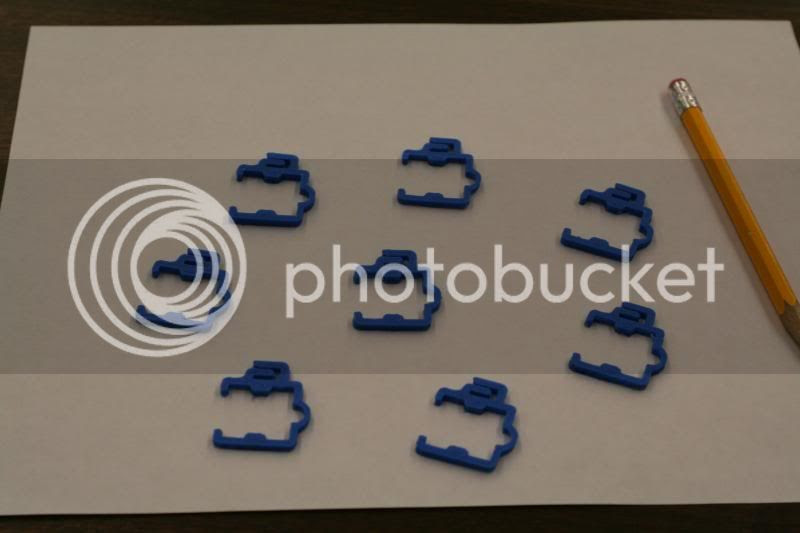 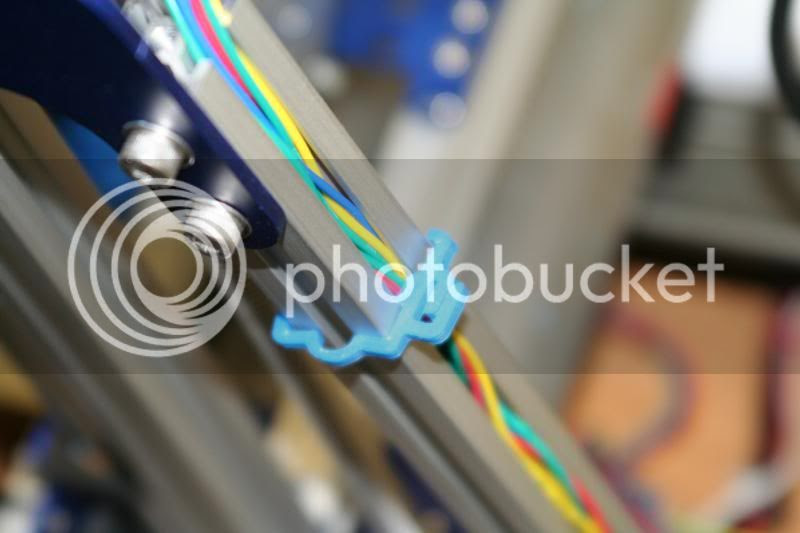 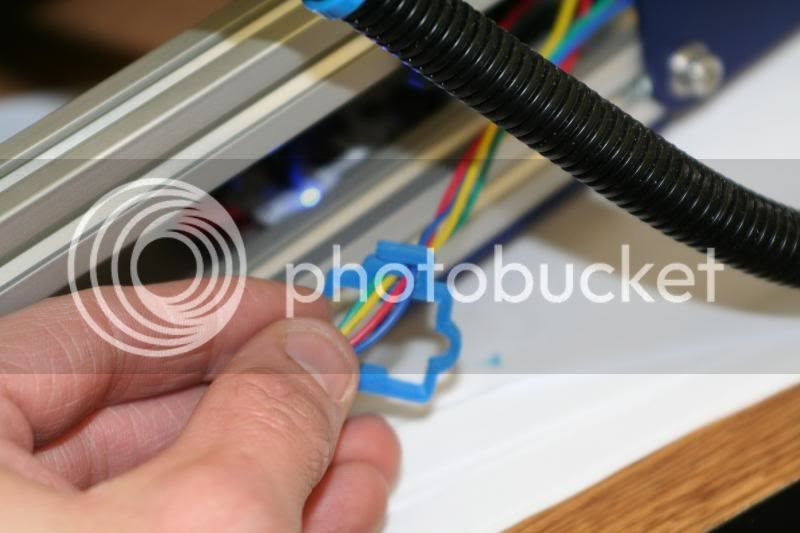 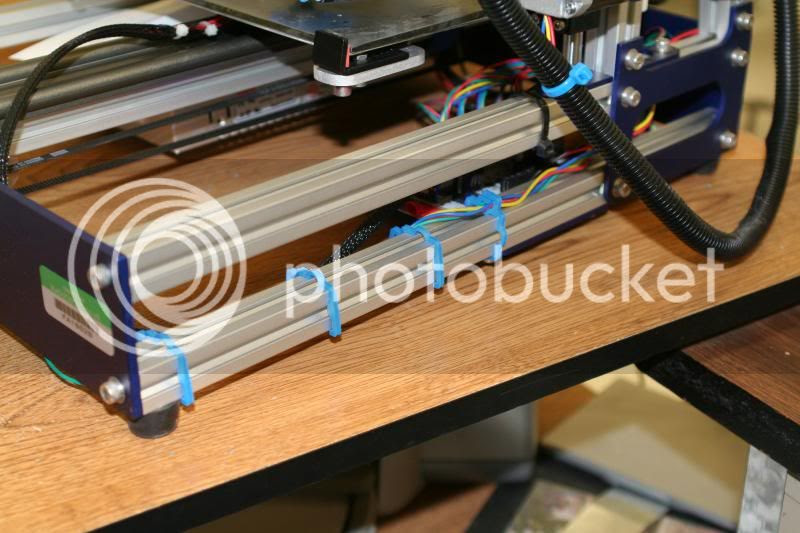 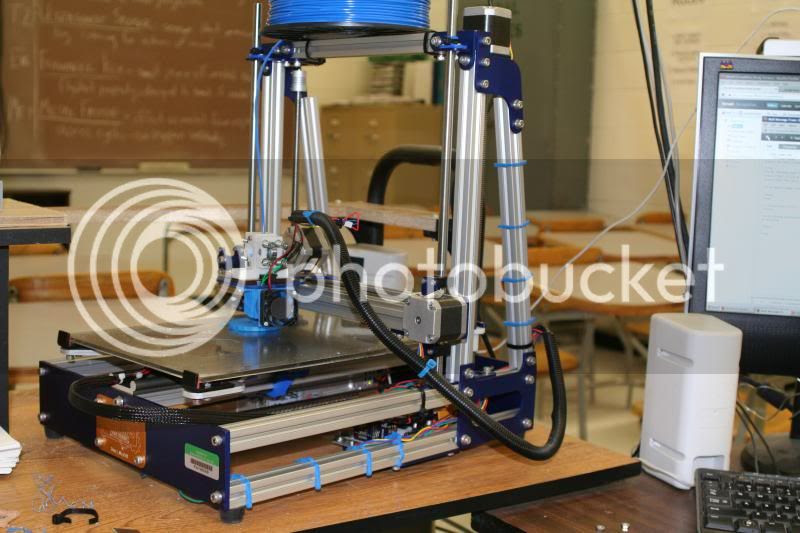 I was sure someone had to already have thought of this, turns out I was right...

I've been starting to make separate "profiles" in Slic3r- I have one for small parts with slower speeds and cooling fan, and one for larger parts with higher speeds.  Finally starting to get the hang of this thing, LOTSA fun!  The Mendelmax is more than capable- even more than I had hoped.  Still need to get the updated z axis parts installed, maybe over spring break!
Posted by dorkpunch at 9:28 PM