A 3D printer, printing parts for itself.  "REProducible RAPid prototyper".  Drew up a spool holder in Sketchup last night, cranked up the speeds in Slic3r, and tried my biggest print yet.  It worked!  The spools of plastic come on reels almost identical to what wire for a MIG welder comes on.  I bought a few pounds of plastic without a spool (cheaper) and a few pounds with.  Designed this to fit both of them. Hopefully one teeny little screw through the center will be enough to hold it- the piece will be sitting on top of a cross bar so all it really has to do is balance the roll.  I did design a clip in the center so if I need to, I can also design a cap that will snap on over the top of the spool to the spool holder. 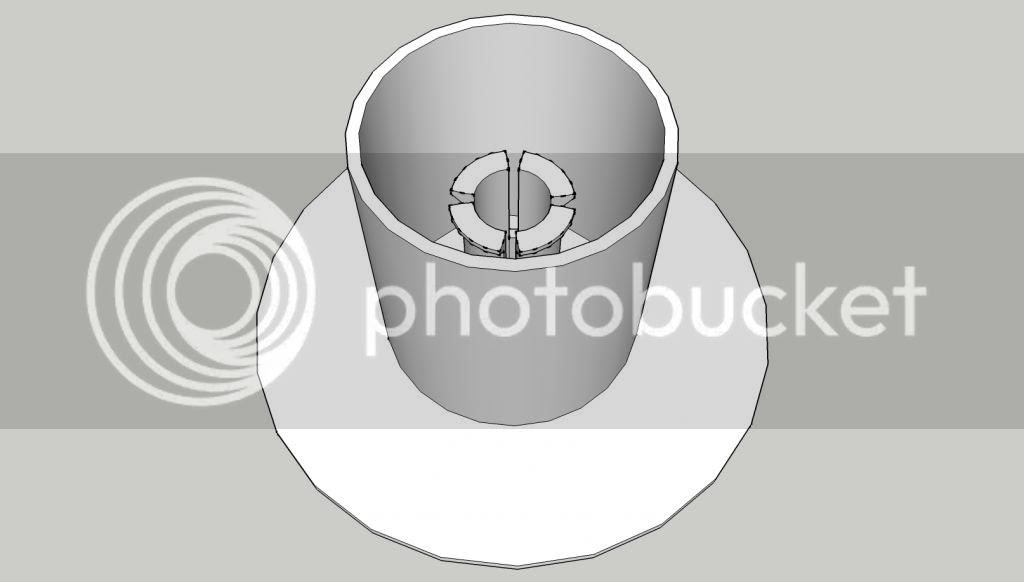 Time lapse of the print!  Made this with http://gifninja.com , really slick.  Upload as many pics as you want (theres around 30 here...) set the size and speed, and the ninja does the rest!

And the completed spool holder. 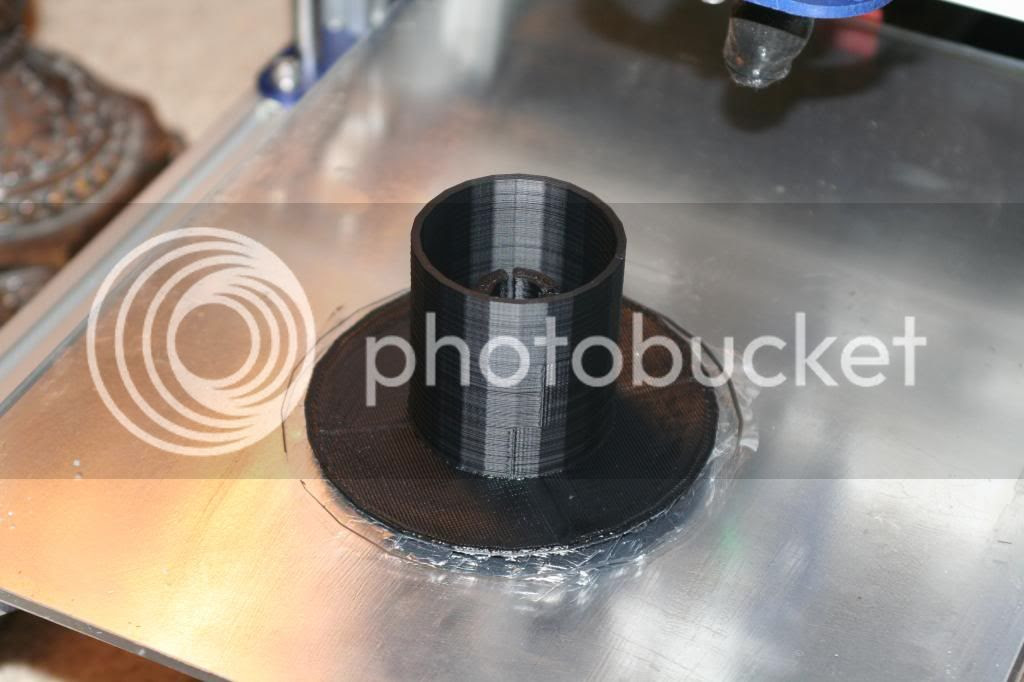 I think it turned out okay.  I mentioned I cranked up the speeds-  all except one.  Turned up the infill speeds (120mm/s from 60mm/s, but can still go higher apparently) but forgot to turn up the border / skirt feeds- which 90% of this print was just a border, so the bottom disc printed reaalllyy fast, the then rest of it took foooooreeeeevvverrrrrrr.  About 2 1/2 hours.  Ah well, live and learn.  Also got a little warpage on the disk part, but not bad.

Spool holder installed.  One screw down through the center. 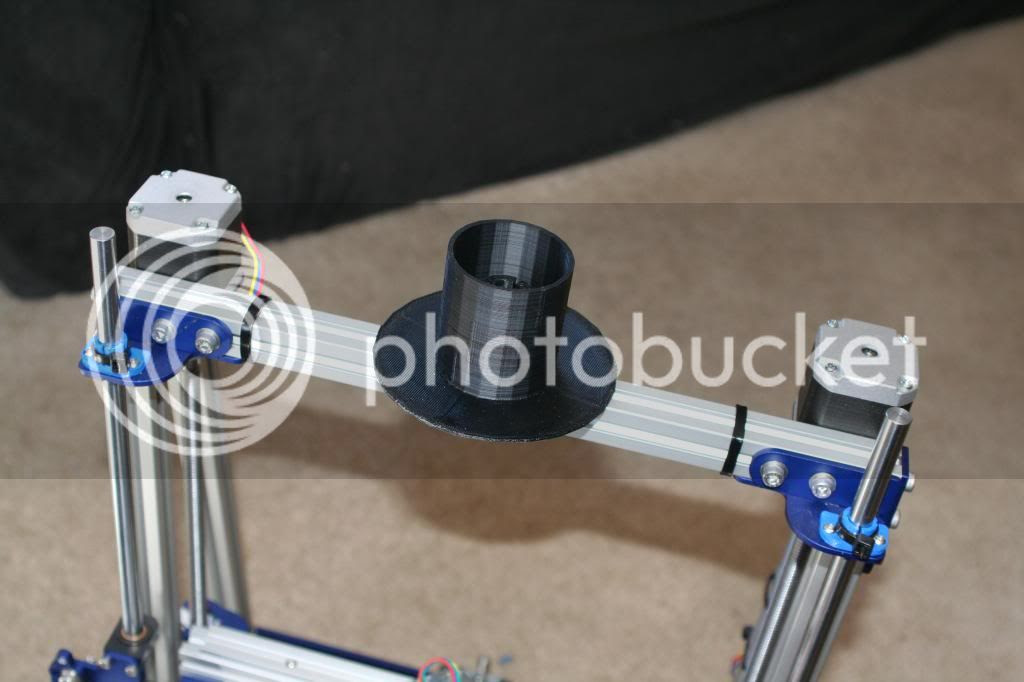 Spool installed!  I was going to make some fancy tensioner to keep the plastic from unwinding itself, but then I realized I can just loosen the screw, slide the whole thing over until the edge of the spool rubs on something (side of the motor?), and re-tighten the screw. 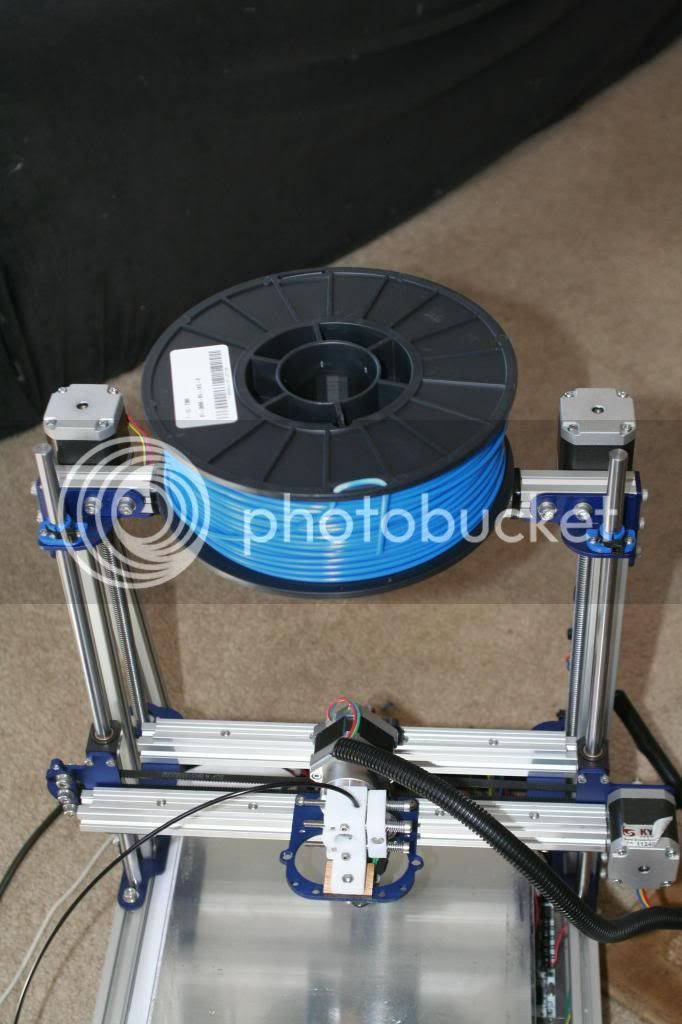 And why I think its WELL worth the extra $$$ to buy the plastic on a spool. 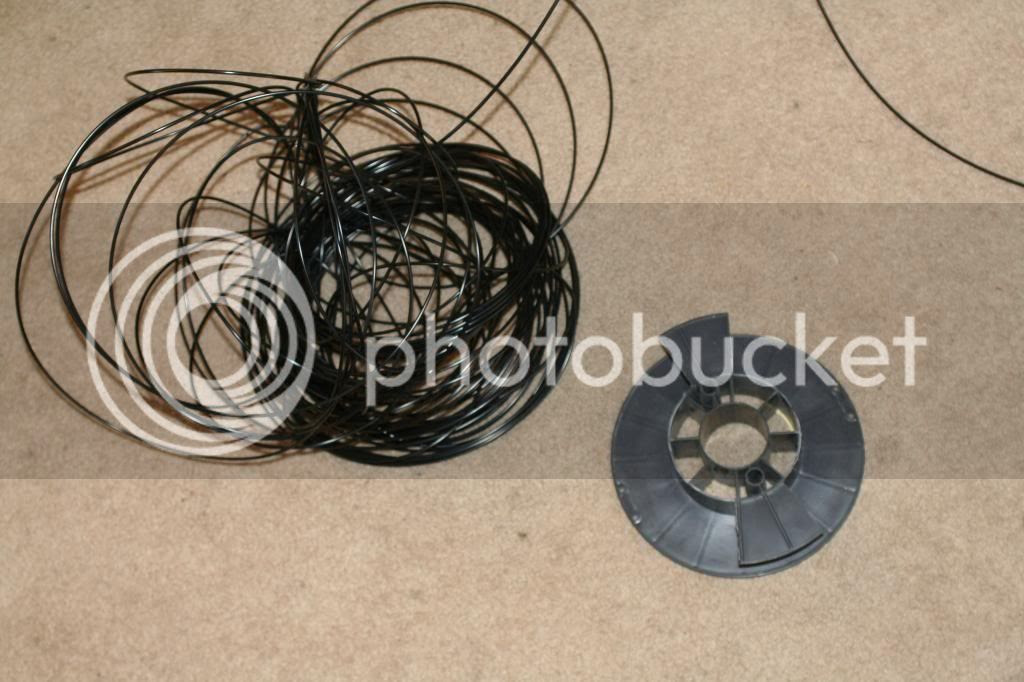 Thought I could adapt that wire feed welder spool to the plastic, and it would probably be okay but I've been using the plastic and its got itself snarled up pretty good. Not looking forward to untangling that mess.

Got an email from makerstoolworks.com letting me know that my new z-axis parts are on the way.  Should be here sometime next week!
Posted by dorkpunch at 12:36 PM