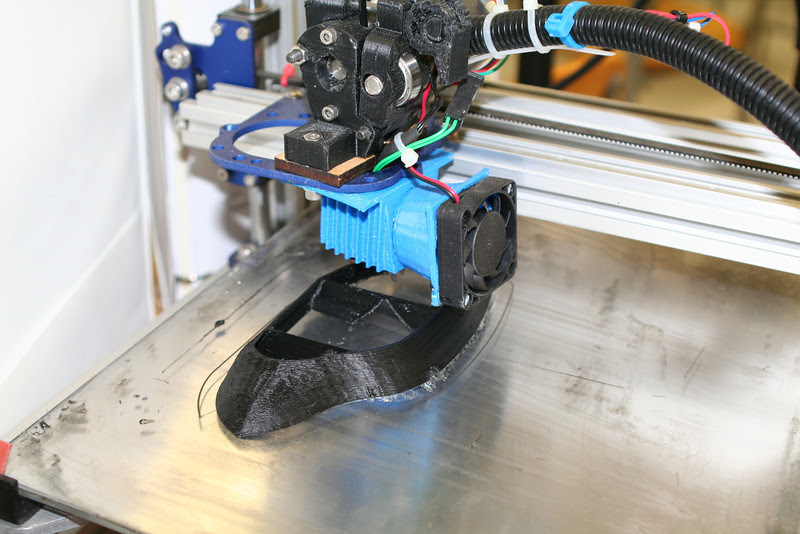 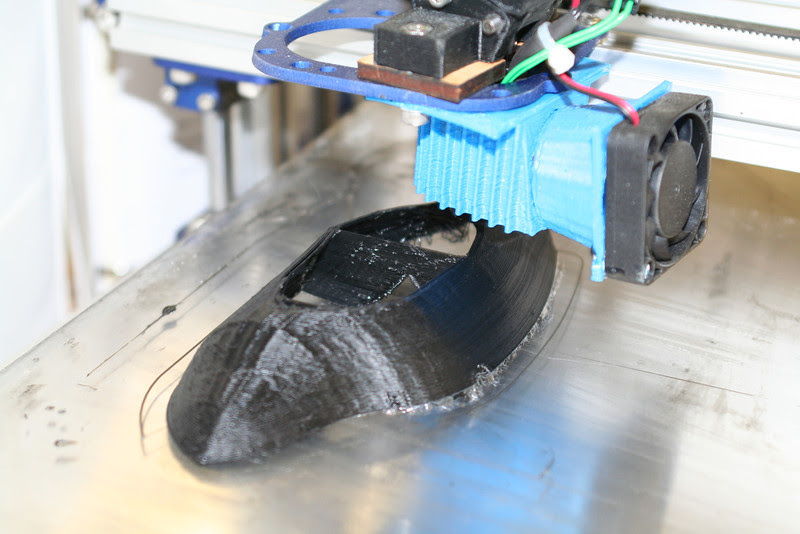 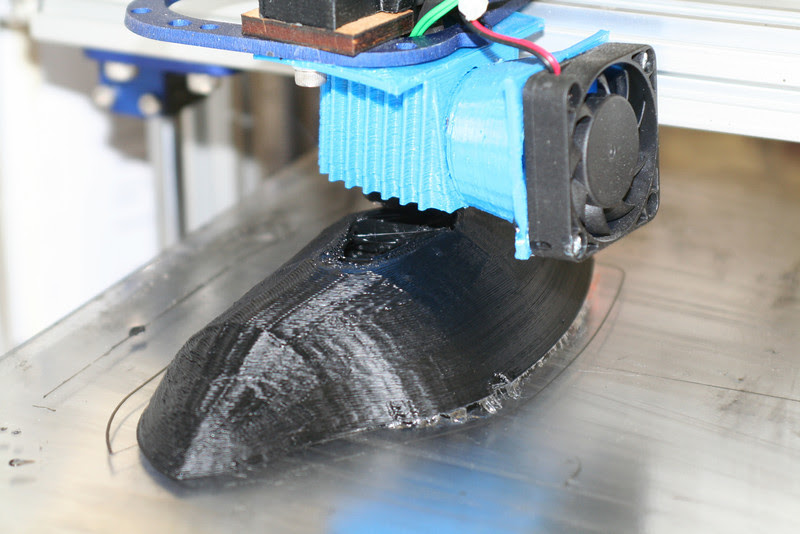 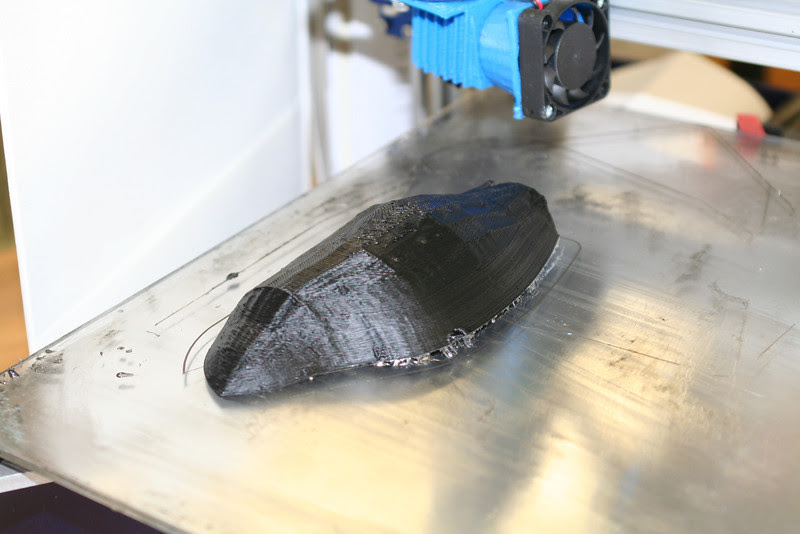 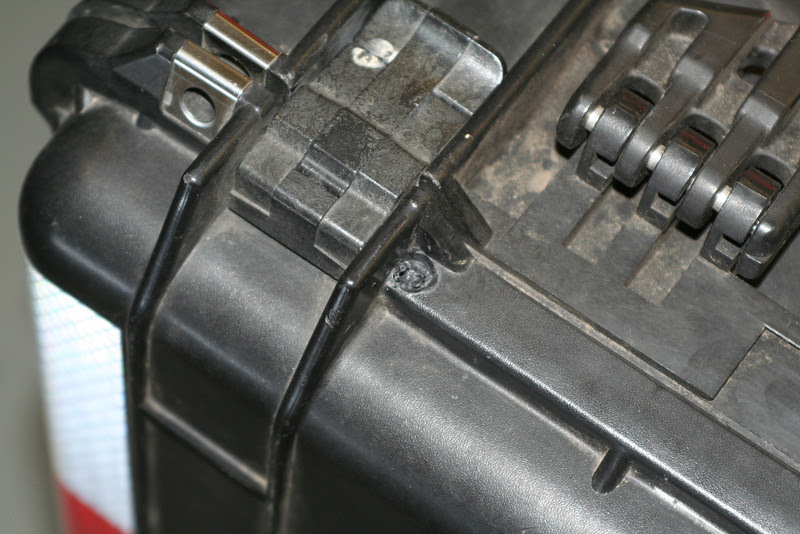 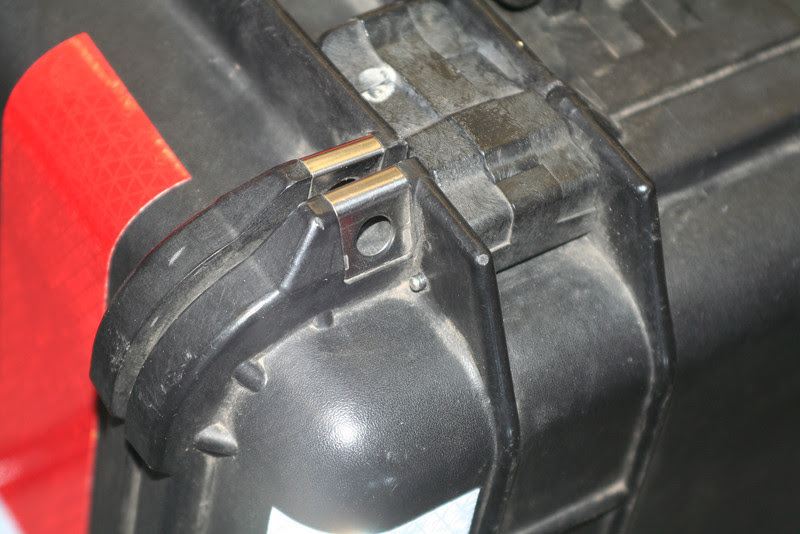 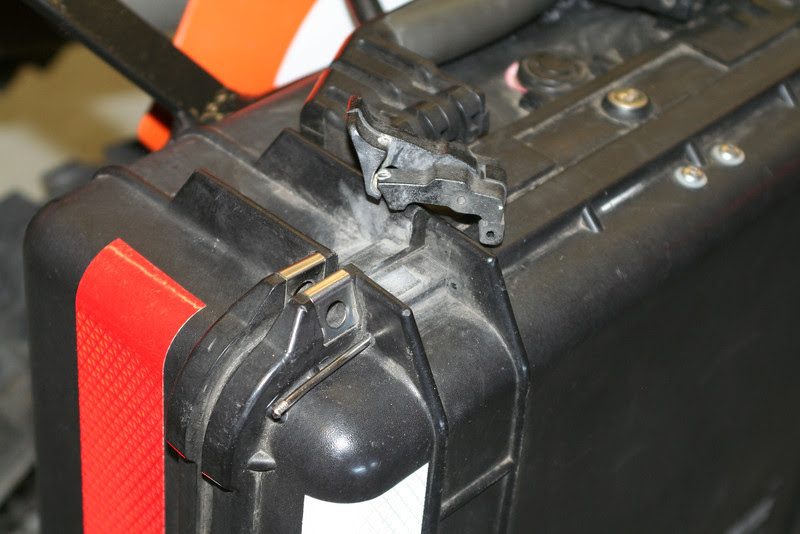 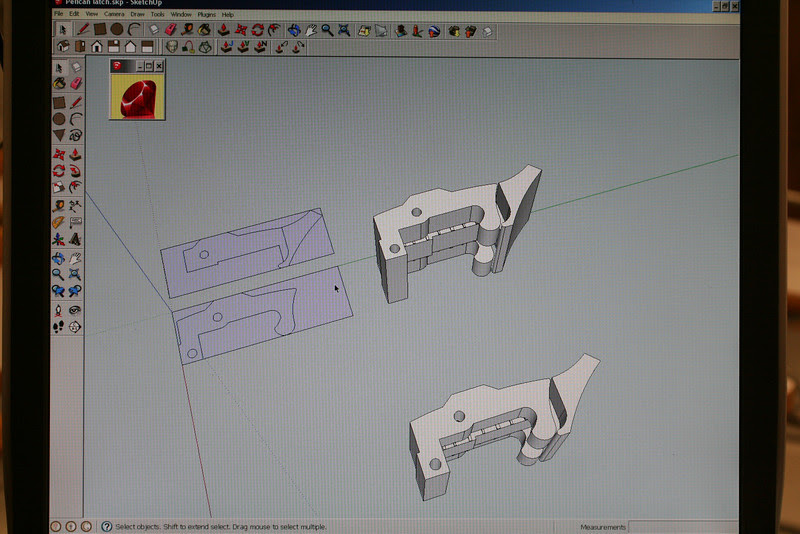 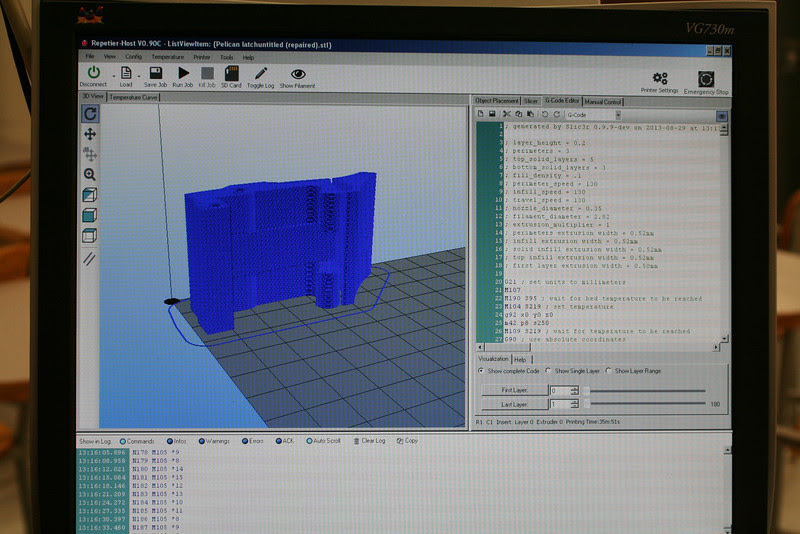 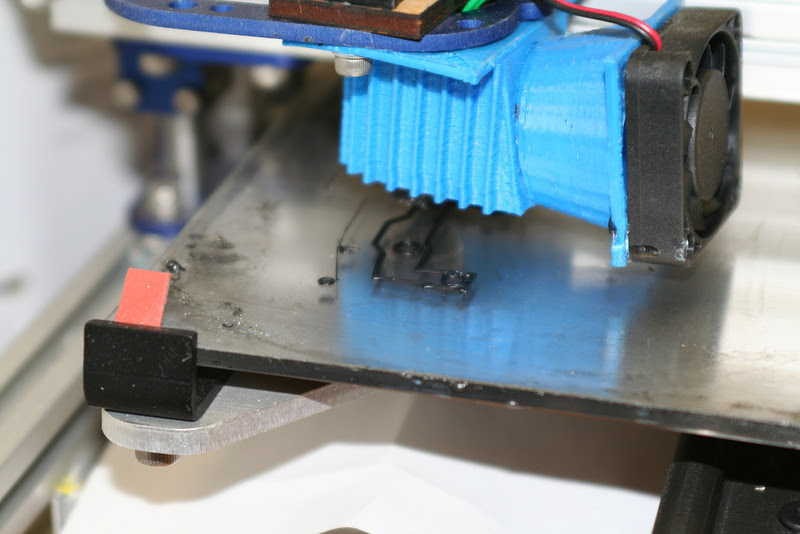 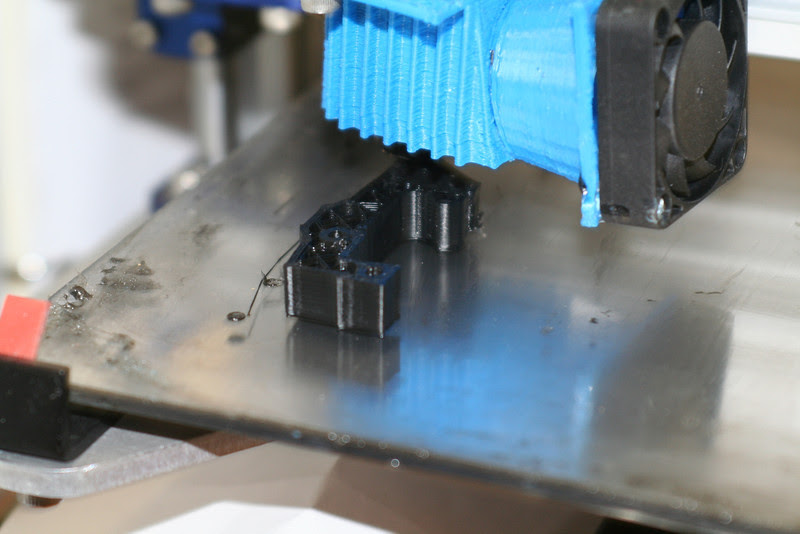 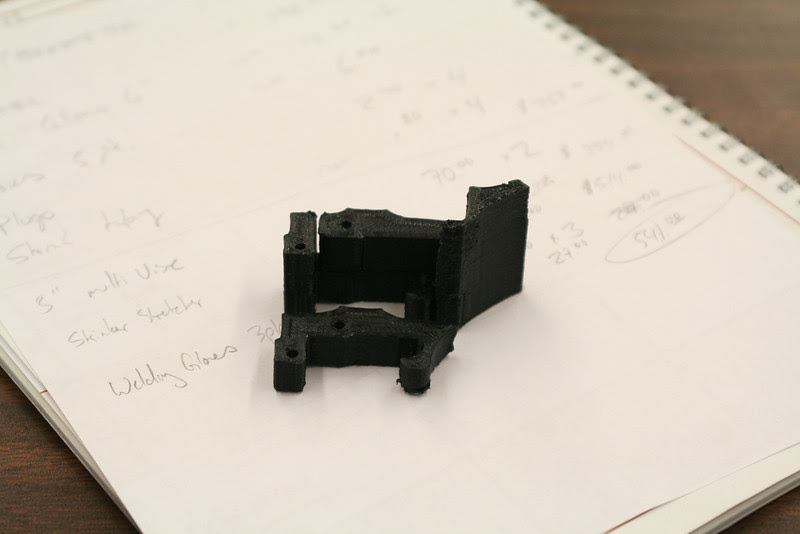 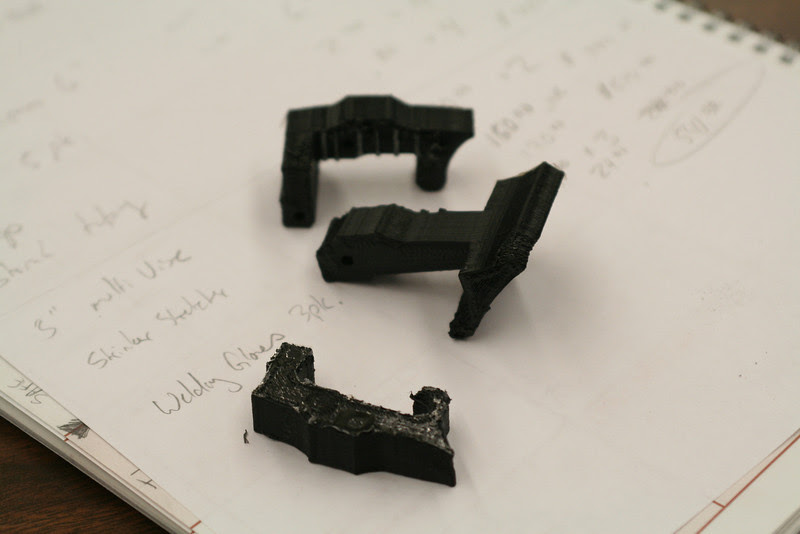 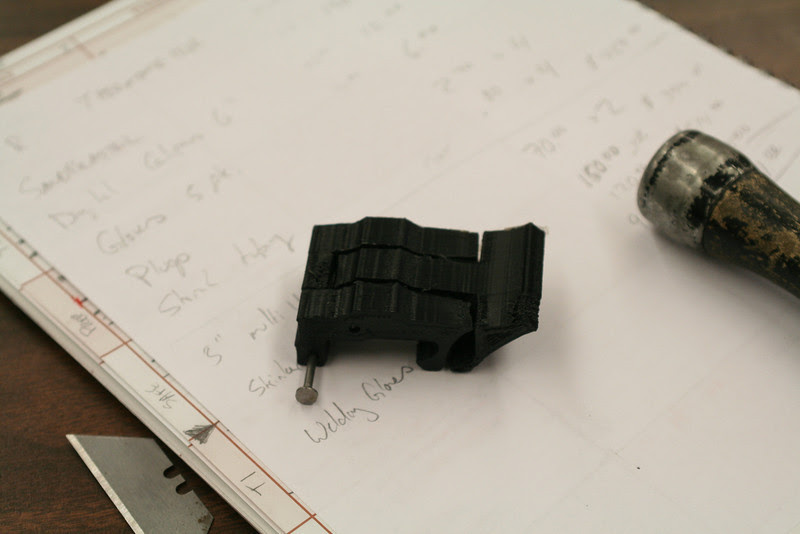 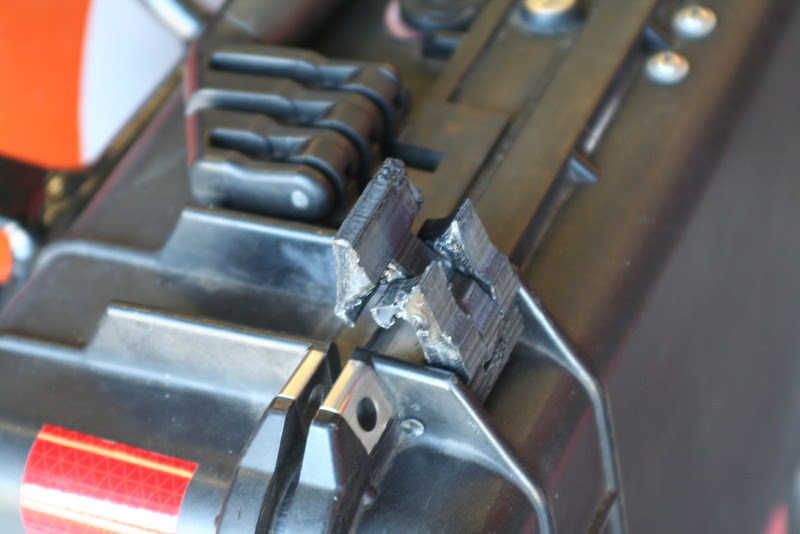 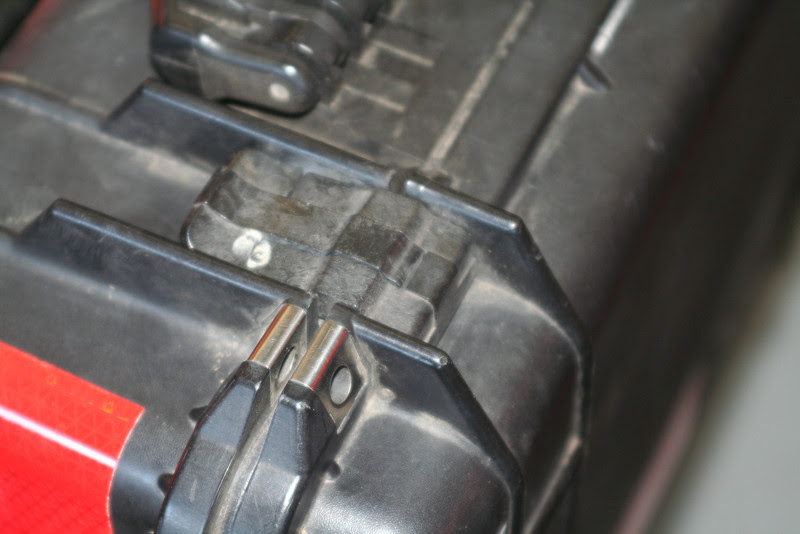 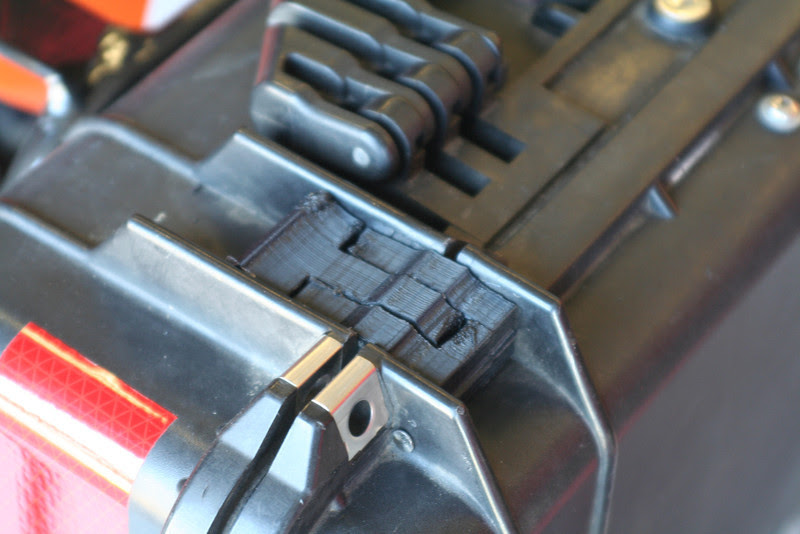 One other thing (okay, 2) that I want to learn more about is Bridging and "moving part" prints.  Both I can attempt with this model-  could do 2 bridges and have only 2 pieces printed instead of 3, and print them in place.  The harder one would be to print bridged, with pins in the holes so I didn't have to use metal.  Probably too weak for real life application, but it would be pretty neat to print the part, pull it off and have a moving part with out any other assembly!
Posted by dorkpunch at 7:52 PM

this prints in one piece: http://www.thingiverse.com/thing:123670

One of my students printed it and the hinge works really well. It would probably be too weak for your case, but I thought you might dig it.