So I found a few pictures from my tech 2 class from last school year.  Thought I posted them already but apparently not, so here they are.

I gave them a pretty simple set of directions:  Design something in Sketchup with at least 3 different parts, one of which must "move".  I had several kids try and do cases for phones and ipods, but they proved a little to detail rich for most of them.  Here are a couple that I managed to take pics of before they left for the year.

Airplane.  Printed in several different pieces then assembled with glue.  The propeller spins! 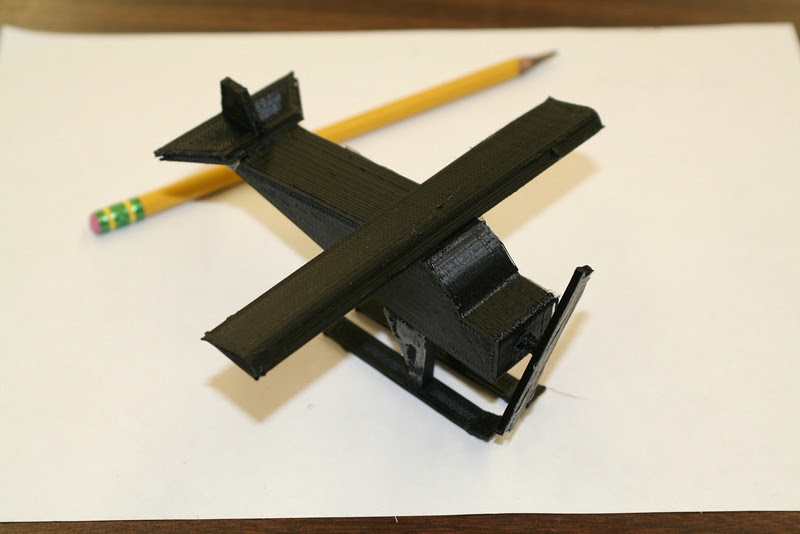 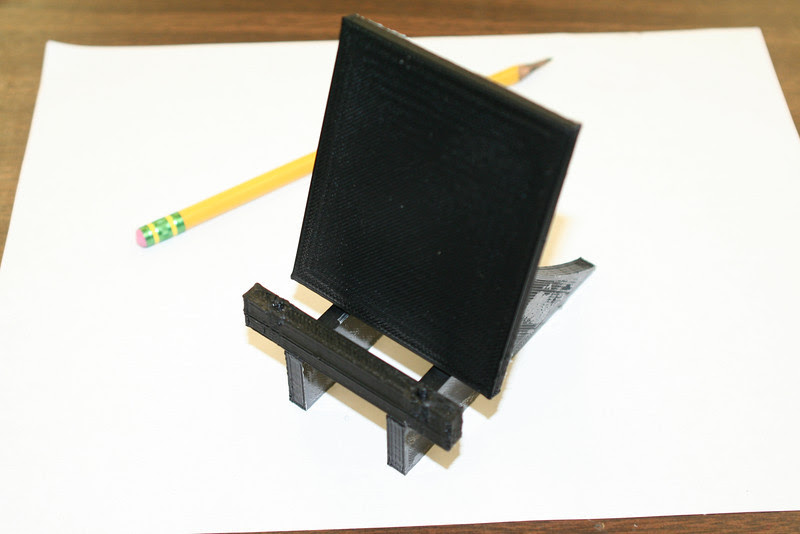 Lego guy and a robot.The one on the right has moving arms. 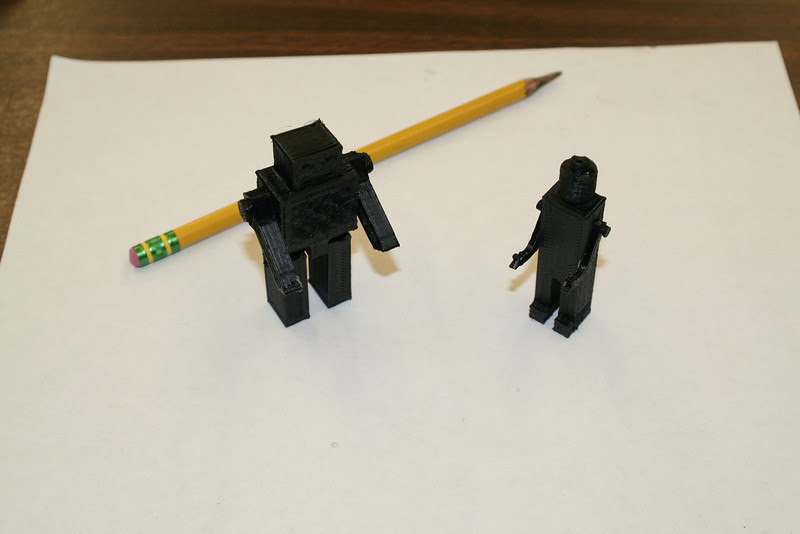 Turntable.  Tried printing rollers for it but ended up using ball bearings. 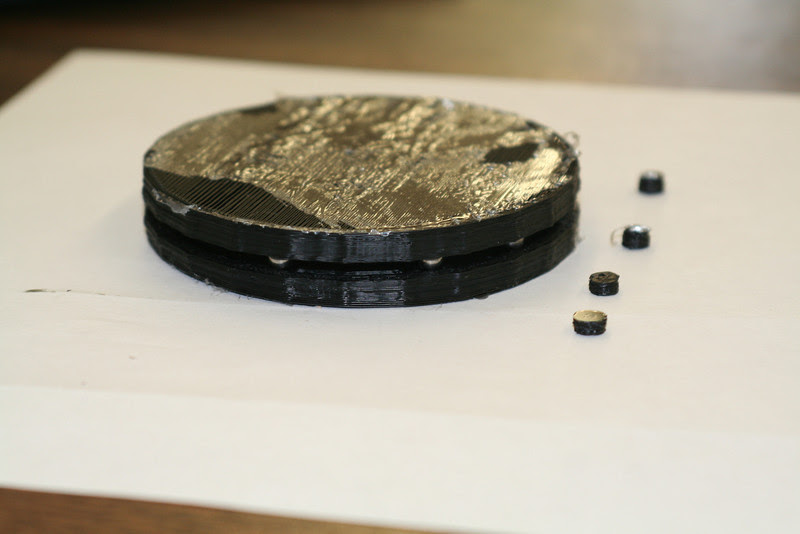 f
And a couple of pics while on the printer. 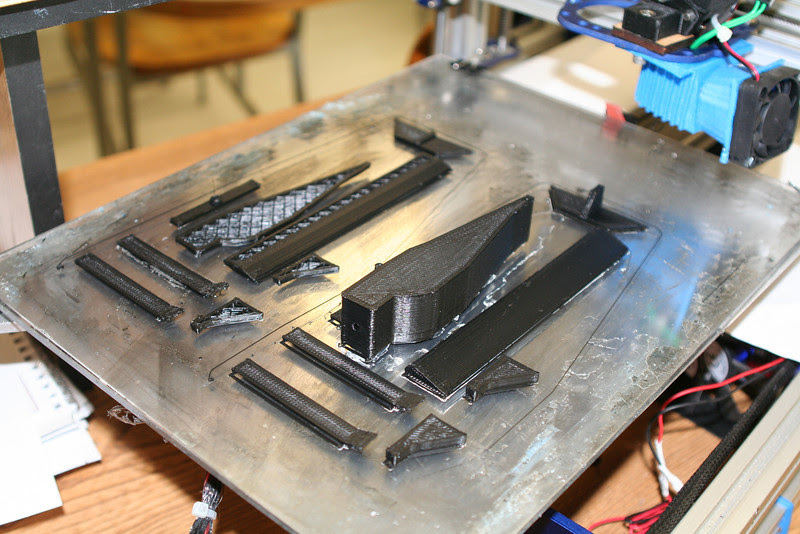 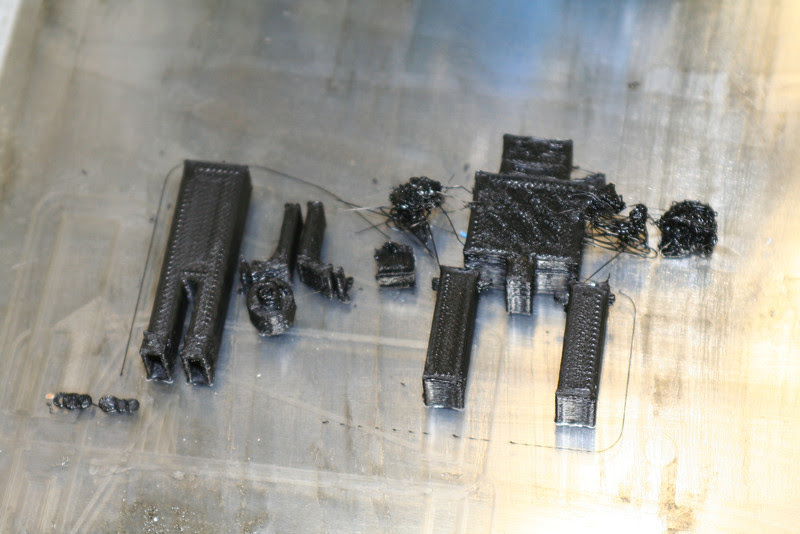 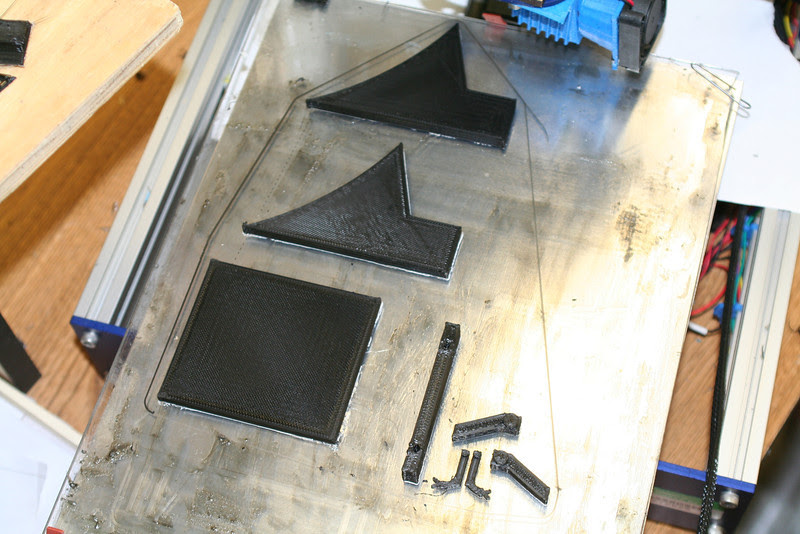 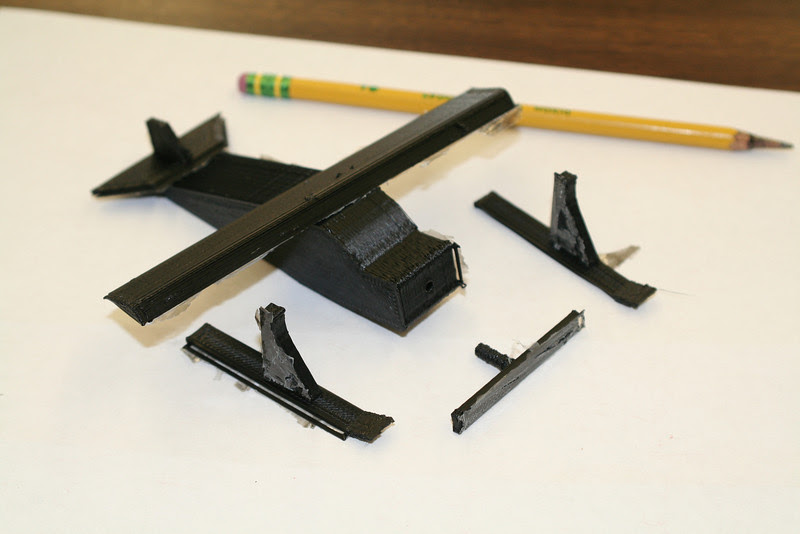 There were several others, but I didn't get a chance to take pictures of them.  Had a couple of R/C winches and a really cool bicycle with spinning wheels and a working set of handlebars.  I'd like to reprint that one for my classroom sometime.

Just for fun, a few from today.  Making an "Occupied" sign for the handicapped bathrooms at school.  Cranked up the speed, man is that thing fast! 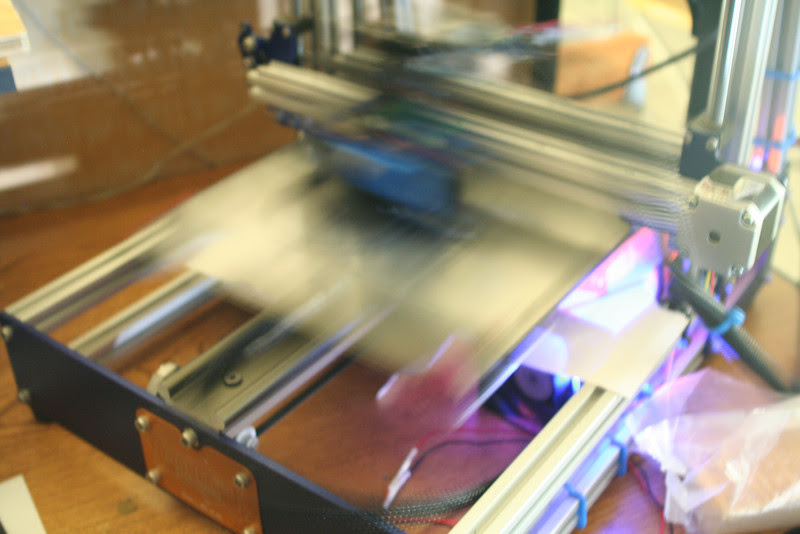 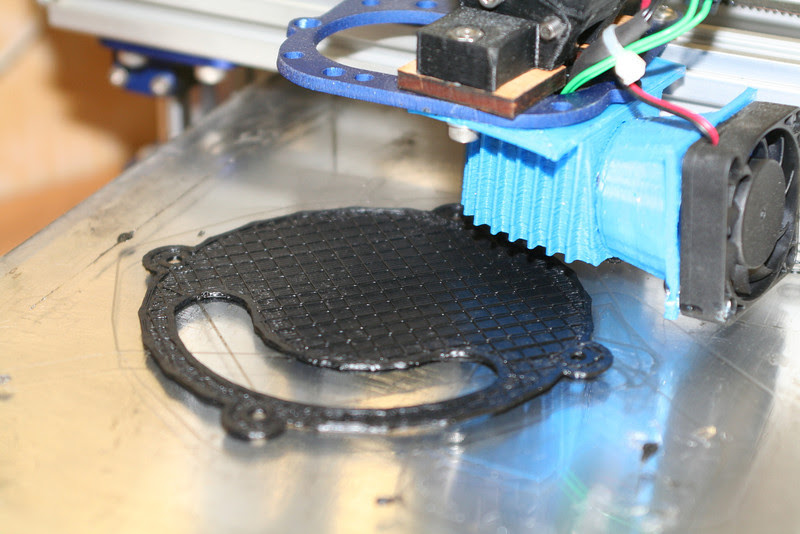 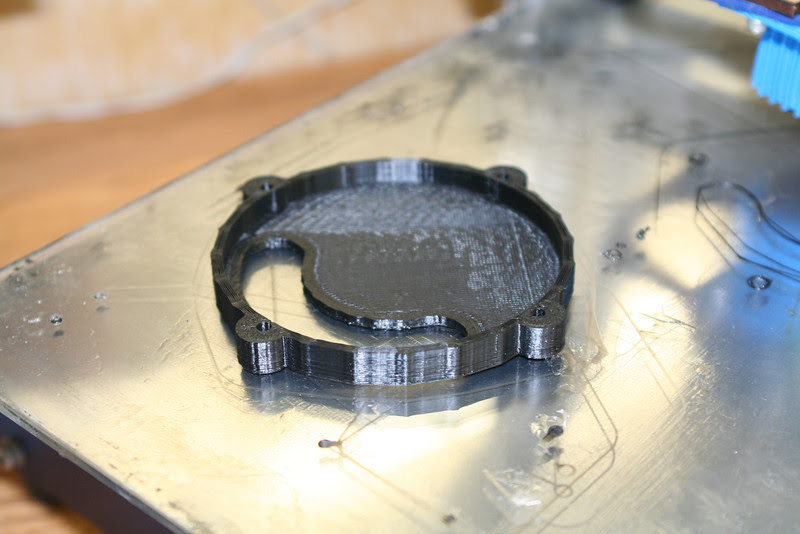 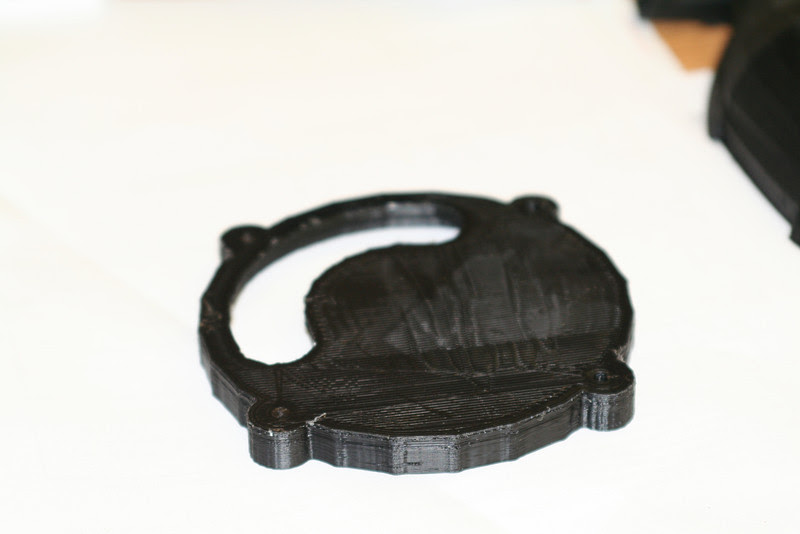 There you go.  I'm sure we'll have plenty of projects to post in the coming months!

Posted by dorkpunch at 7:32 PM