Yesterdays project- excavating some of the ruins that occur when you move... We started moving stuff from the storage room over to the "library" room they had emptied out. Most of it was irrelevant junk not commonly needed that we probably should have just tossed. We moved maybe a load or two a month for several months, and then when we moved officially the room got stuffed full with everything we just wanted out of the way for a while.

I didn't take a proper before picture, so here are some half way through pics. Stupid chandelier lights make it really hard to get a good pic. 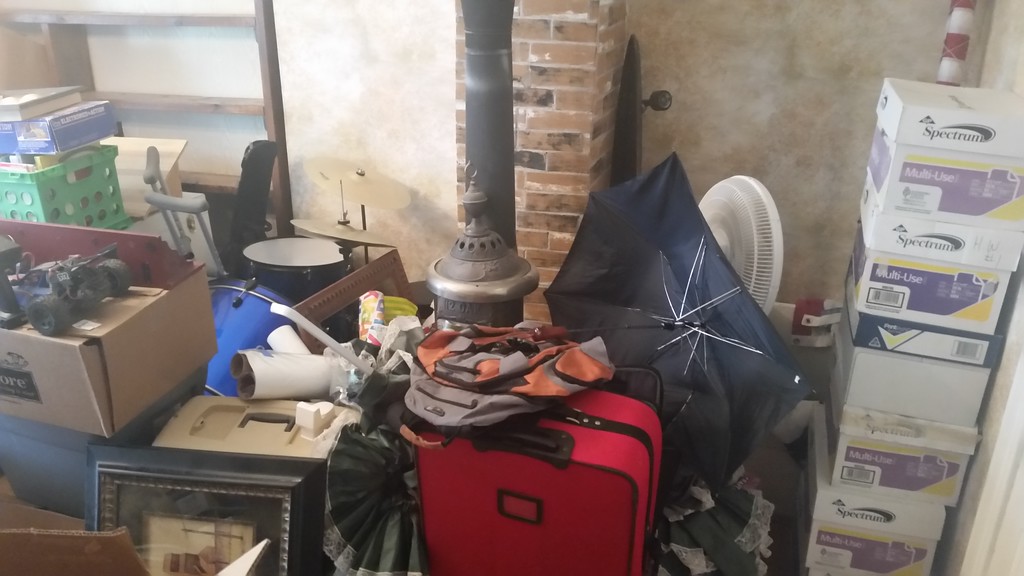 The whole center area was stacked up with totes, bathroom stuff, and clothes / blankets in garbage bags. 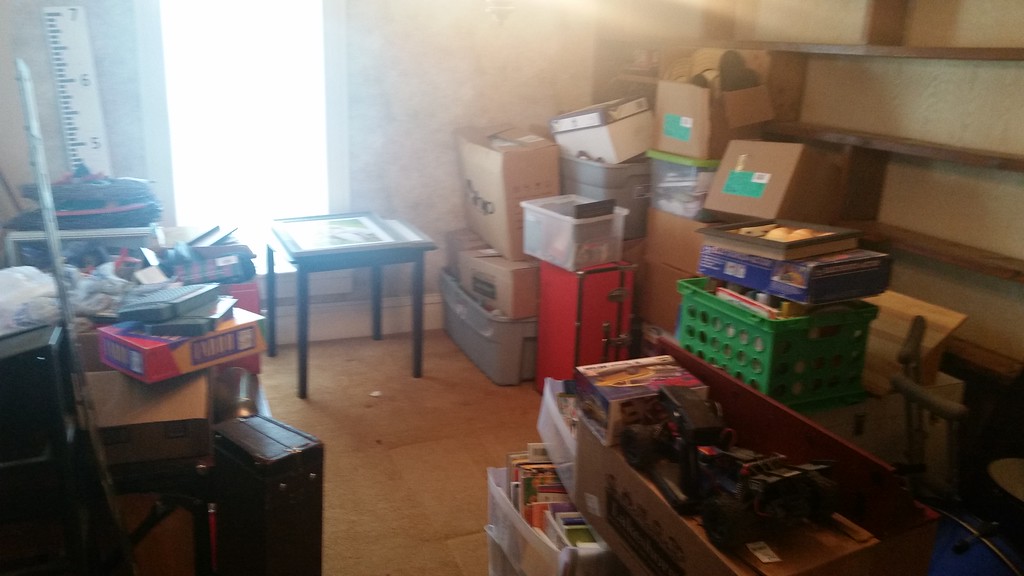 I relocated a bunch of the long term storage stuff into a closet, got the bathroom type stuff put up in the laundry room storage, and the board games moved to their new home in the built in cabinet downstairs. The rest of it got re-stacked and a little more organized.

There was a built in bookcase right here, so there wasnt any carpet. You can see more wood floor. I think the wood floor upstairs is going to be REALLY rough when we eventually rip up the carpets. Can feel all sorts of wonky things through the carpet.

And that brings us to our next Hidden Treasure.

This little stove was left behind. Aside from the little electric heater built into the bathroom ceiling, this is the only "permanent" heater upstairs.

It's a 112 Oak model, made by the Peninsular Stove Co. 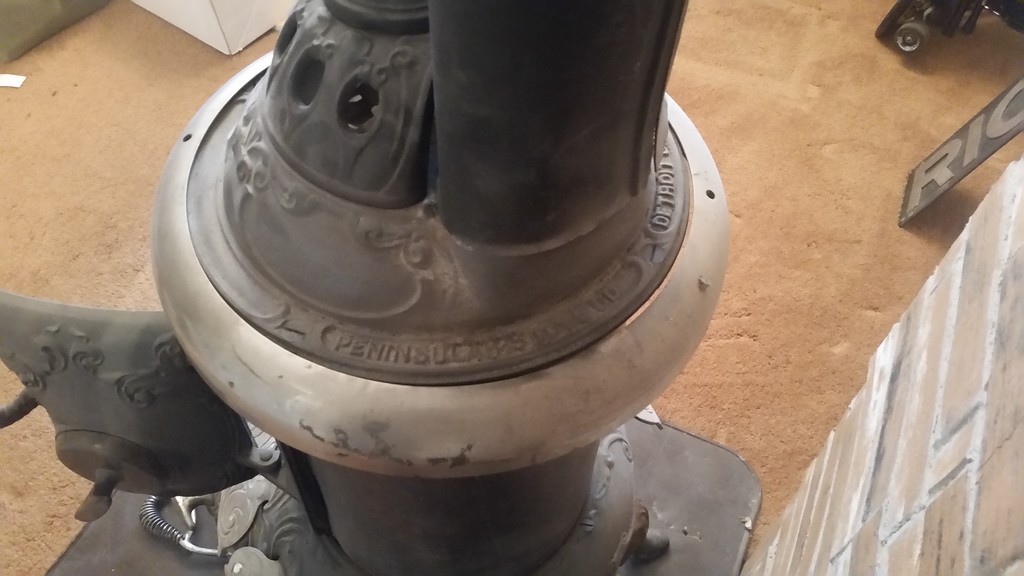 Neat little stove that appears to be in great shape. No proof for sure but from what I could find on the internet it was probably built around 1920. Don't know that it'll put out much heat but we'll give it a try and see how well it works. Chimney may have some issues too, its a little to short apparently, and sometimes doesn't get the best draw.

Finished with the library for now.

Stove's all dug out and "useable".

Trying to decide what to do with these ginormous book shelves.

And here's a little sneak peak at a future Hidden Treasure report- The table was also left behind... Solid would and weighs a LOT.

Managed to get all this done Sat. morning, and still had time to get a couple of paying jobs done in the shop and have a wiener roast in the fire pit last night!
Posted by dorkpunch at 1:33 PM

I'm thinking I can help you with your empty bookshelves.