So... I really don't think this is all that great, but I have wanted to build a cafe racer since before cafe racers were cool.  I wanted a supermoto before anyone knew what they were.  I wanted to build a "replica" board track racer of a Flying Merkel, but every single time, someone beats me too it.  I just never have the time or money to do it before it gets cool.  That means that the next big thing will be home built frakenstien military bikes- and I'm already starting to see "zombie apocalypse" bikes, which means my next great idea will have been done before I get a chance to do it.

Anyways, I've been working on this for well over a year now.  This bike is POJ, if you read back aways I wrote several "chapters" about finding and fixing it up- it was my first ever bike.  I am slowly working on turning it into a Cafe, but without and permanent cutting / hacking so I could someday restore it back to original if I wanted.  Its getting closer, but I hit a snag trying to find a plug for the oil pump, so I thought what the heck, lets try making a tank.

Here's where I'm at. 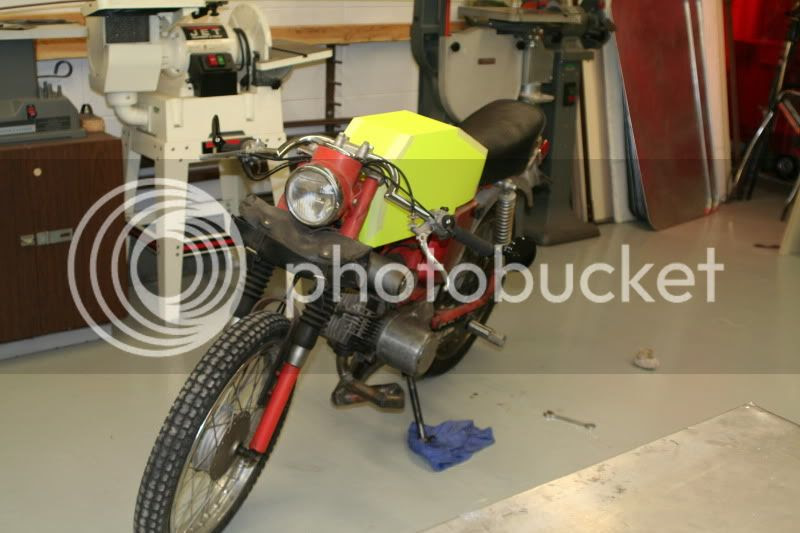 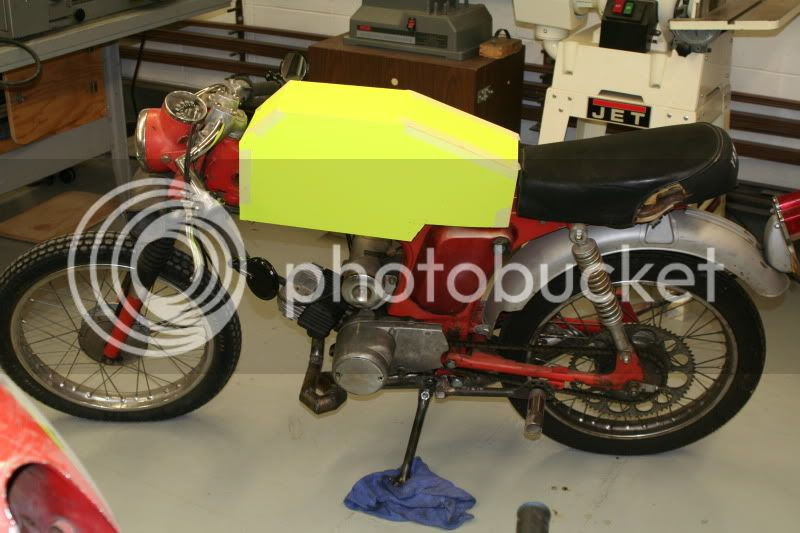 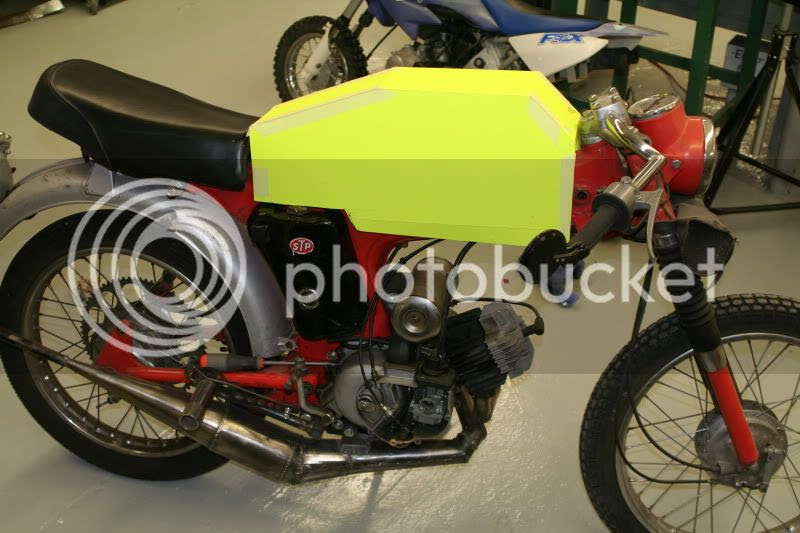 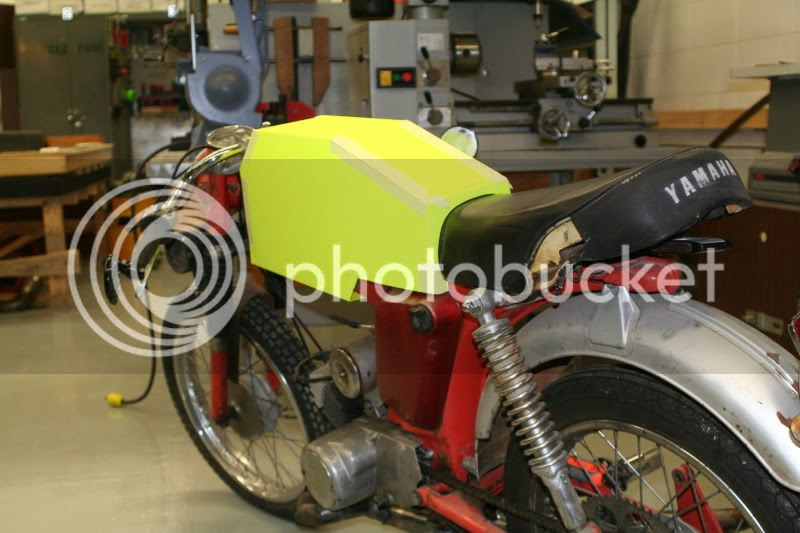 Pretty ugly, but its a start.  The seat will get cut way down and the tank will be cut down an inch on the top and almost two off of the bottom, marked with the lines here: 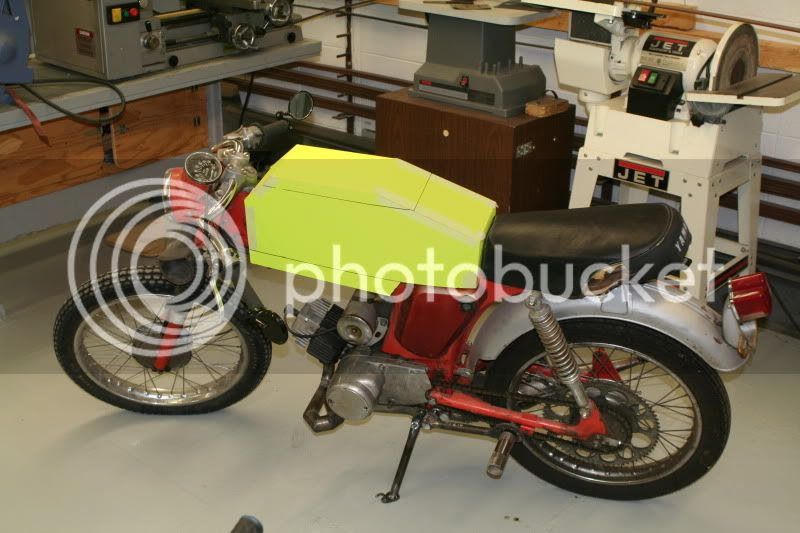 It's been a fun project, just a very slowwww one.  I plan on making the first tank out of plain old cold rolled sheet, but I'm going to try brazing- something I've never done but would like to at least be able to show my students.  If all goes well, I will make a second one out of aluminum sheet.  Never really worked with aluminum, so that could be interesting.  REALLY need to figure out what to do about the oil pump plug and finish up the kickstand and rearsets- they are close, just need a spring for the kickstand and a cross brace for the rearsets.  Yes, those are bmx bicycle pegs for foot pegs...
Posted by dorkpunch at 11:16 PM

I bought a '67 YL2C a couple of years ago and have been watching your progress on your cafe racer for a while. Nice work. I just realized today that I live just down the road from you. I'm in Ammon. I removed the oil pump on mine, but it was a bigger project than I expected. I can fill you in if you're still looking for a solution. I'm having what I think are some timing issues on mine right now, and I'd love to pick your brain sometime if you're willing. Let me know. Also, my wife grew up in Groveland. Are you a Blackfoot native?

Cool! I'm not a Blackfoot native, but I spent a LOT of time here every summer growing up and have a fair bit of family in the area. I probably know your wife's family- we live in Groveland. Small world! Would love to hear your experience with the oil pump, looks like the side cover has to come off to get the gear / shaft off.

I have a lot more done on the cafe and will put up a post maybe later this week.

You do have to crack the case open to get the oil pump gear out. It was a mess, but nothing too difficult. Then I just made a small plate to cover the hole on the carb cover side. My in-laws are the Burnsides. Maybe you know them.