Today was the Pocatello Qualifier for our FLL robotics teams.  I had two teams again this year- one of 7th and one of 8th graders.  It's been a looonnnggg couple of months prepping for this- most of which felt like I was talking to myself, but as usual, the teams managed to really pull it together in the last week.

This years challenge was centered around Senior Citizens and problems they may have as they get older.  The competition has four parts- Core Values (teamwork), Research Project, Robot Design, and everyones favorite, the Robot Competition.  Neither team did well in the Robot competition- the 8th Grade team "The Old Farts" could have gotten a boatload of points if everything had gone perfectly, but they had some sensor and battery issues that kept them in about the middle of the pack.  The 7th grade team (S.L.O.- Senior Lego Organization) didn't have any working programs at game time, but over the course of the day managed to get a few working between rounds.

The Old Farts even managed to win one of the Core Values awards, and are going to the State Tournament in Twin Falls!  Hopefully the extra month will give them time to work out the bugs in their programs.

Some pics from the day.

Setting up in the pit. 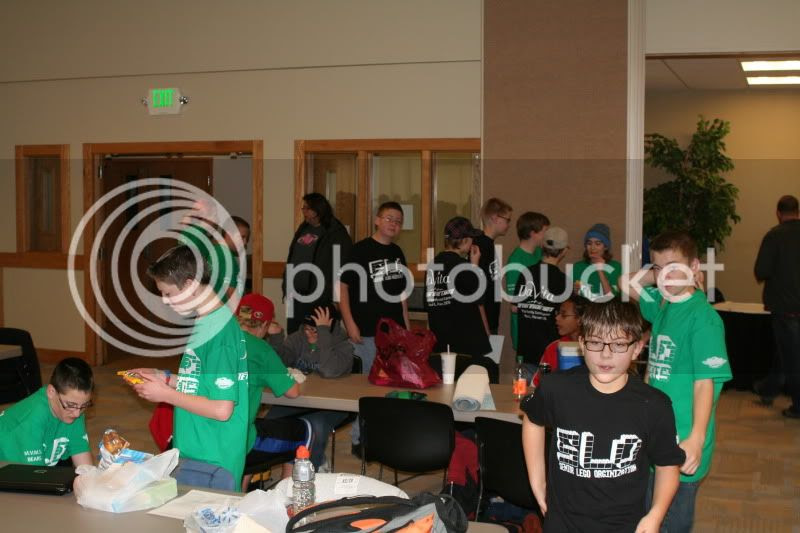 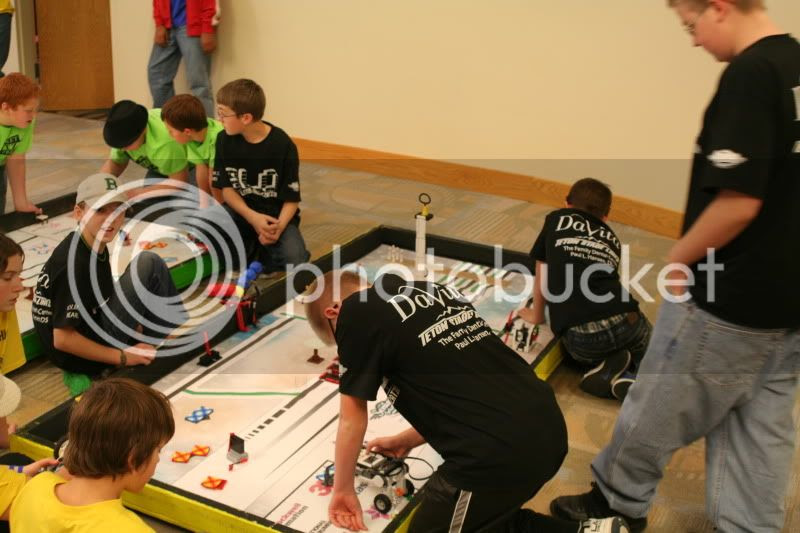 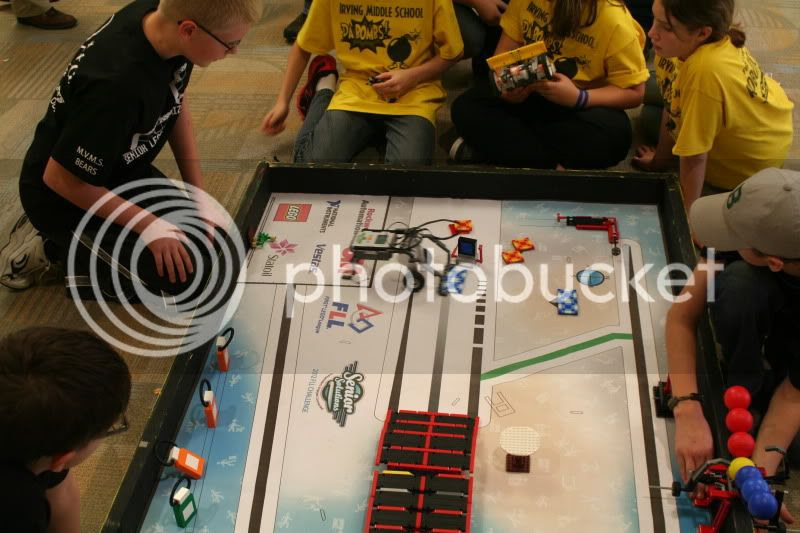 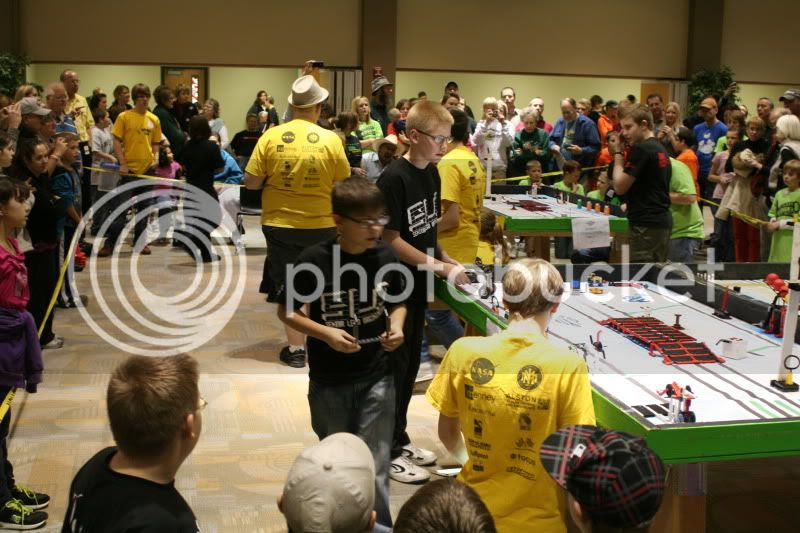 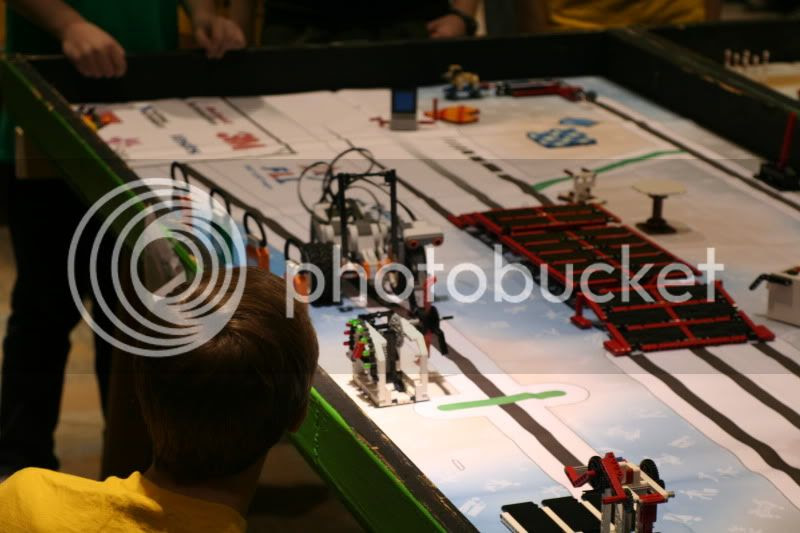 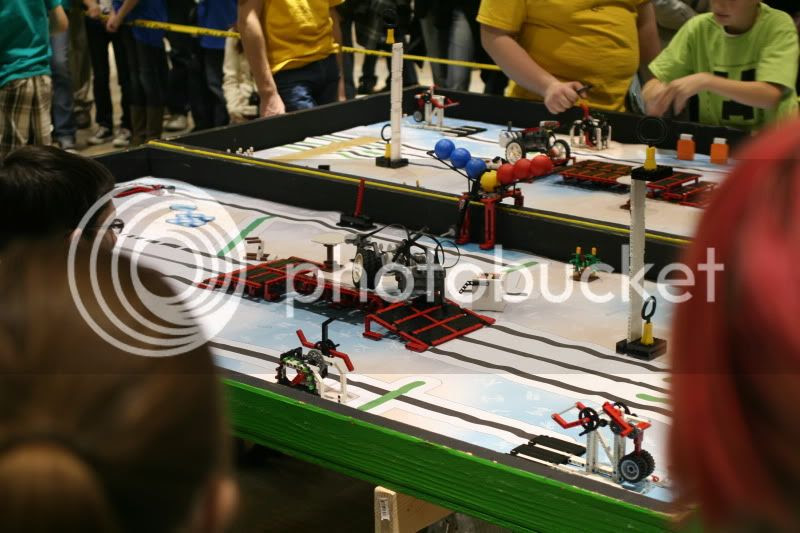 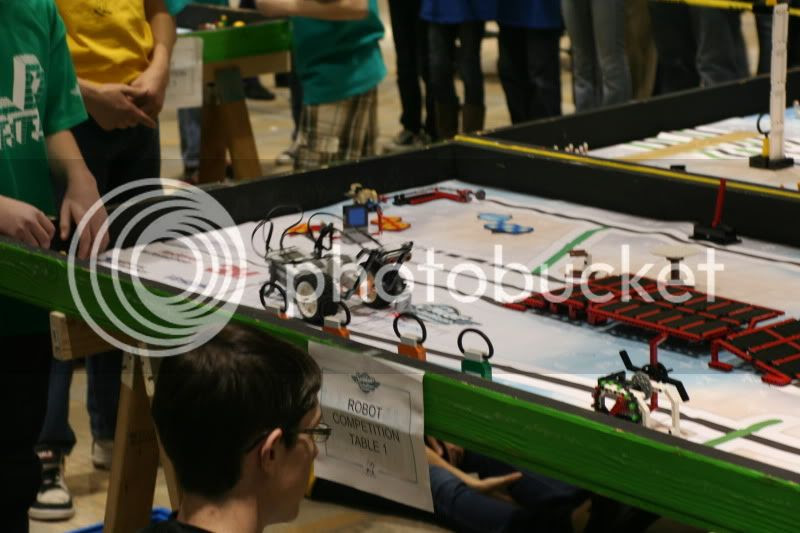 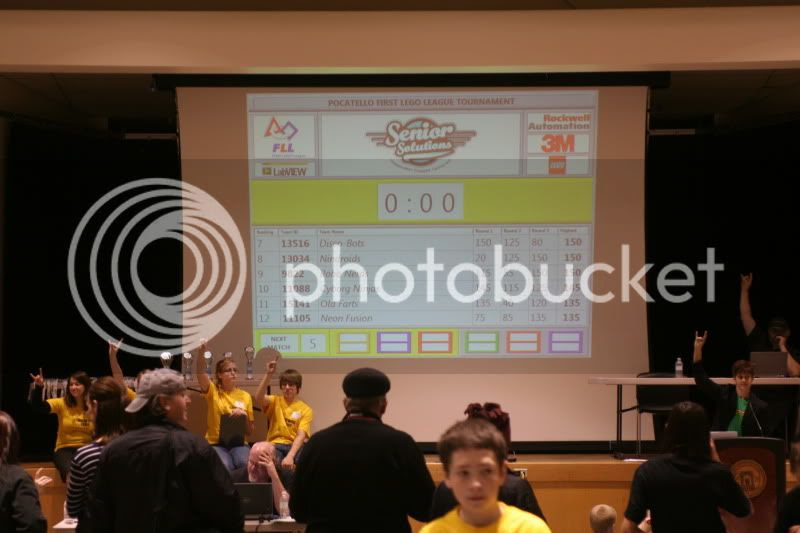 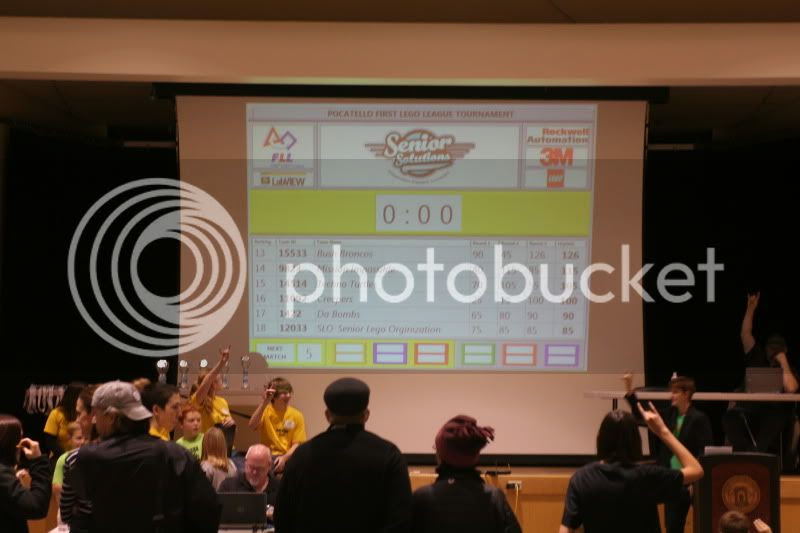 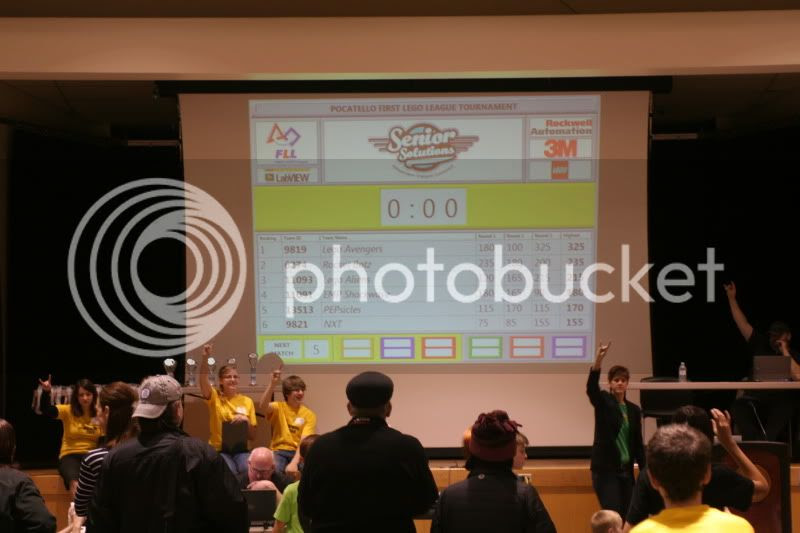 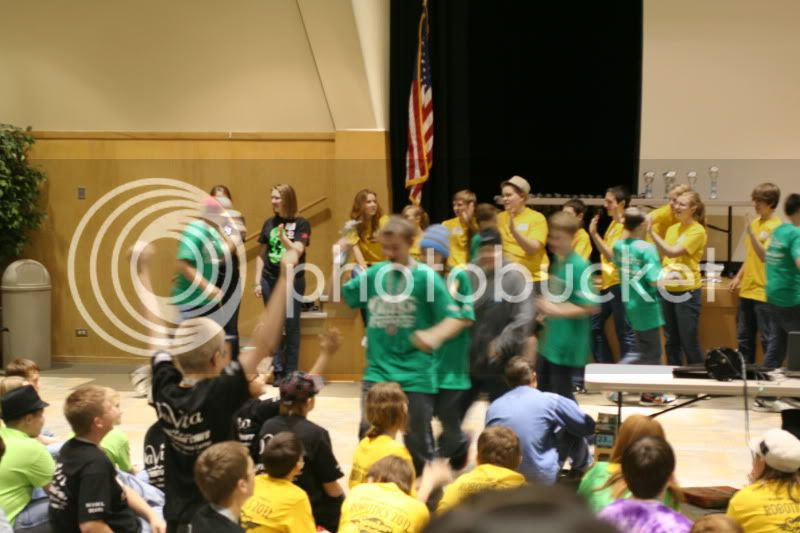 Long day, glad its over and everyone had fun.
Posted by dorkpunch at 9:43 PM