Day 2: Hank the squirell and the Three Frogs.

Left Rainbow Point campground by Donnelly about 10:00. Slept in a bit, felt good. I'm not in any hurry and don't really have anywhere to be, so why not enjoy it?

Today's ride was pretty tame. It ended up being my shortest day as well. It was interesting to go through some of the towns- Riggins, the "White Water Rafting Capital of the World", then Hells canyon was definitely cool. 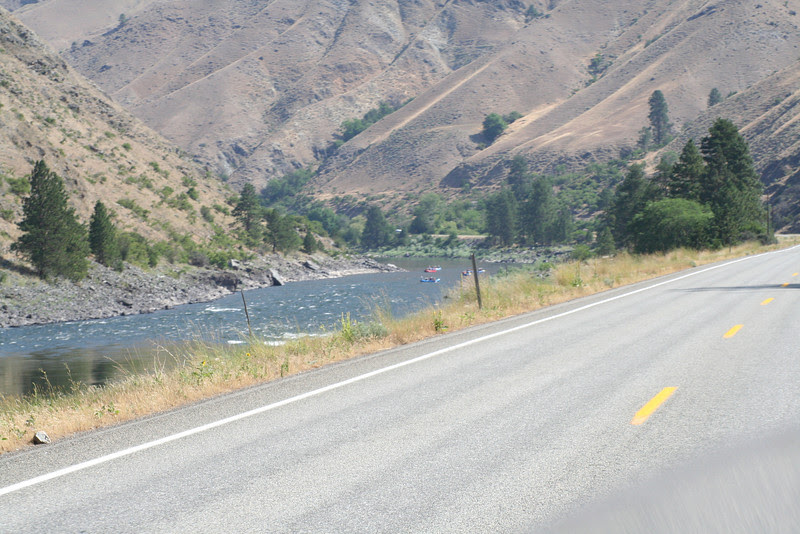 These are from near the top of Hells Canyon. 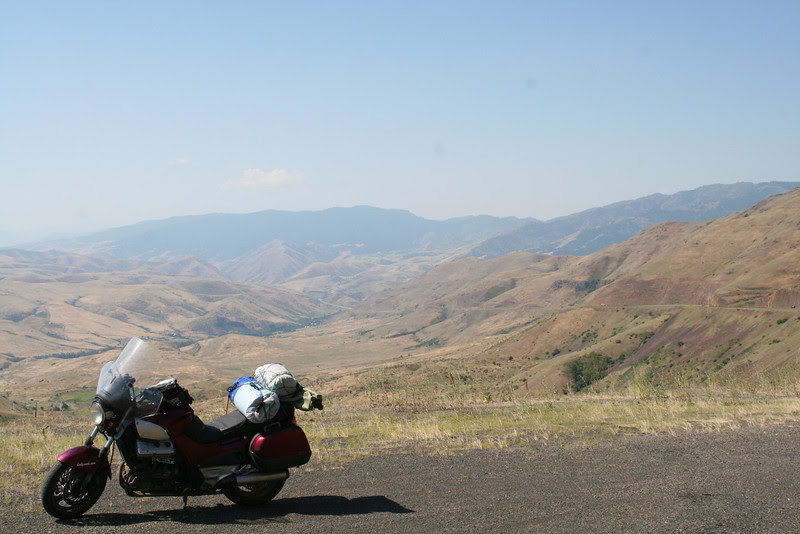 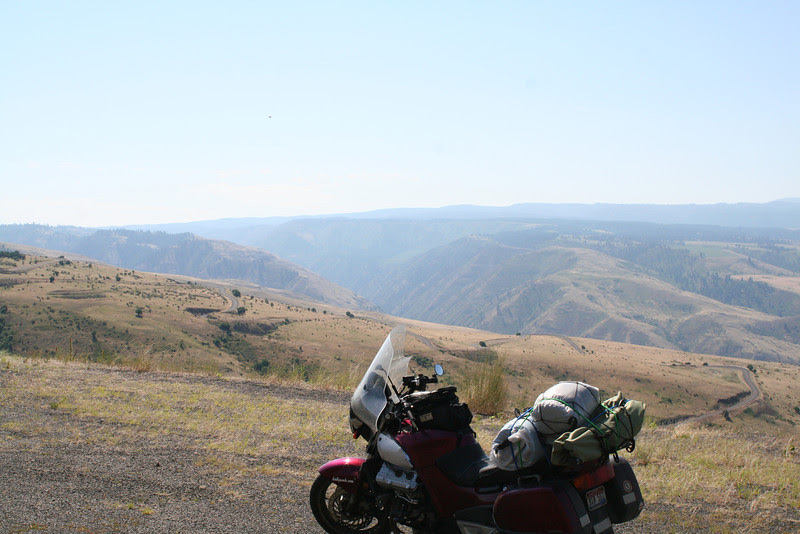 It was a looonnngggg hard pull to the top, but flying past all the cages struggling up the hill is what makes it so much fun! 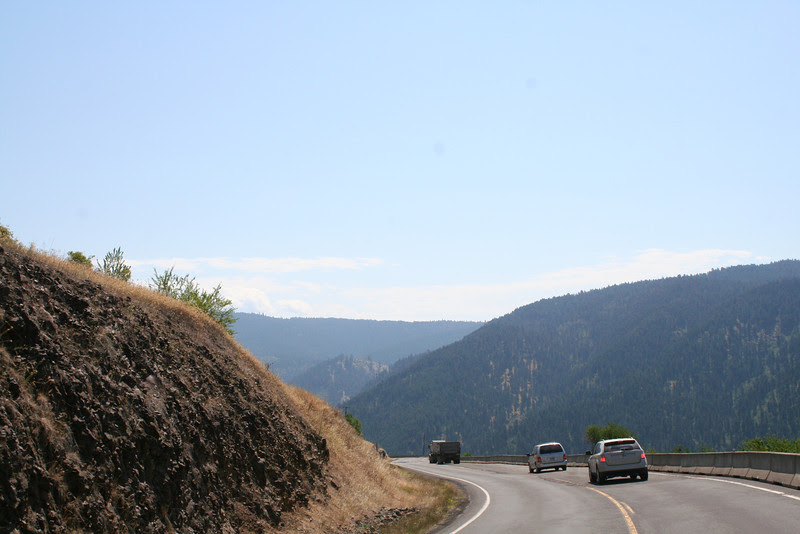 Then I saw THIS: 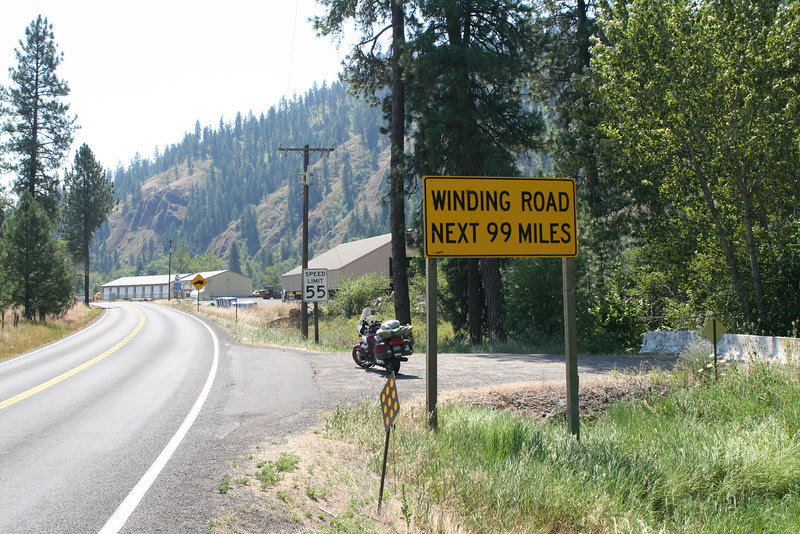 And then I got a bee IN my eyeball. Tried to take a pic but apparently I managed to blink it all out. Hurt for a couple of days after.

Note to self: VISOR DOWN. Even with the windshield on! 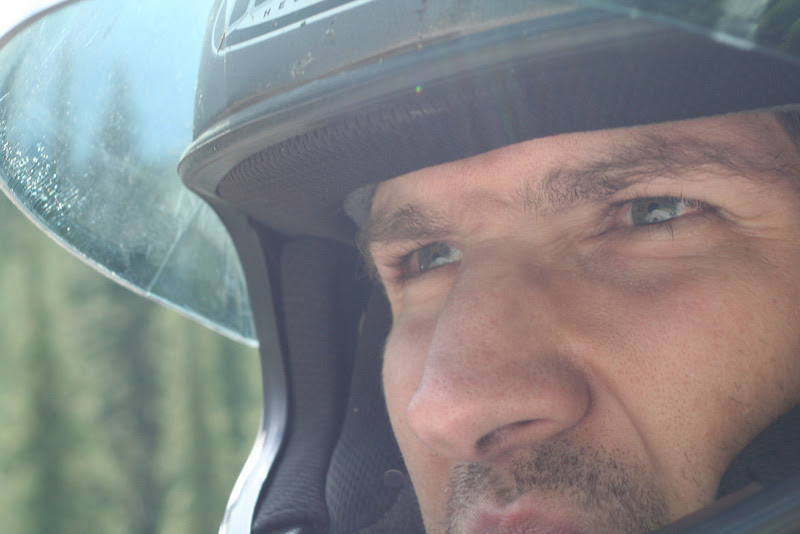 I had stopped in White Bird (?) at a grocery store and bought some lunch. Made it to this campground- Wendover, and stopped to eat. Nice shady place, superb campground, with great water right out of the hand pump well! 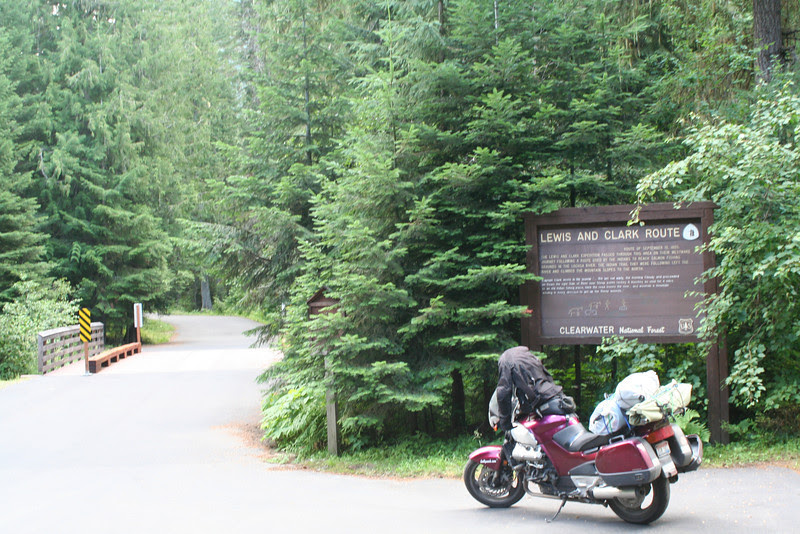 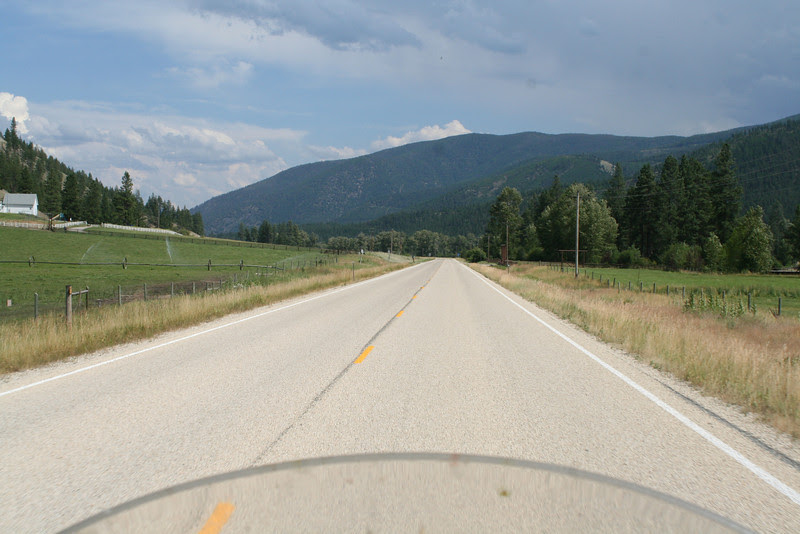 Moooovin on! (lyrics by MxPx?) 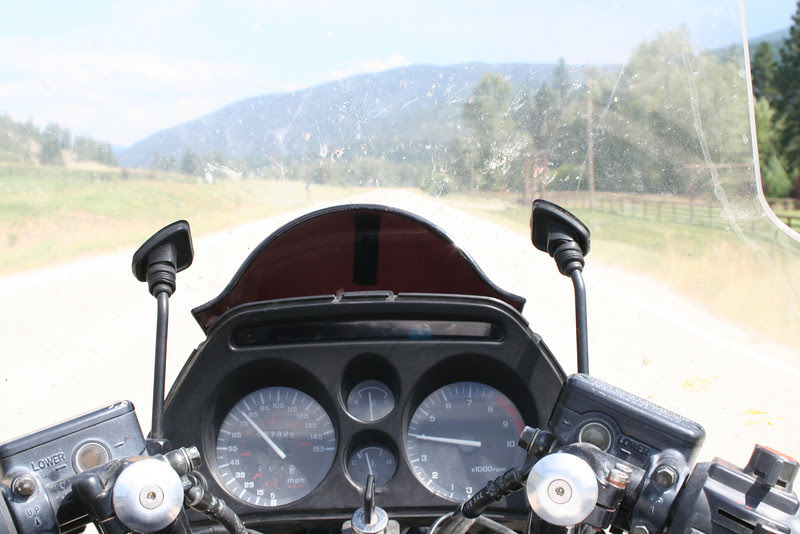 I did hit one INCREDIBLE stretch of road- Hwy 13 between Grangeville, Id and Kooskia, ID. AWESOME. Made the entire day worth it! Even managed to scrape the pegs on both sides a time or two through there.

I *really* wanted to ride up Hwy 14 to Elk City, because I've heard it is a great road. I stopped and debated, but decided I didn't have time for an extra 100 miles.

In hindsight, I should have done it.

Ah well, something to do next year. 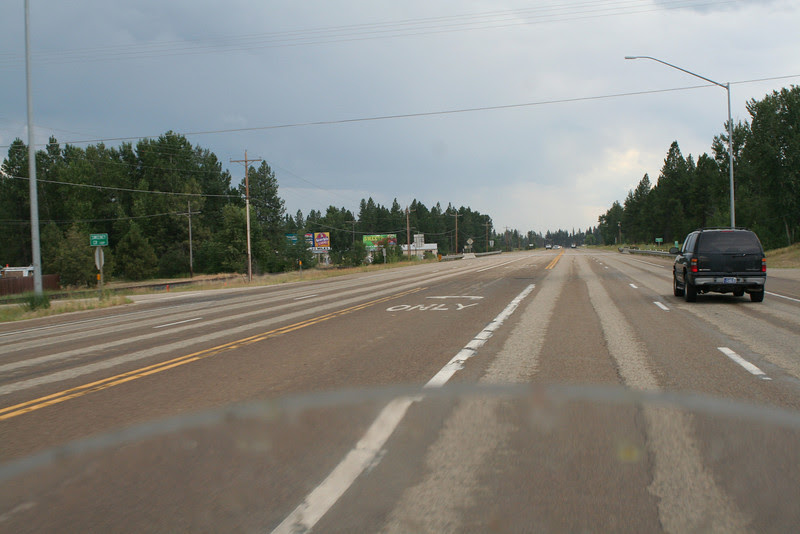 And right where I'm headed... 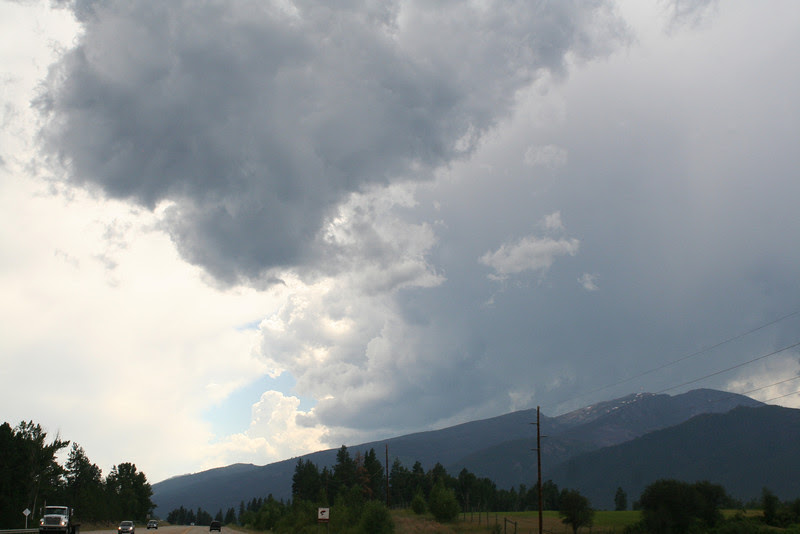 I made it all the way through Lolo, MT and down past Hamilton to my campground- the Three Frogs on Lake Como. 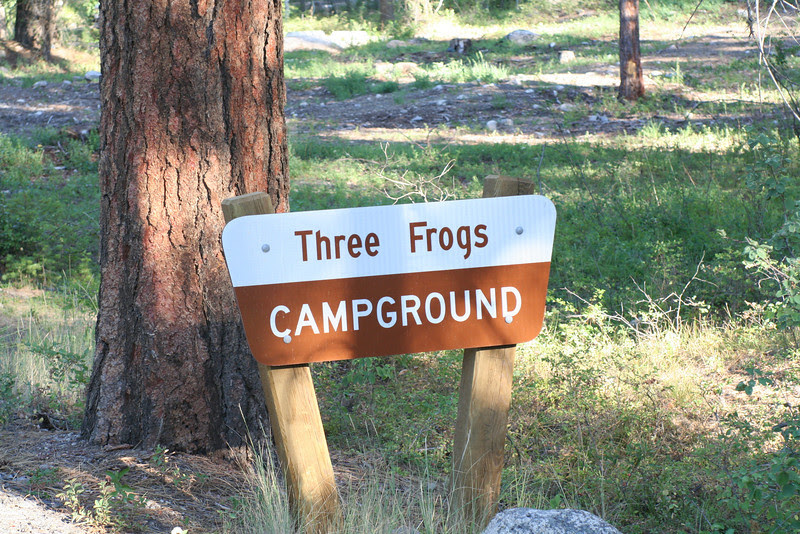 I thought the lake was going to be teeny, but it was actually a very good sized lake. Had the campground mostly to myself too! 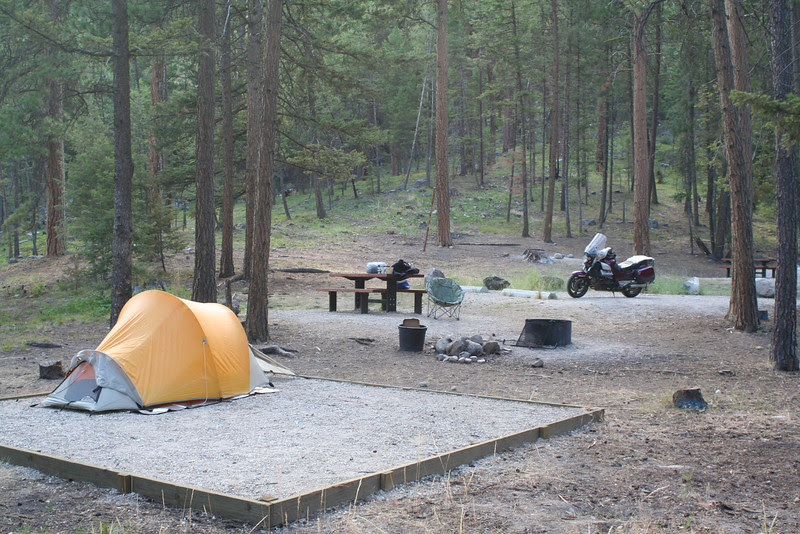 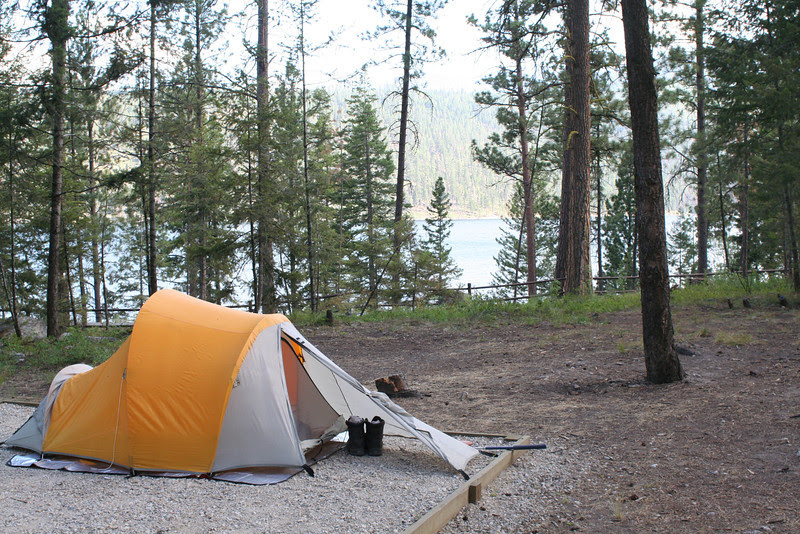 Was sittin there in my chair and I heard a *thunk* over by my bike. Turned around to see this little guy... 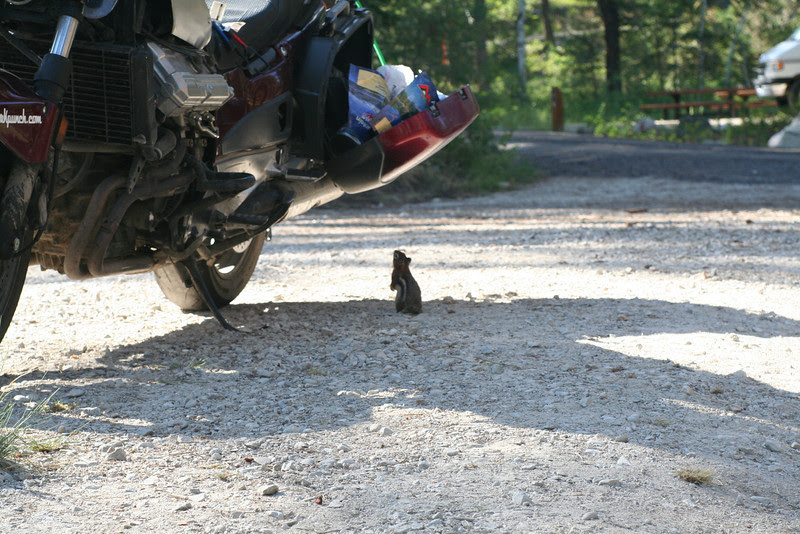 He was intent on getting into my food... I named him Hank. He climbed up tires, he climbed up the kickstand, he just couldn't quite make it. Then he tried jumping- and smashed right into the side of the case. 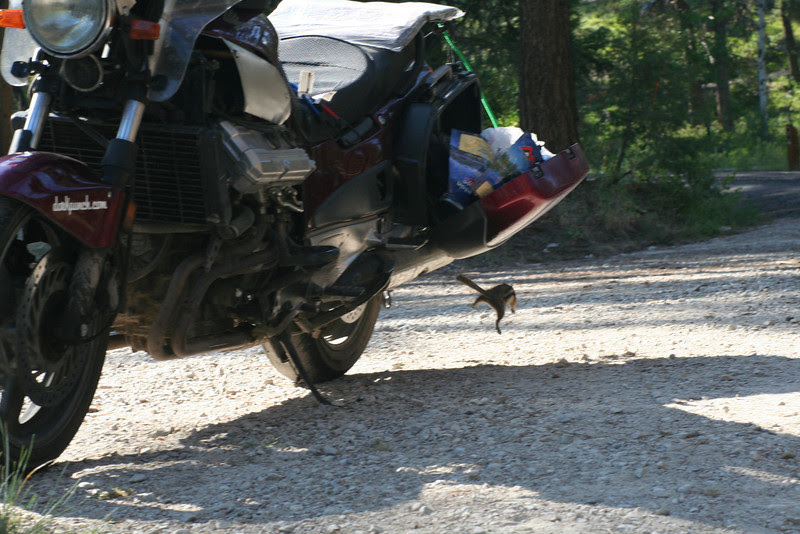 He got a little smarter and eventually jumped up on the passenger peg and then into the case. 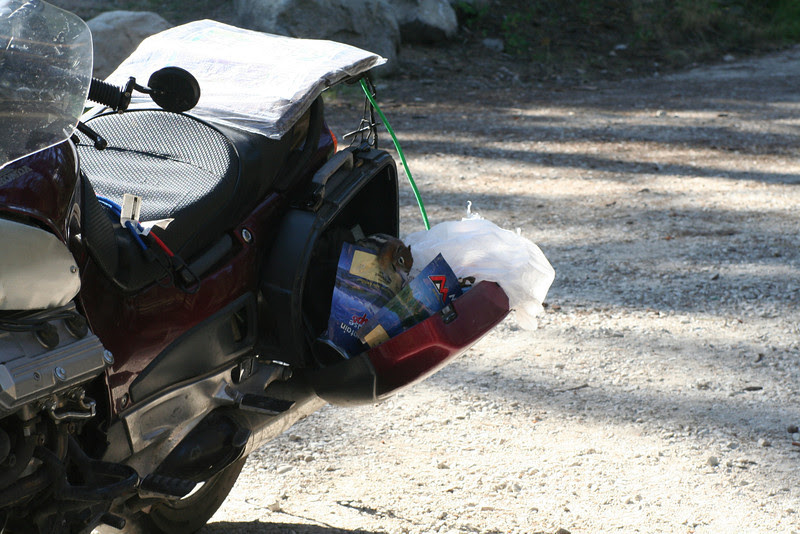 Think he wants to go for a ride? 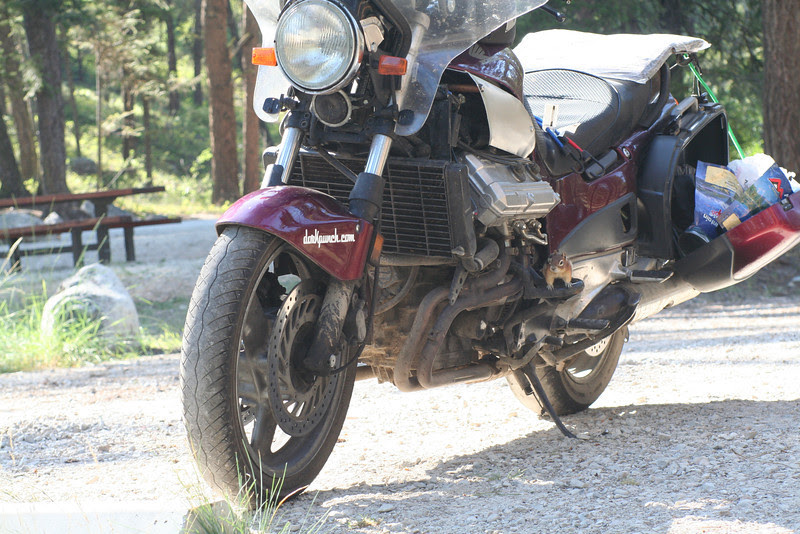 Lake Como was great. I was super hot so I even went down and jumped in the lake for a bit. Felt awesome, and it was hot enough that I dried off lickety split. Good thing, I didn't bring a towel.

There's where I jumped in: 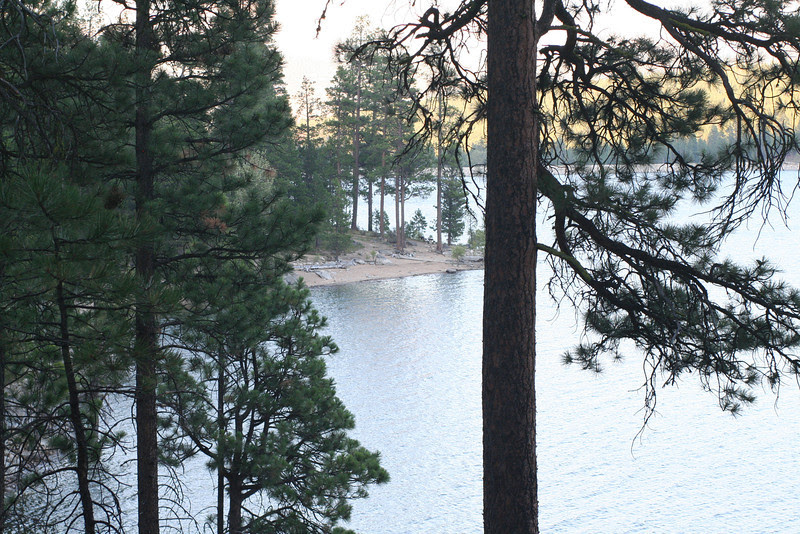 Went for a hike that evening around the lake. Made it about a mile up and then turned around but found all sorts of cool stuff- 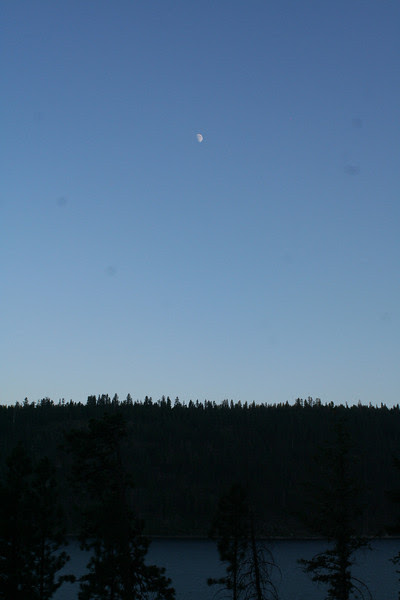 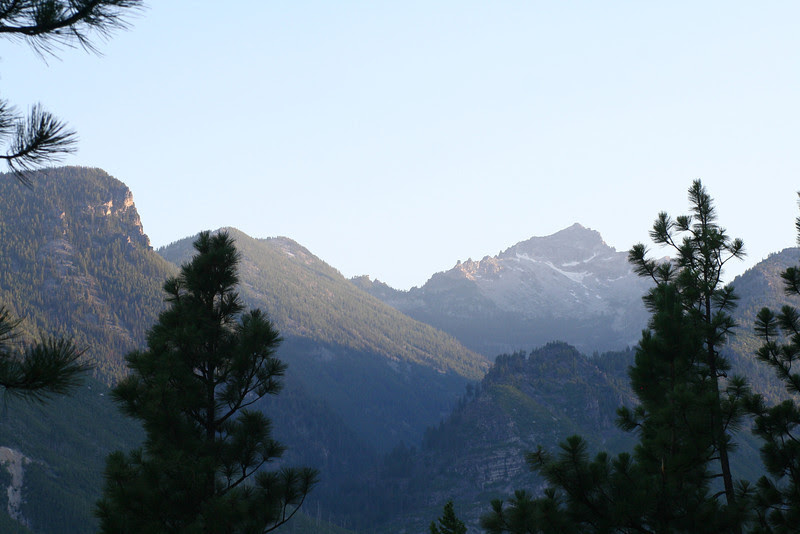 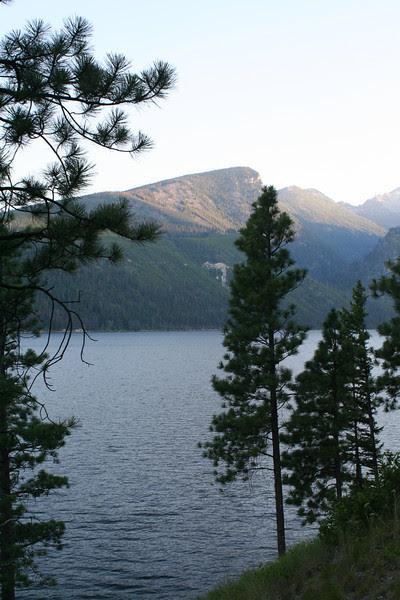 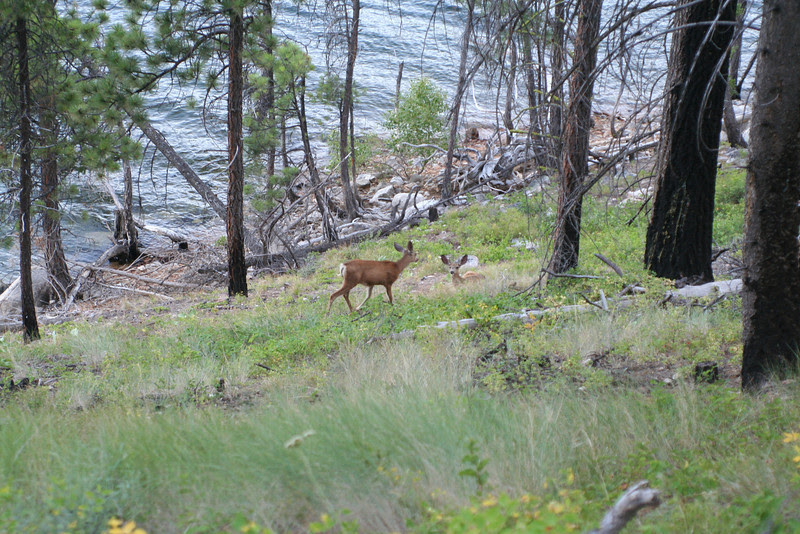 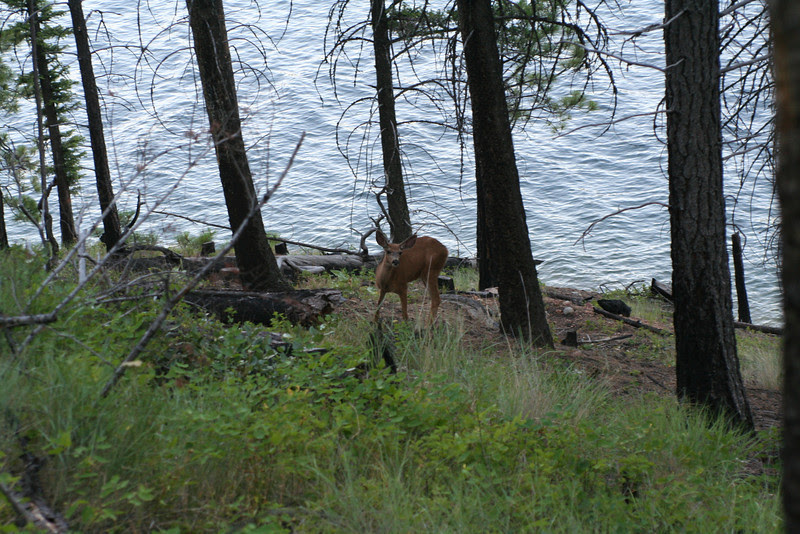 Some goofy guy with a propeller head: 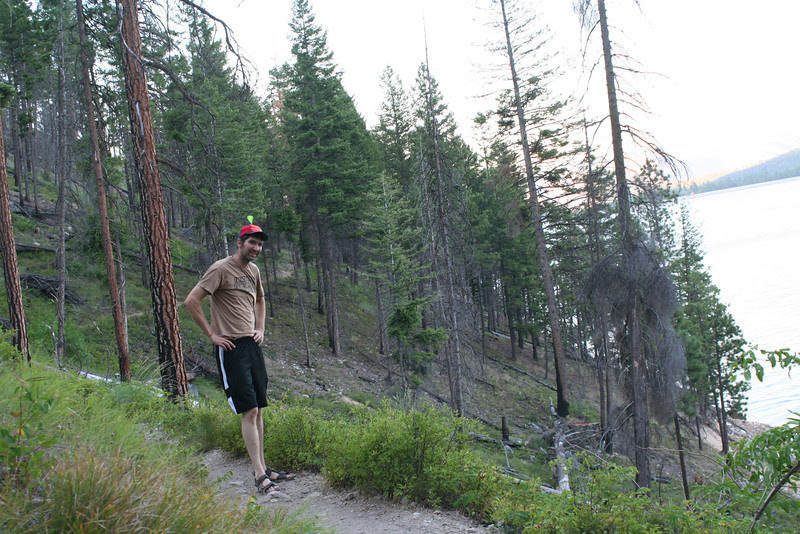 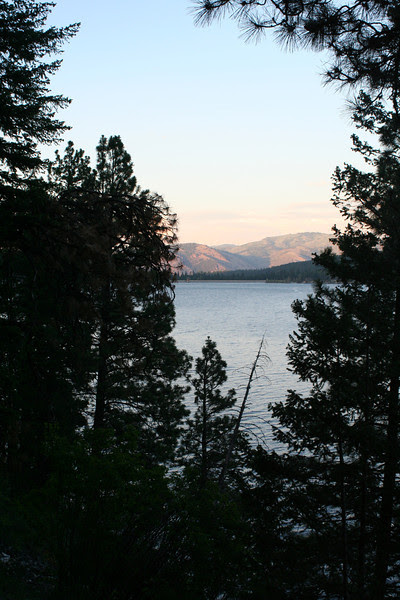 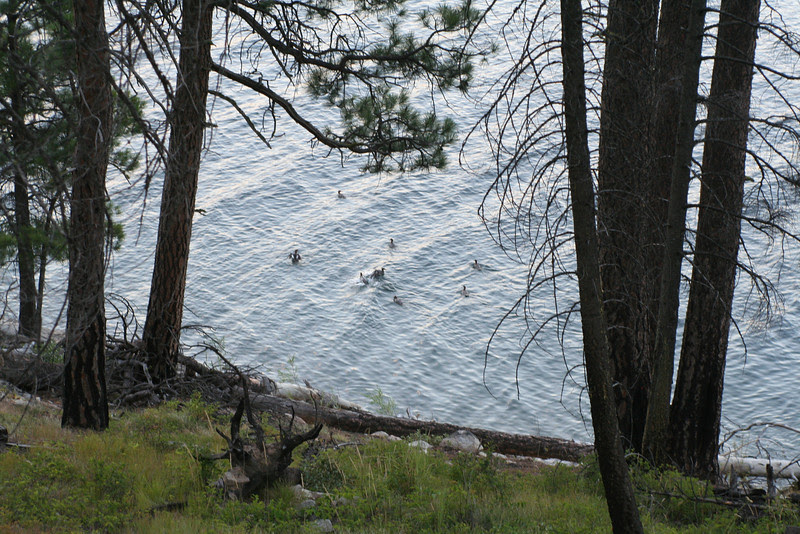 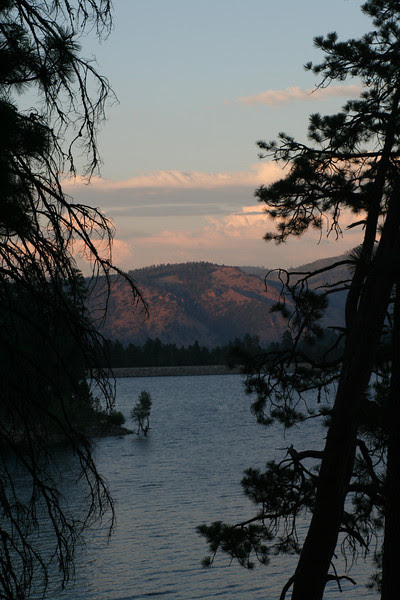 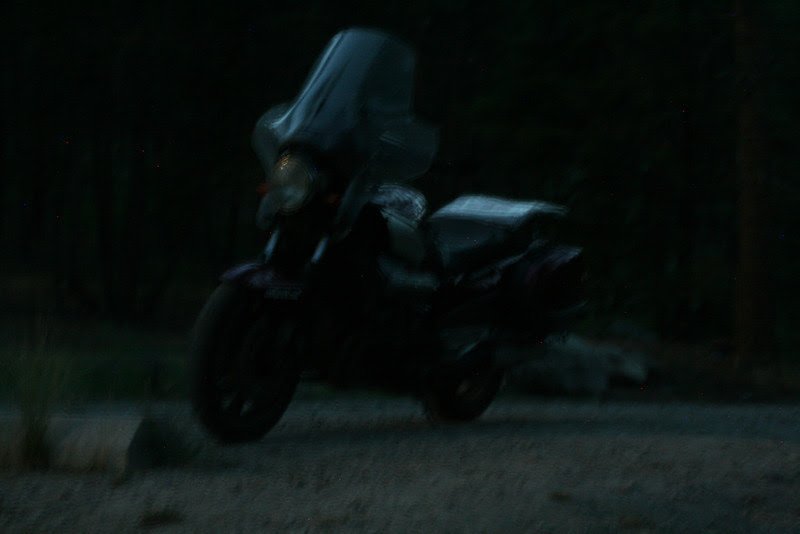 End of the day: 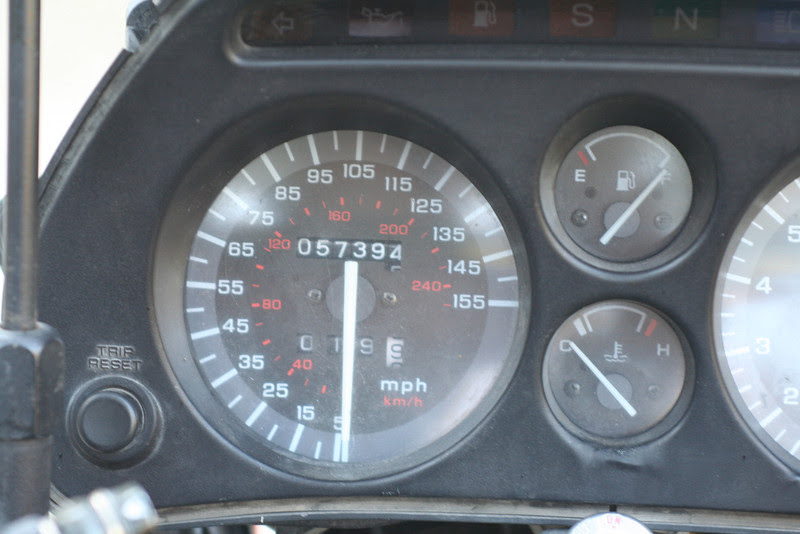 Was hoping to keep the costs bellow that... Part of the reason for this trip was to get a better feel for the expense entailed- I WOULD eventually like to ride to Alaska you see.