Just finished up the Lego Robotics unit with my Tech and Design 2 class.  They did a great job for how little time we had to build and program!  Wish I could have had them work more closely with my FLL Teams, they could have taught each other a lot. 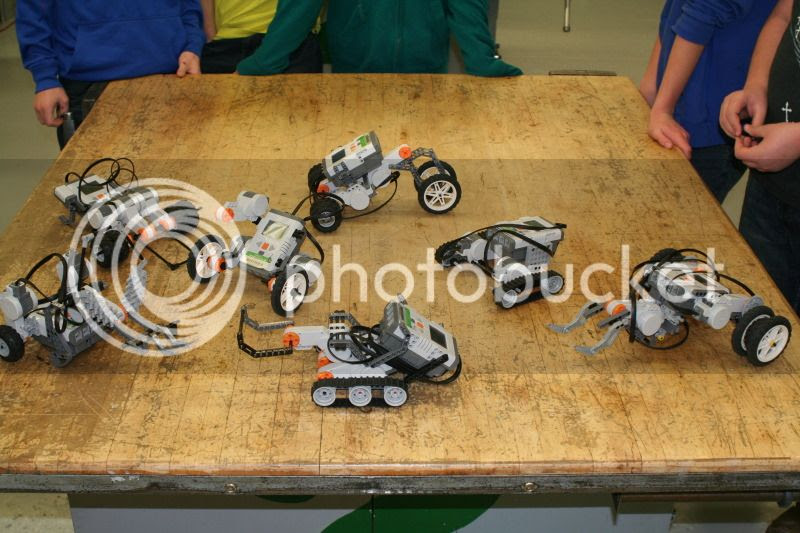 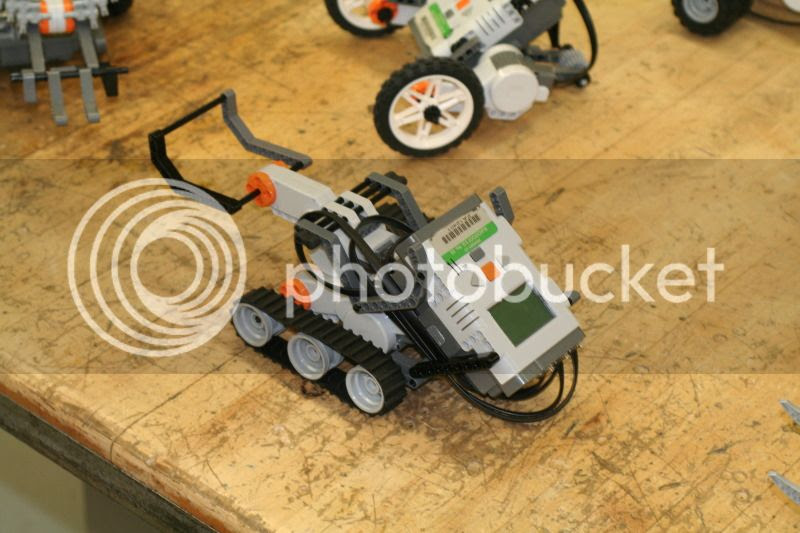 I let them do a demolition derby before we took them apart... They quite enjoyed that part.


Also got the first batch of air engines done!  We have several up and running, but they were dissassembled for welding.  Mine is the one on the left, the other two are students.  Not bad for a bunch of 8th graders! 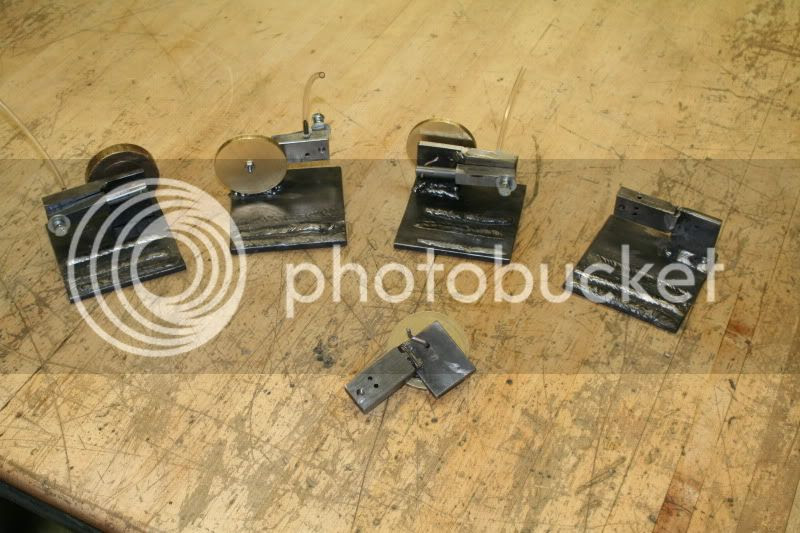 The end of the tri marches ever closer.  Just started leathers in one class and bicycle repair in another- LOTS left to do!

One last thing- real quick update on the Mendelmax 2.0.  I got an email from Maker Tool Works the other day saying they had discovered a bug in the beta kits and were in the process getting parts made to fix it. I opted to have the original parts shipped now so I can start assembling- the new parts will be free of charge other than shipping- part of the deal with it being a "Beta" kit.

The kit wasn't even originally supposed to ship until yesterday, so they aren't too far behind. I understood up front that the printer is still under development and that this was a possibility, so I'm not too worried. Still havent seen hide nor hair of the drivers and controller board though... getting a little worried about that.  Hopefully more info coming soon!
Posted by dorkpunch at 6:21 PM