New project to, uh, keep me out of trouble? Yeah, like I don't have enough projects going already... Had this idea kickin around, and have been wanting to test some capabilities. Seems like this is a good way to do it.

Been learning a TON about Sketchup through this process too- For the most part I've only been using the base free version of it with no special add-ons. Downloaded and installed several plugins and am blown away with the capabilities of this free program. Lofts, skins, fredoscale, all sorts of ruby's that can do cool stuff. Here's what I've got done so far. 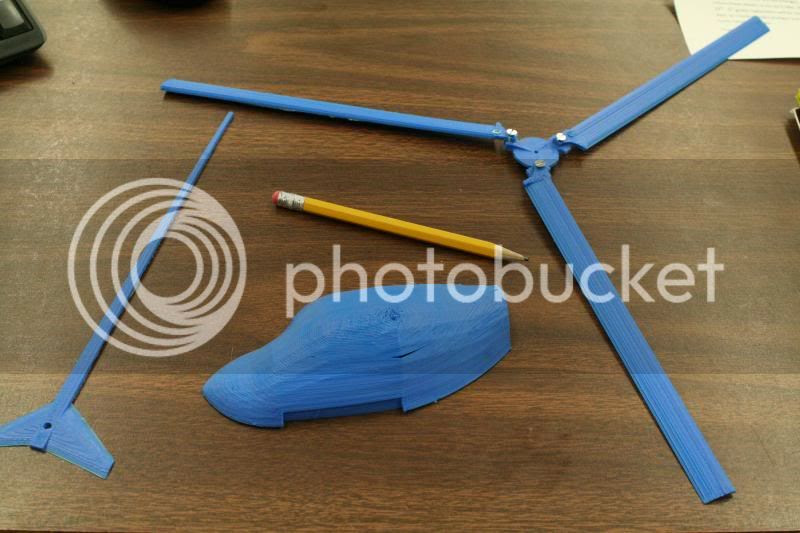 Blades and tail fins were made by using a loft tool and "skinning" a wireframe shape. Super easy. 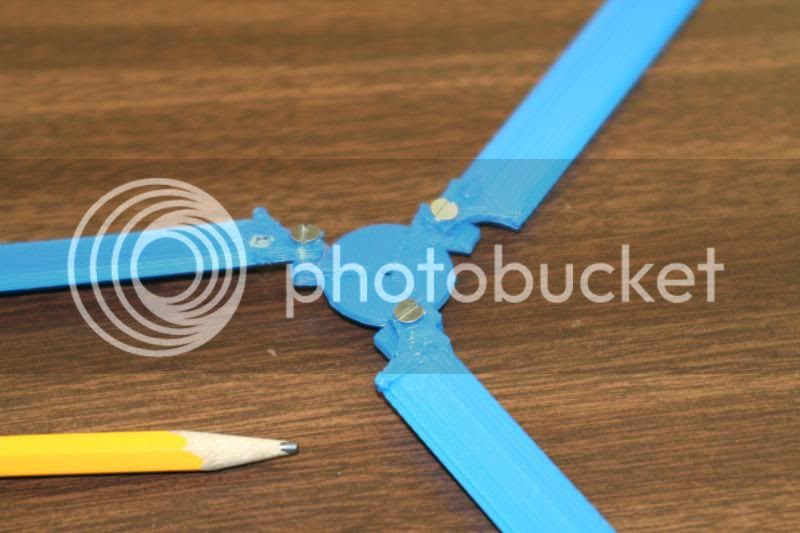 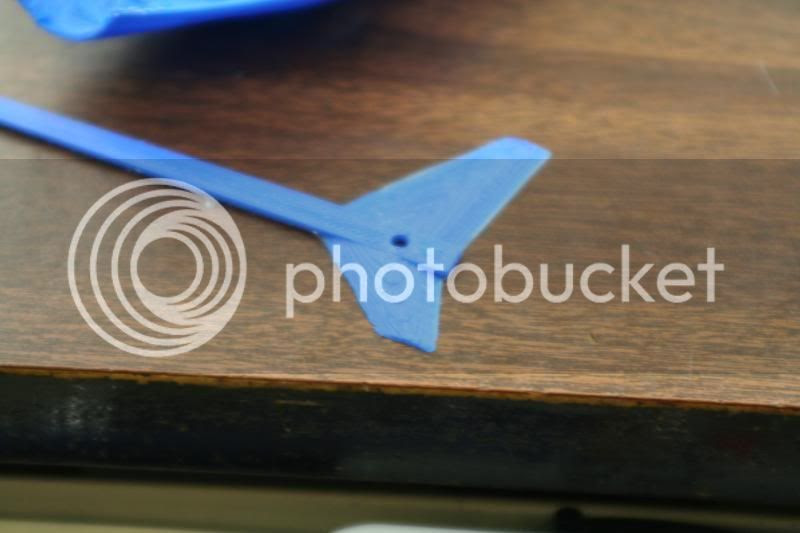 The shell was a little harder. Made it again with a wireframe, then skinned it. The hard part was getting a thickness to the shell- used the freescale tool to push/pull it out to 1mm thick, but I had to do a lot of cleanup to the lower edge to get it to sit "flat" on the printer plate. 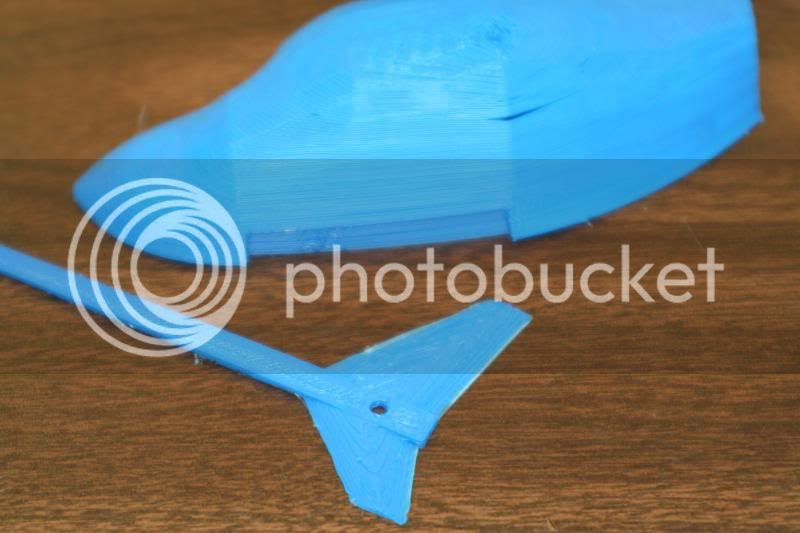 Main reason I wanted to do this was to test the "overhang" capabilities. I'm impressed. The inside isn't all that pretty but overall I think it came out GREAT. Will probably add one crossbar in the center for additional support and to help attach it to the inner frame I still have to make. The center wouldn't have been so melty if I'd been able to move the extruder when the print finished. Need to change that in the gcode so the heat doesn't soften parts if I cant get the part off right away. 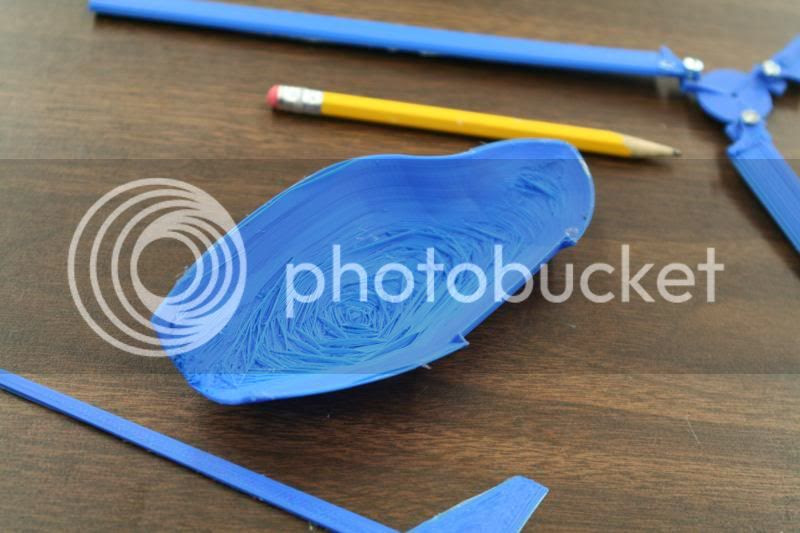 I think it's turning out great for just spitting a few things out of Sketchup to practice on. We'll see how the finished product turns out.

On an educational note- my students started working with Sketchup this week.  That means in another week or two, they should be pretty close to having some printable projects, so watch for some 7th grade Hotwheels!
Posted by dorkpunch at 6:20 PM