Just because I don't have ENOUGH things to do...

I started something new today.  I've been wanting to try my hand at building custom Hotwheels for a while now, and figured it was time to give it a shot.  Actually, I hold Dj iWeb fully responsible for all of this... I keep seeing all of his awesome customs. I have one project in mind that I really want to try, but I don't want to screw that one up so I came up with a "practice" project.

My practice project is based on a Volkswagen single cab a fellow I know is restoring.  You can see his real true (baby) blue single on his blog: http://frankieflood.blogspot.com/ You might have to scroll though a fair bit of stuff to find pics of his single cab but he has a TON of cool stuff on there anyways, so have fun!

Without further ado, my latest figure-something-out project. Start with these guys. Almost too cool to chop up. Thats why I bought 3. 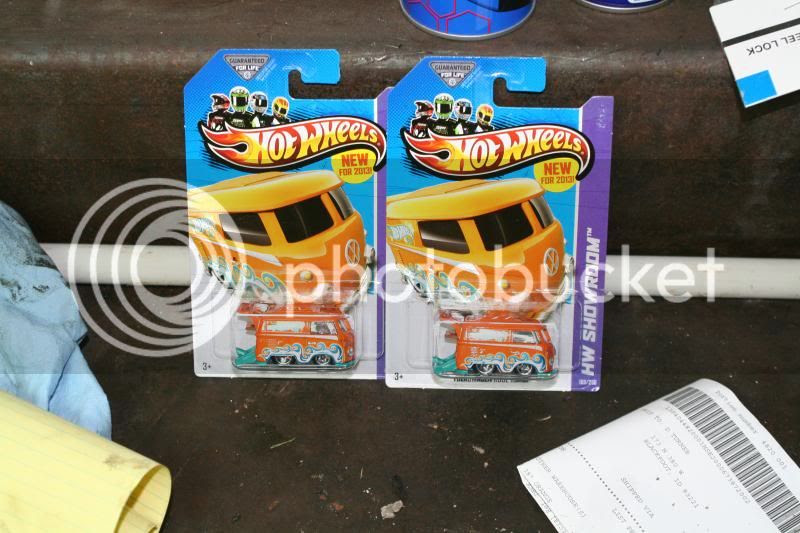 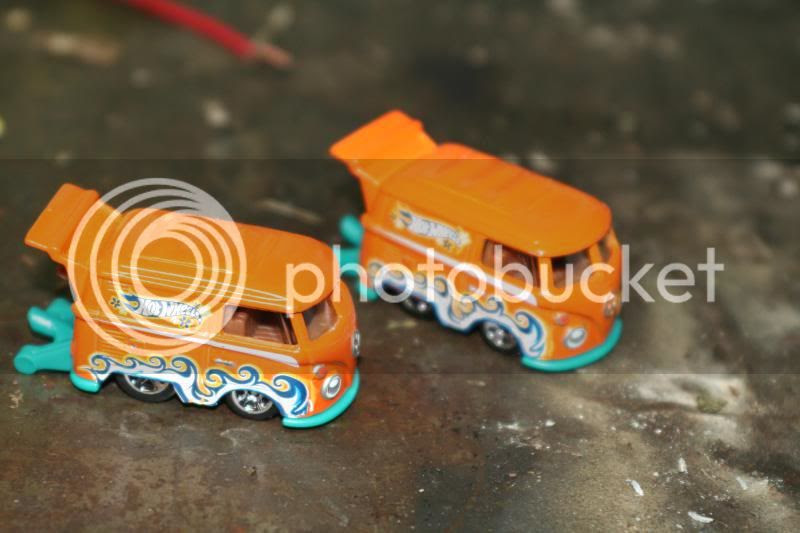 Drill the rivets out. 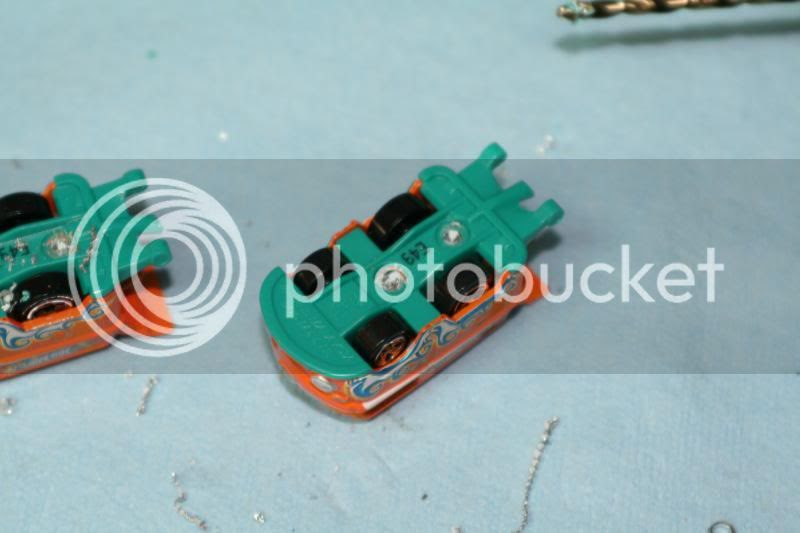 Get out the die grinder / demel and start hacking. 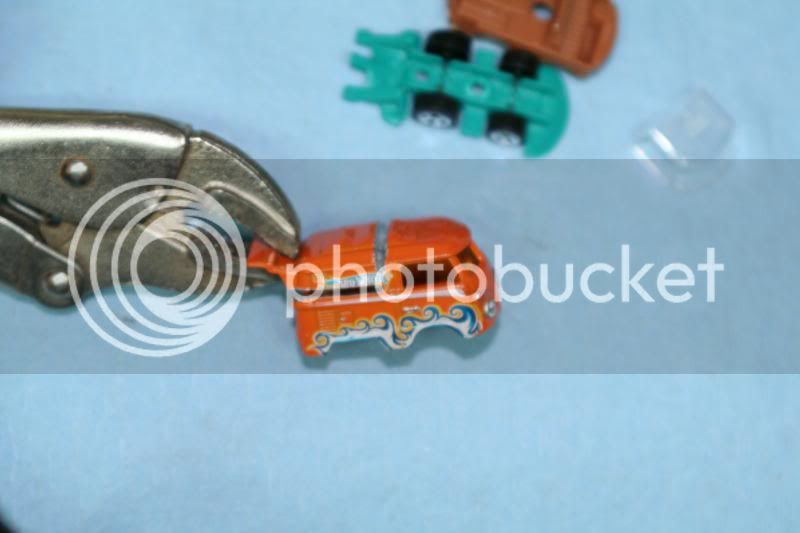 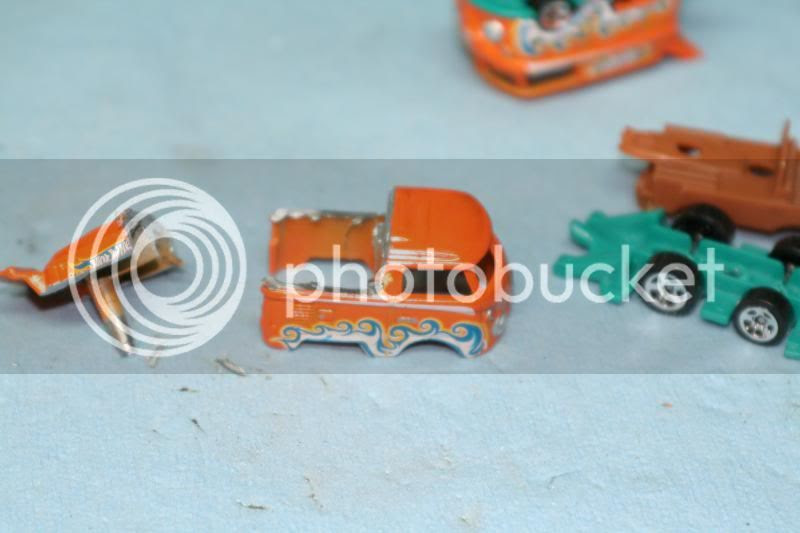 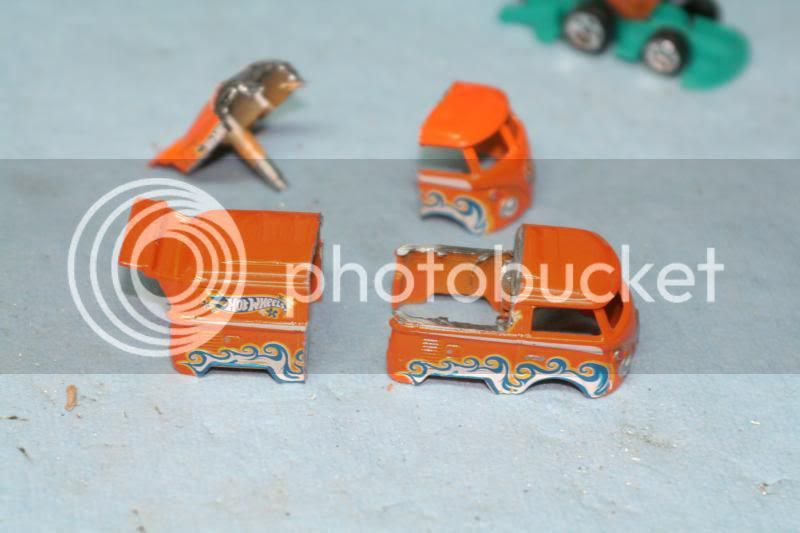 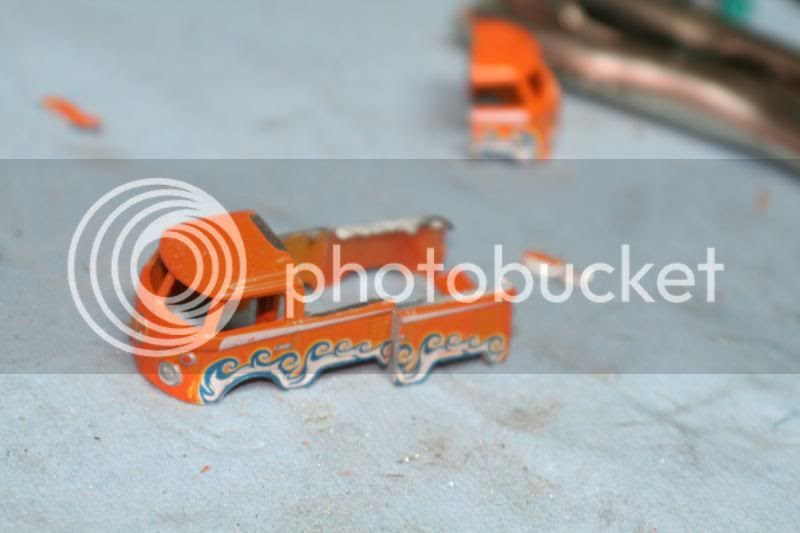 Strip the paint off. Just spray some paint stripper on there, 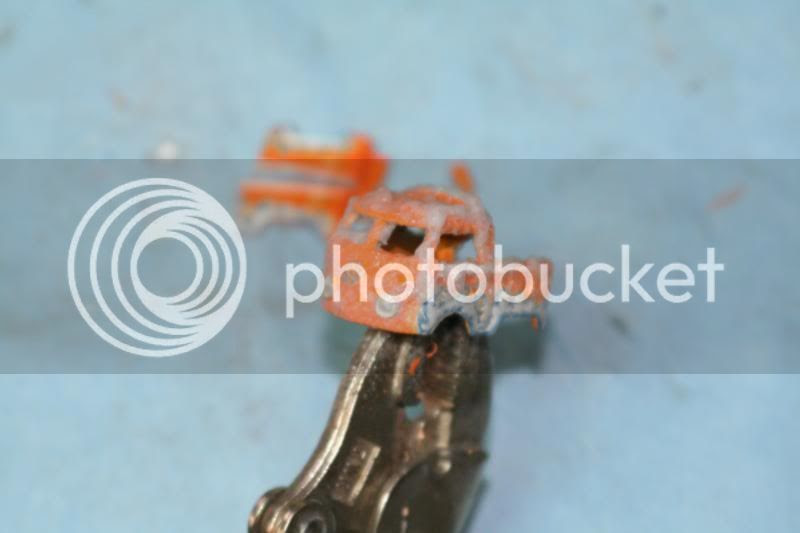 Let it sit for a bit, and wipe or blow it off. 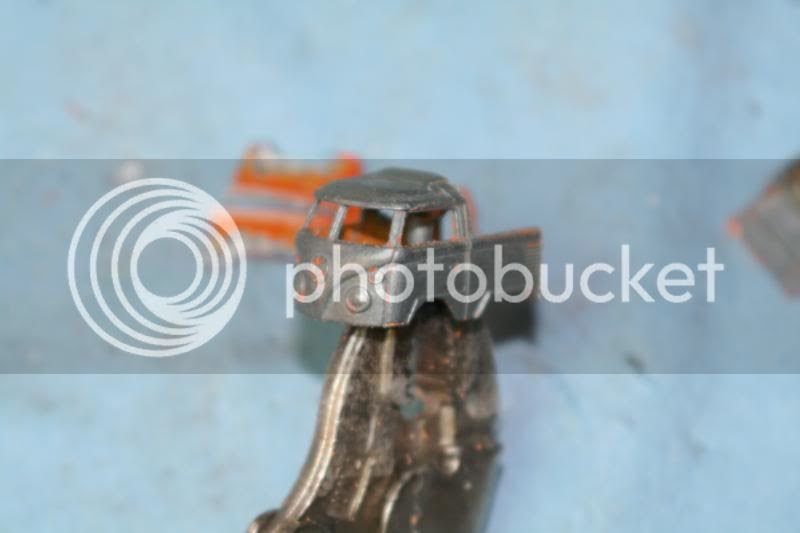 Took a few coats but it came out fairly clean. 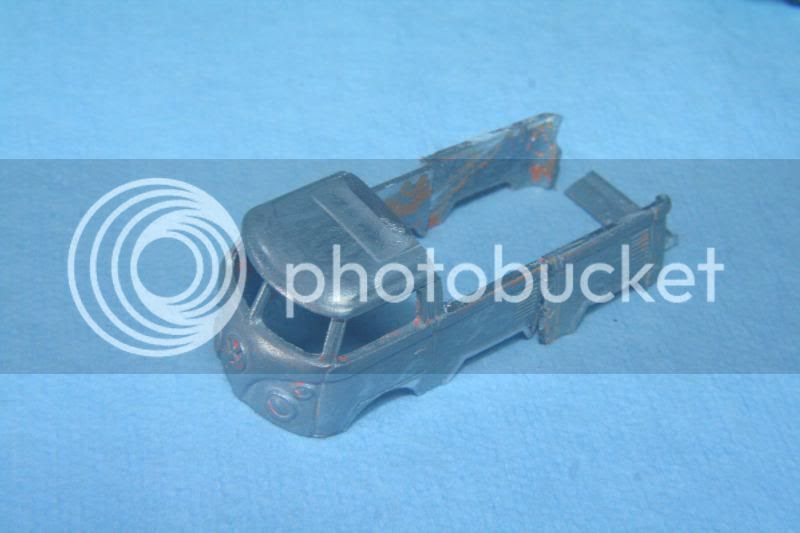 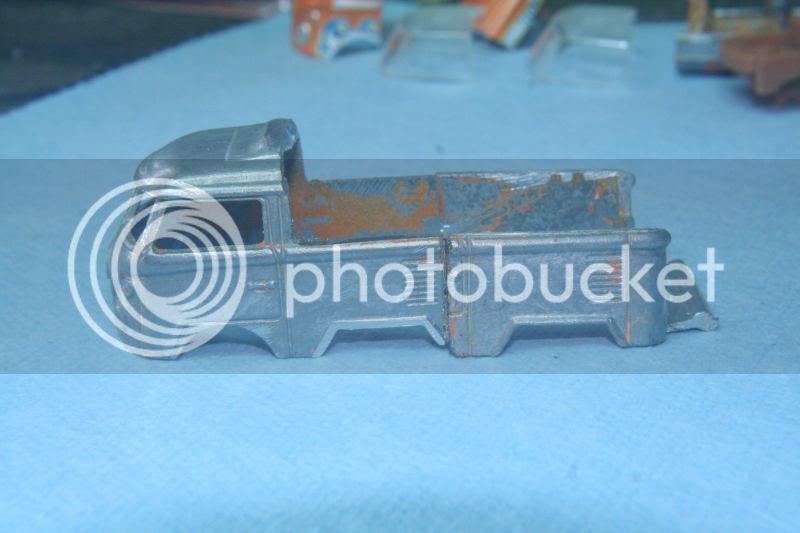 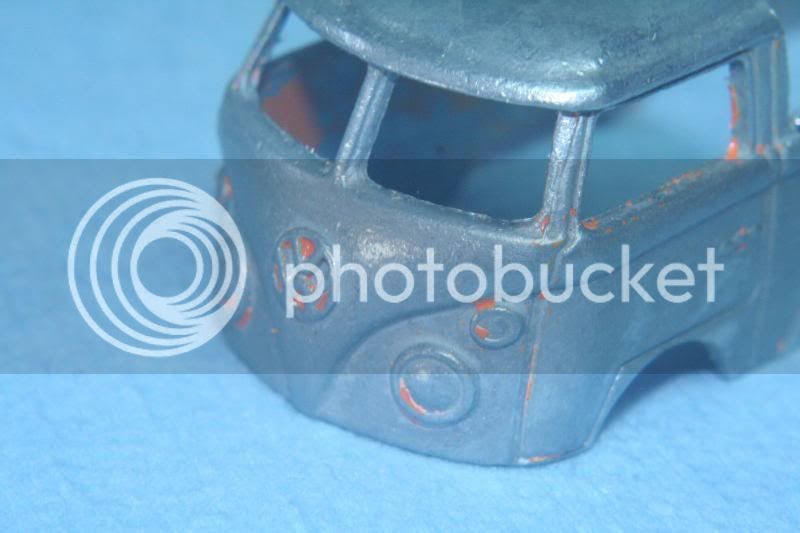 Lotsa fun, eh? I plan on making a bed for it later and gluing it together, but I havent decided if its going to have dual rear axles or just a single.  Probably just a single- which means I have to fill in the middle wheel wells.  I'd have to fill 'em in anyways, they are just too far forward.

I really enjoy this kind of project-  simple, doesn't require a lot of work, and most of all (for me anyways), its one of those projects that doesn't require a whole lot of prep.  Grab a saw, and start cutting.  Hopefully it turns out right!  Course, now I'm going to end up spending hours and hours trying to get things just right only to screw something up and have to start over.  Part of the learning process!
Posted by dorkpunch at 8:34 PM

How would you survive without your shop!?!? What did you do before? Have fun!