So after a lllaaaaattteeee start from the Mcdonalds, we trundled off toward California. We were running a few hours behind so we were late for our next stop- Sea World!

First stop once we got there was to check and make sure I was tall enough for all of the rides. 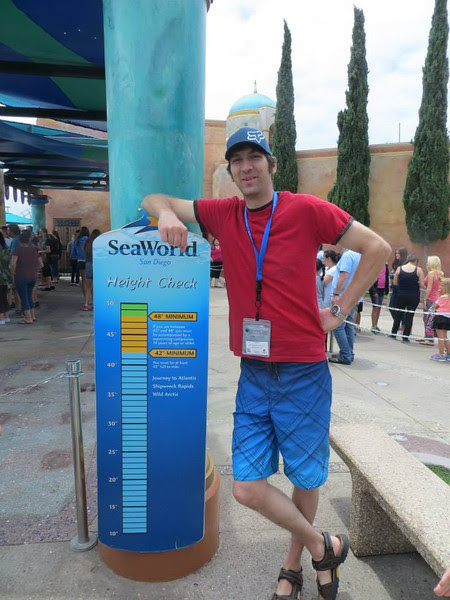 I should mention here that our bad luck continued through the night... 2 of our students had siezures of some kind while on the bus. One was fairly severe but she seemed to be doing great. We kept her with us throughout the day in a wheelchair. One good thing did come of this- as her helpers we got to cut to the front of most of the lines. First ride we went on- Atlantis. 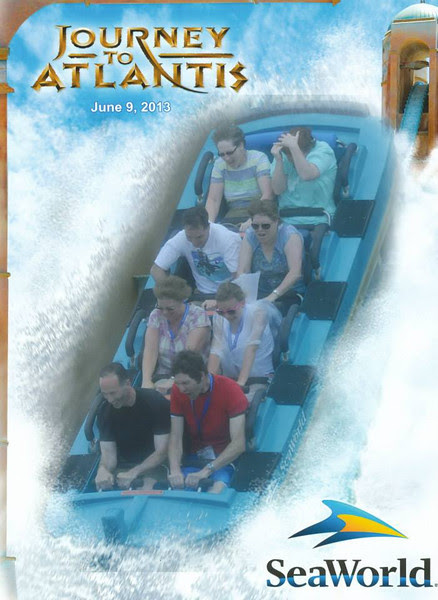 We got VERY wet. Thanks a lot, Bonnie... Just remember that what goes around comes around.

Spent the rest of the afternoon trying rides and taking in the shows. The dolphin show was incredible and so was Shamu! 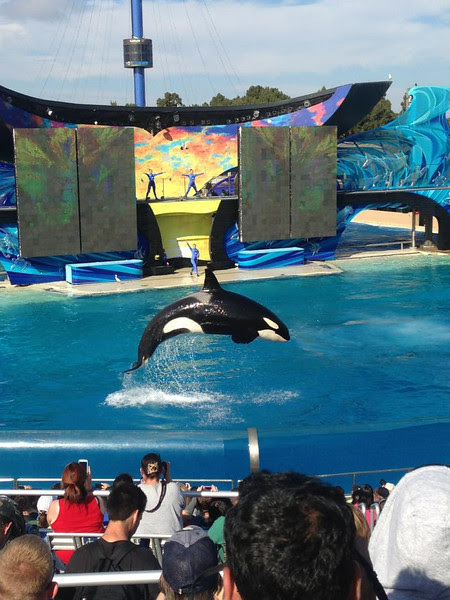 So many things to see- polar bears, sharks, penguins, dolphins, orcas, and on and on. Great place to visit, but plan on spending more time!

We stayed a little later than we had planned on because we were late getting there. Once it was time to go we loaded up and went a few blocks to Belmont Park to ride the 100 year old wooden roller coaster. Lotsa fun!

Thoroughly cooled after the roller coaster: 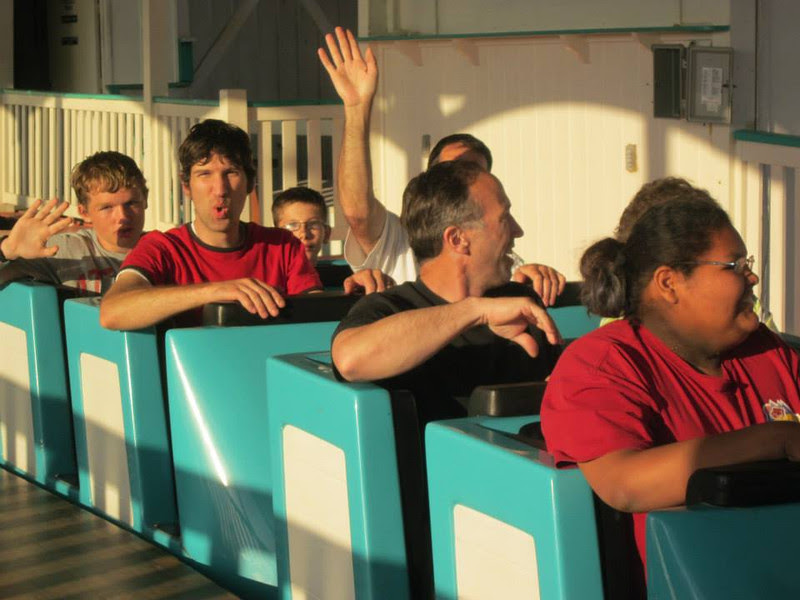 Pretty amazing feat to watch- we managed to get 110 kids OFF the buses in 90 seconds flat, all of them rode the coaster, and loaded back on the bus in I'm guessing under 1/2 an hour. Guess they were hungry! We at that night at a lovely restaurant called Ricky's just up the road from our hotel. Finally, we got to sleep in a REAL bed!

Posted by dorkpunch at 6:21 PM