Cali Trip Day #5: Running stairs, the Jumbotron, AND! We break the last bus.

What would a middle school trip be without a good PRANK!? 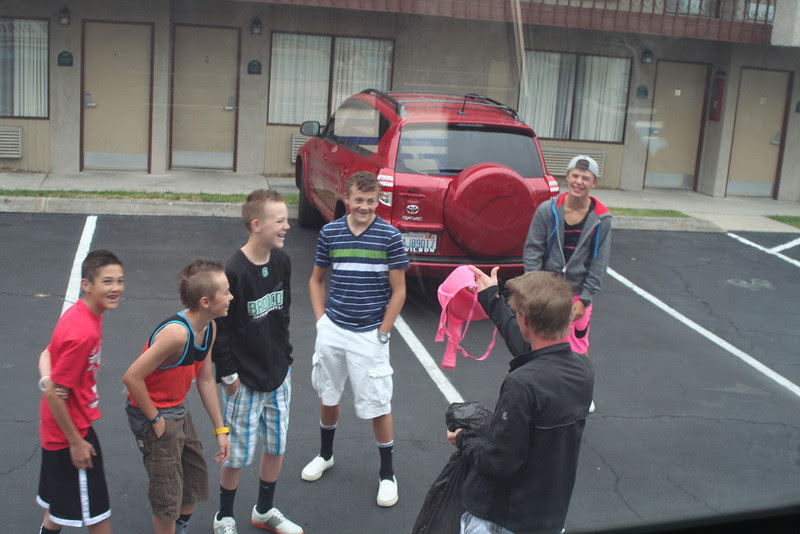 The story goes that several years ago on one of these trip, a very LARGE bra was found under the bed in one of the rooms during room inspections. It was obvious that it had been there a while but the counselors decided to have some fun with it. The tradition continues. One of the boys had a birthday, so his parents specially requested this for him. All of the students were already loaded up when Mr. Southern called out their room, had them line up and started to read them the riot act. They were obviously confused but pretty scared right up until he pulled out the bra. You should have heard the noise on the bus!

Once everyone figured it out we got loaded back up and hit the road for: 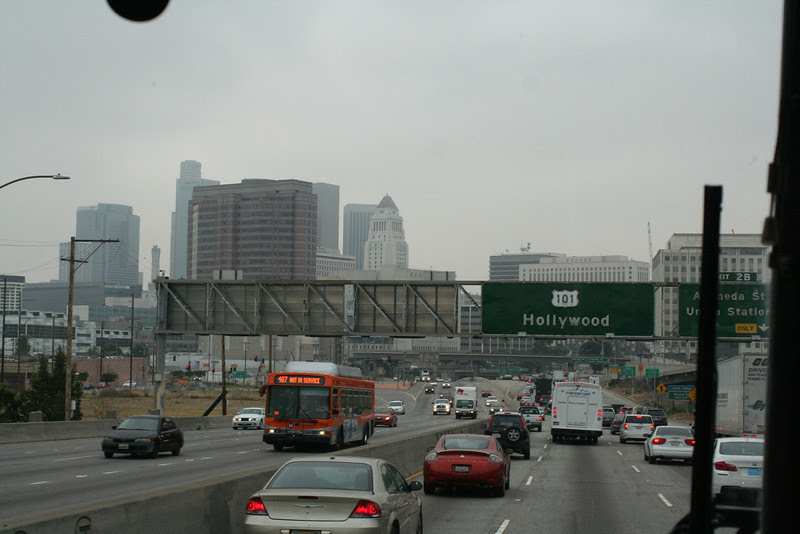 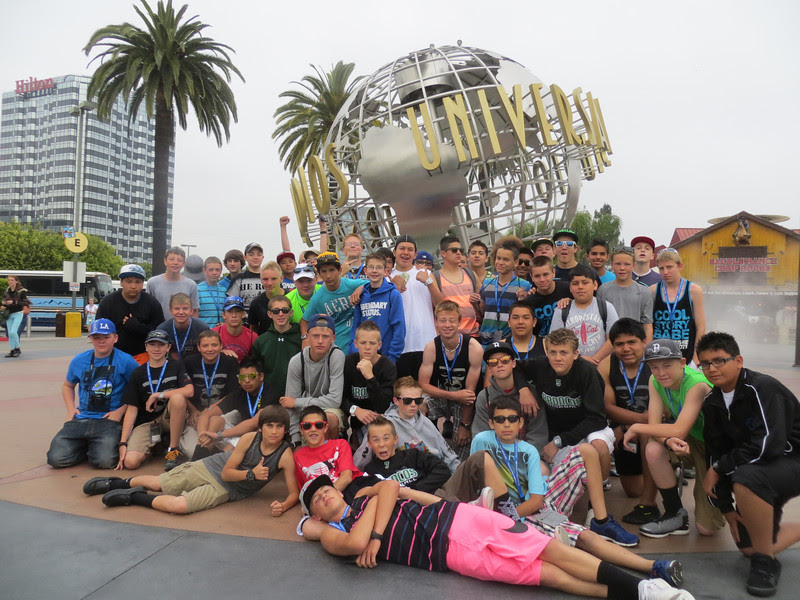 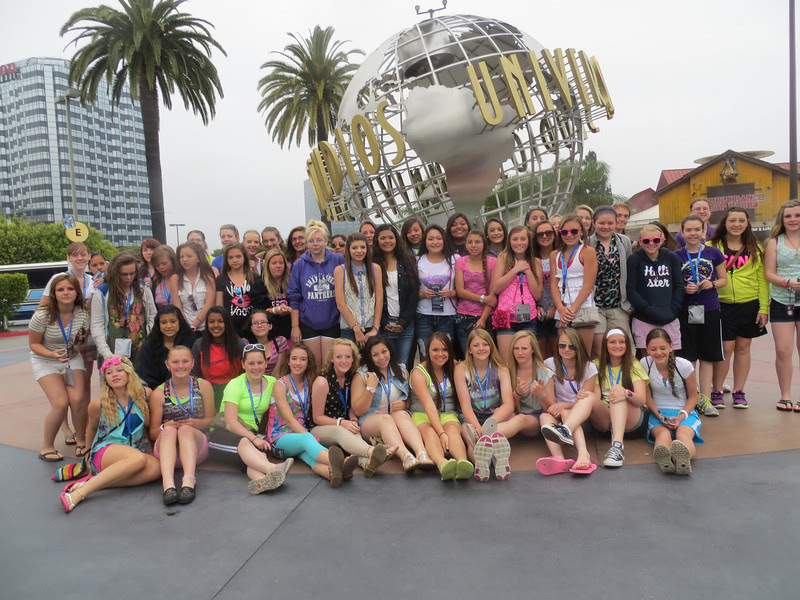 Universal Studios! Got a few pics on the red carpet and we were on our way. 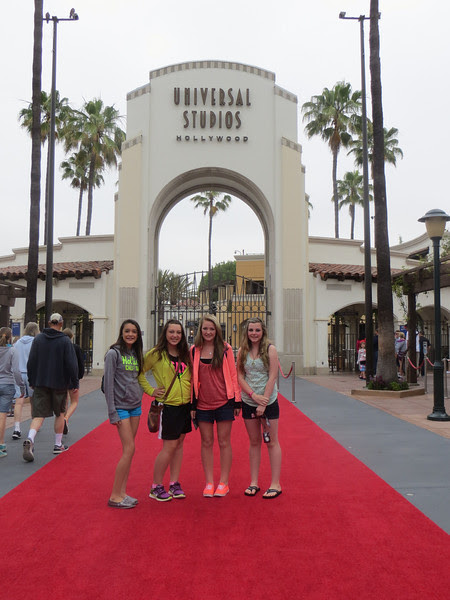 The back stage tour was great- saw all kinds of cool sets, went through the King Kong 3D 360 which was incredible- and saw the courthouse from Back to the Future. There were a couple of shows in production and shooting at the time too... Only one I remember was the Mindy Project. We *did* get to go through a set that was used in an episode of Bones, which I thought was pretty cool. 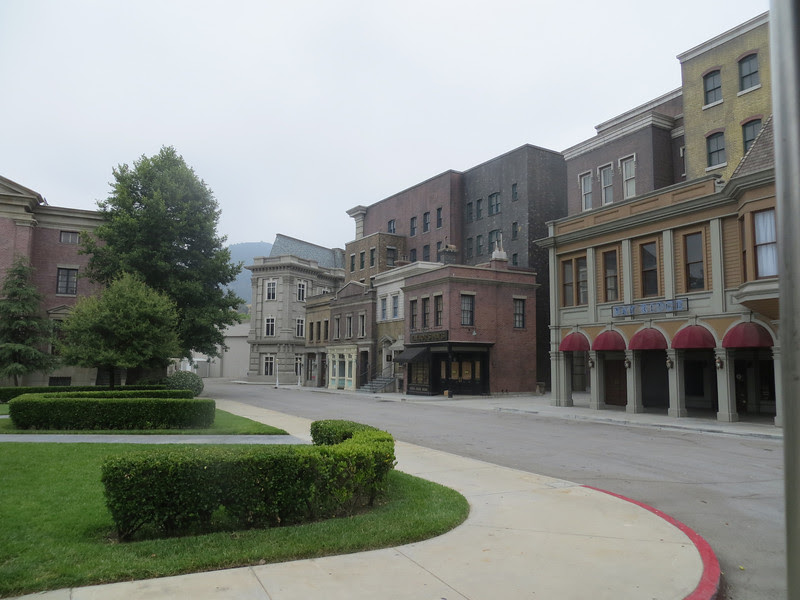 Backstage bus tour all done, it was a race to Transformers 3D. We know how to pack 'em in. 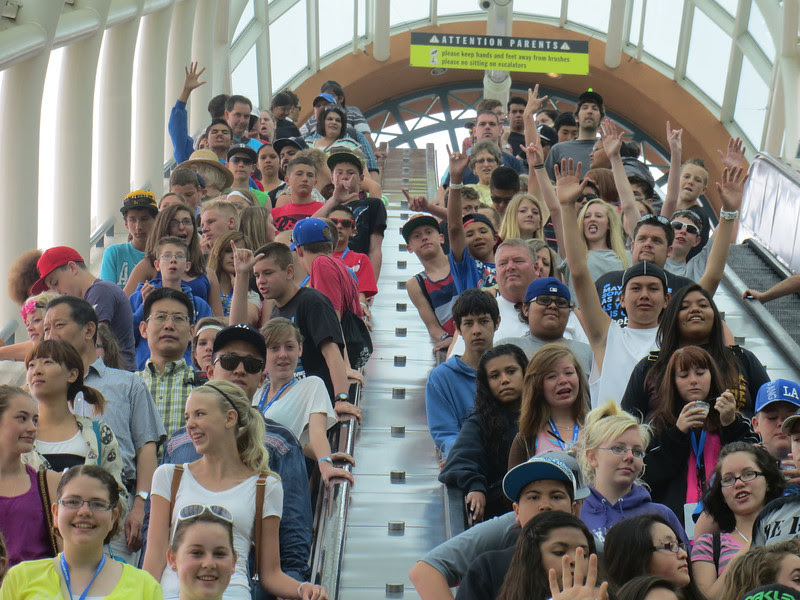 I should mention that I managed to run ALL FOUR flights of stairs back to the top for lunch... Not that I felt like eating after doing it. Wow. Talk about elevation gain! 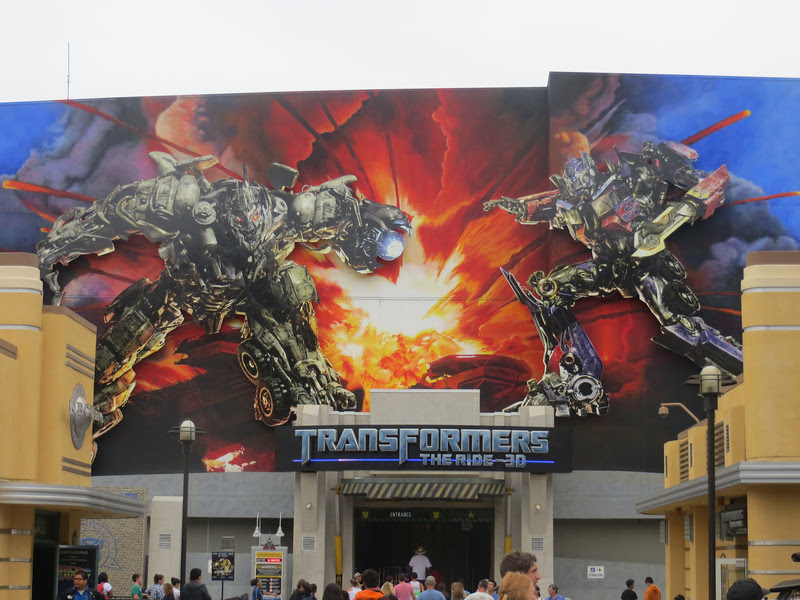 The kids then had the rest of the day to do whatever they wanted, and we quickly ditched them so we could try all the fun stuff. 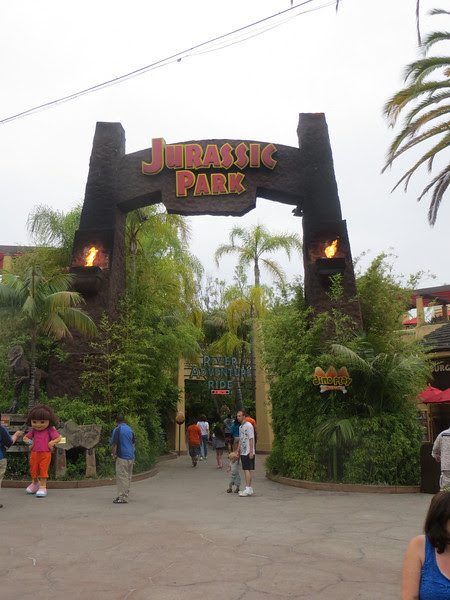 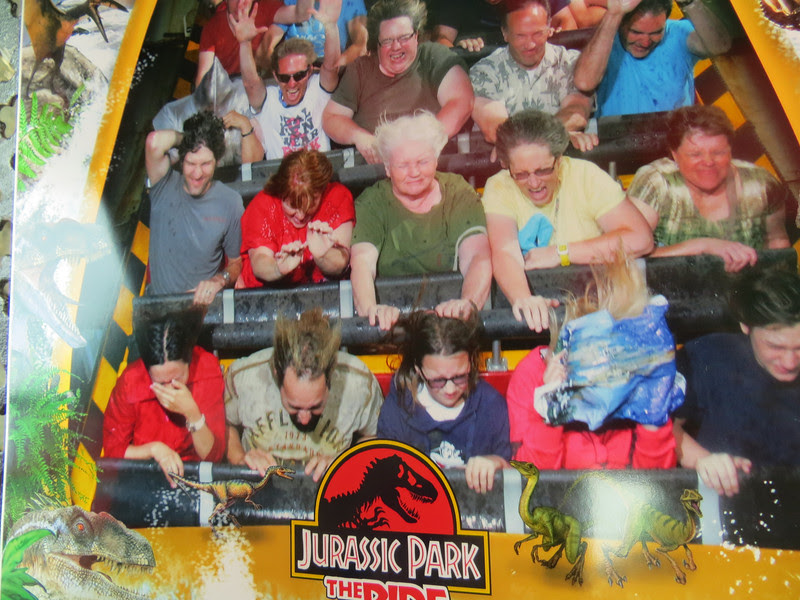 And we even managed to take in a show or 2. Water World was AWESOME. Still can't believe how they launched the airplane over the wall into the pool... 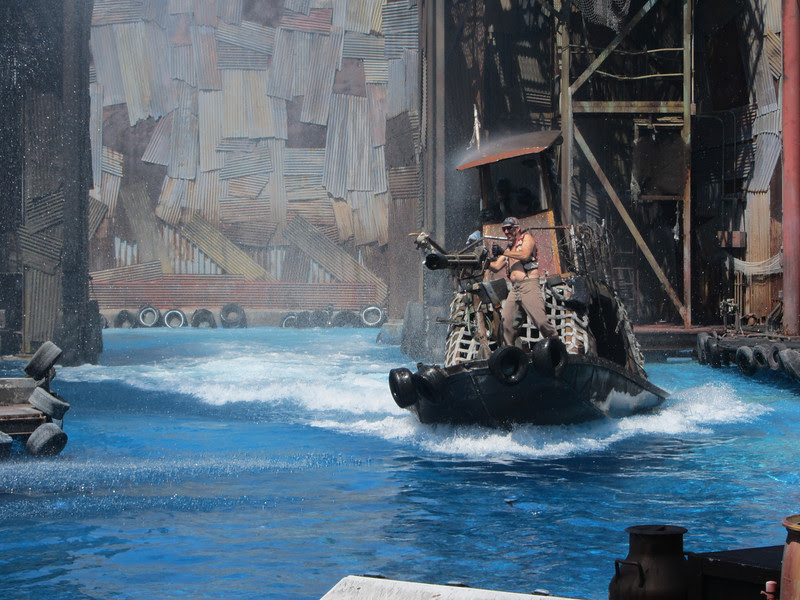 Frankie was NOT impressed with my hat. Wish I had a set of his 6" platform shoes! 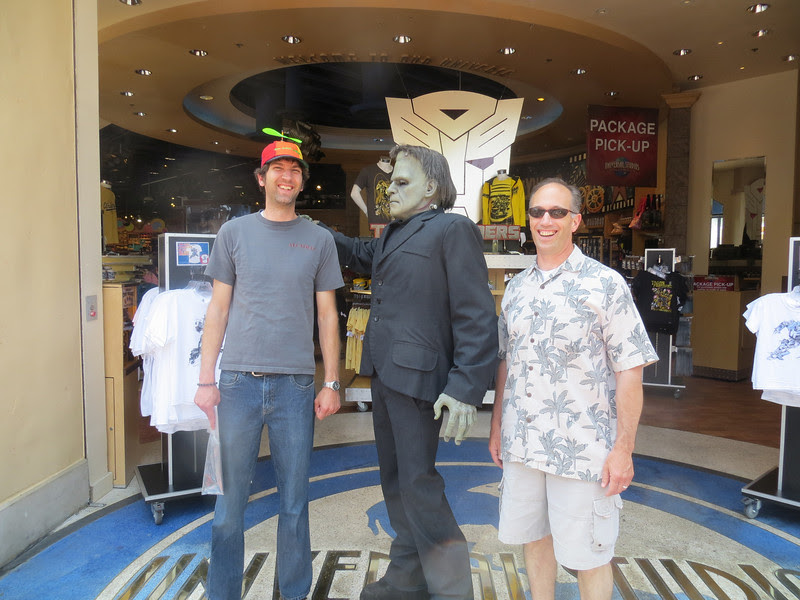 Well that was fun! Off to see the DODGERS! We had quite a hike from the parking lot, down, around and in to our section. We even got the all you can eat option. Who doesn't love free hot dogs and nacho's?! 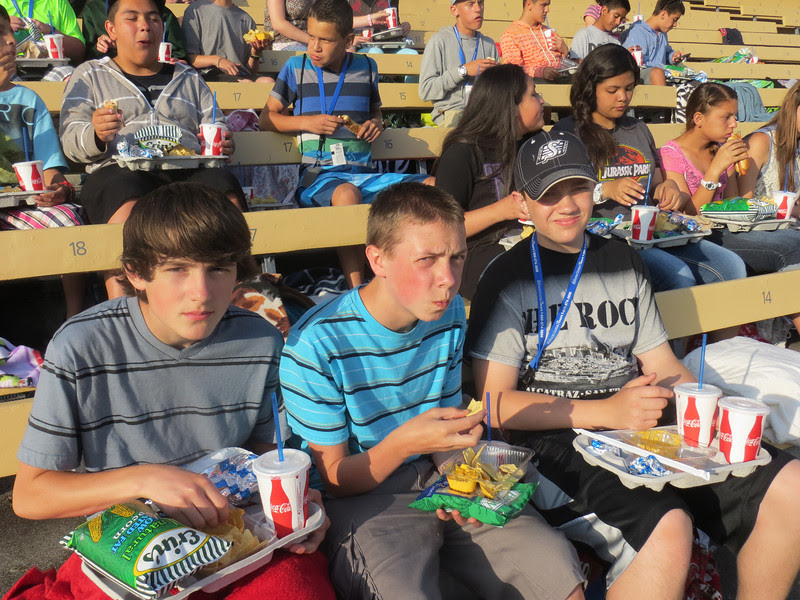 The opening stuff was pretty neat- we even got to see Melissa Rauch throw out an opening pitch! For those of you who DON'T know who she is, she plays Bernadette on the Big Bang Theory- one of our all time favorite shows. 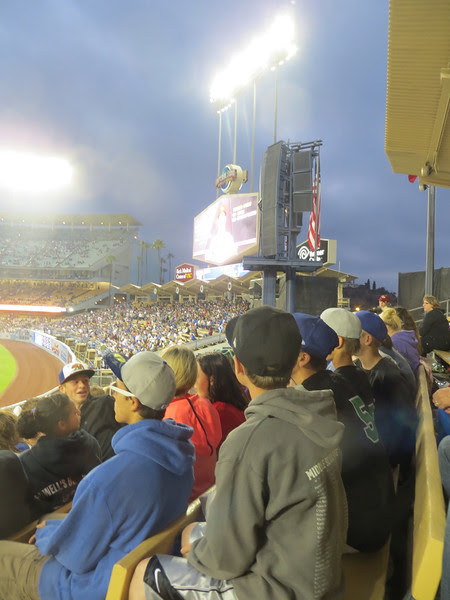 Our group was on the jumbotron at least NINE TIMES that night! Wish I could find a copy of the game somewhere... I was the second person on- apparently the camera guys could see my propeller hat from wherever they were cause that's all it showed at first! 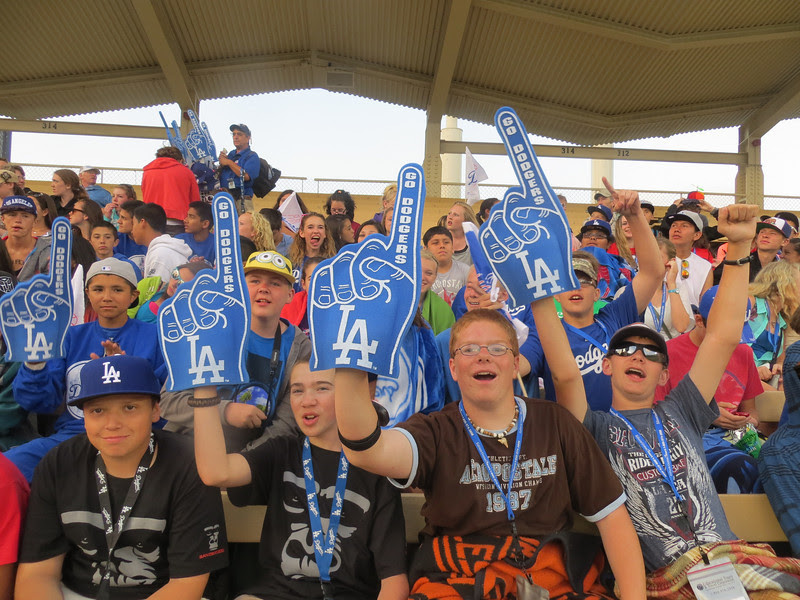 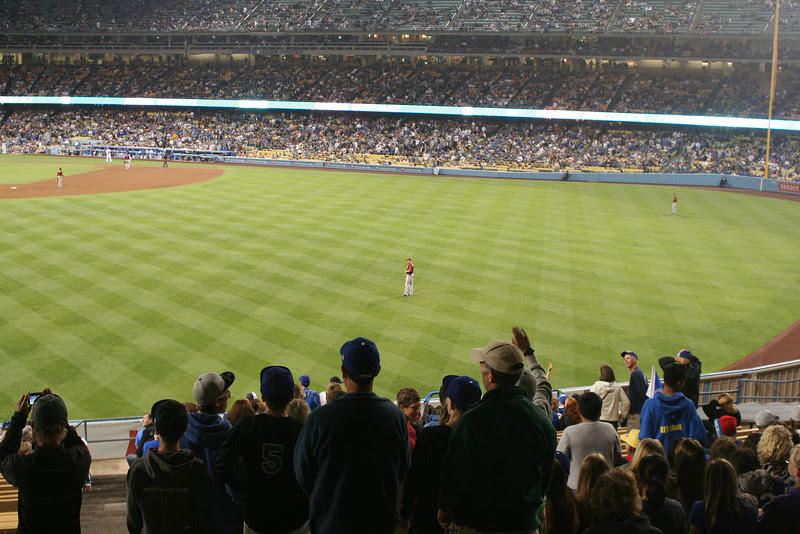 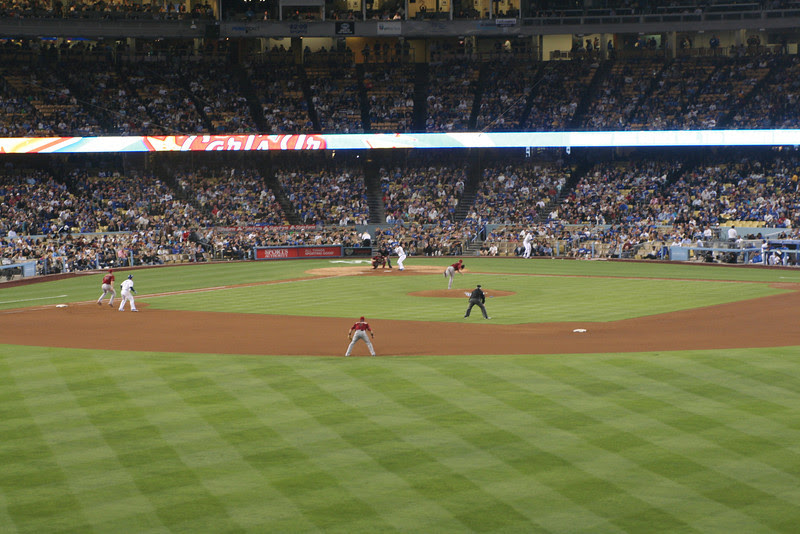 We managed to wear several of 'em out... 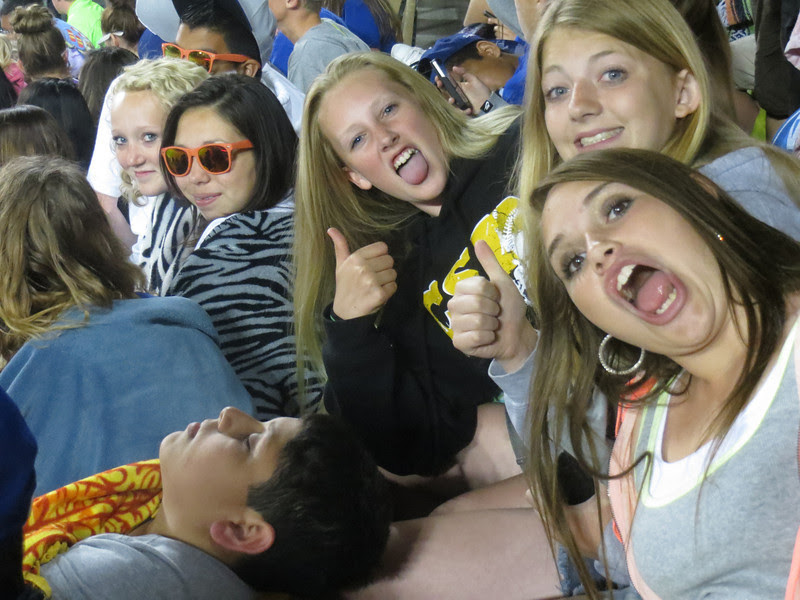 In the end we left before the game got over. It went several extra innings before the Diamond Backs finally beat the Dodgers.

You'd think that's the end, right? You're wrong. We got all the way back to the buses, loaded up, and got on the freeway. The truck bus, which up until this point had been running fine minus a toasted electric fan, seized the A/C compressor and chucked the belt. We caught up to them, loaded half of their students on each of our buses, and trundled back to the hotel. Didn't get everyone back in their rooms and settled until midnight. Came up with a game plan for the next day minus one bus and hit the sack!