We finished up our water rocket unit last week and it ended with a bang!  Built about 70 rockets.  The test launch a couple of weeks ago had a lot of failures- but thats why it was a test launch.  We had several rockets over 200 feet, and one even broke 300 feet!

Forgot to bring my camera for the first class, and had one embed itself about 4 inches into the ground. Lotsa fun watching the students scatter!

These are all from the other 2 classes.  Took dozens of pics, most of them were only of a stream of water because I couldn't time it right.

Hard to see, this one has a funnel for a nose cone.  It flew pretty well, but he had a little too much weight so it didn't go very high.  On the bright side-  when it came down the funnel stuck into the ground and the bottle broke off and bounced away. 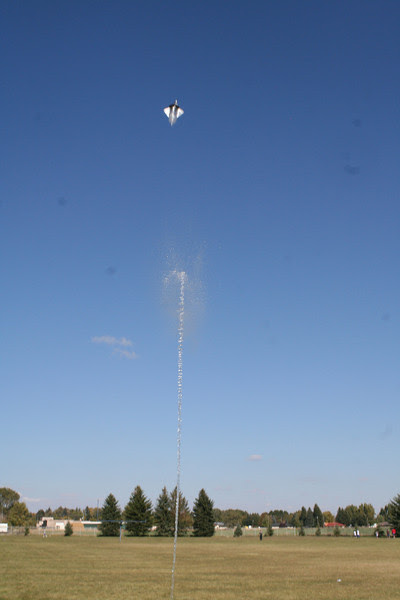 This one collapsed the launcher...  Are you sensing the duct tape theme!? 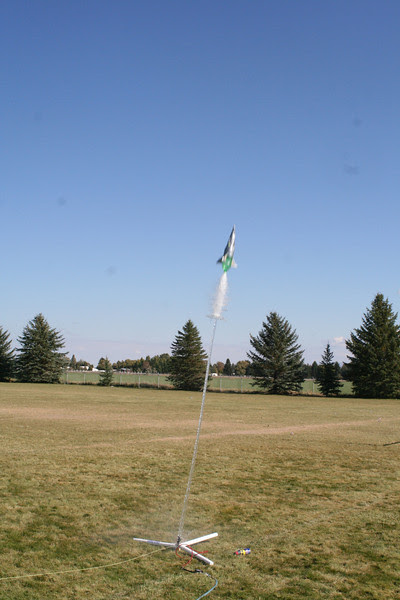 Not really.  Didn't have any close calls this time, although in the past I thought I was going to have to buy the resource officer a new windshield for his cop car. 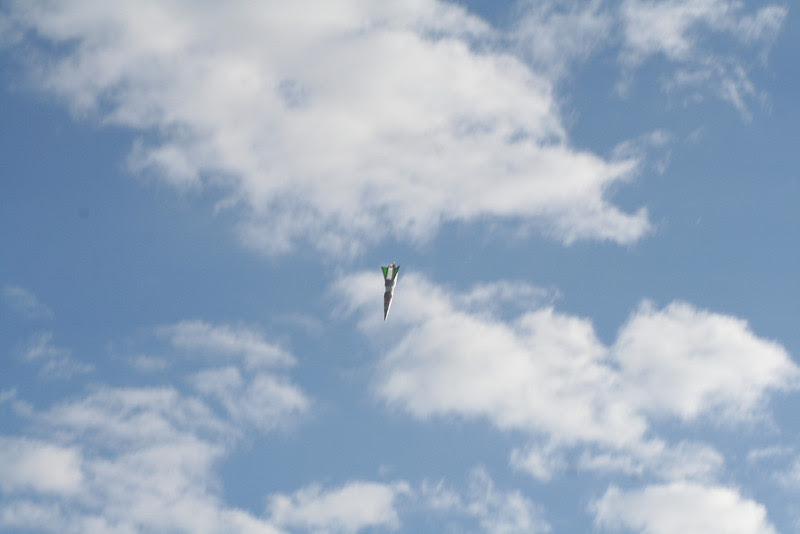 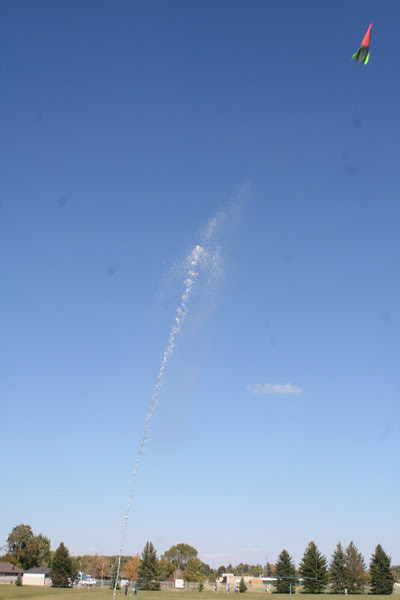 And my all time favorite: 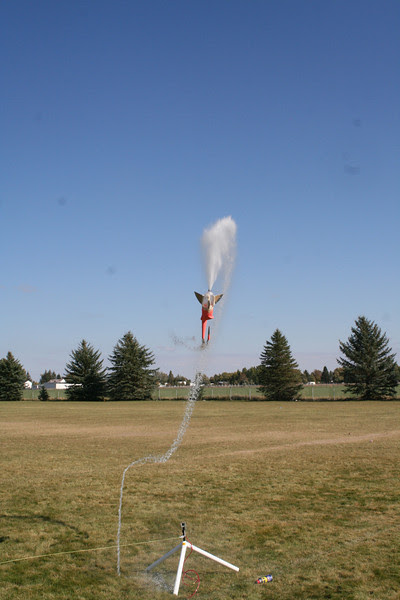 Love this picture!  Sooo many things going on here.  I'll be using this one a lot in the future-  all 3 of Newtons's laws are going on there.

Here's what happened.  The rocket's nose cone was made out of flimsy butcher style paper.  We normally layer them so they are pretty strong- but this student layered it and the stretched it out.  It was really floppy.  Then he added a cup or two of gravel inside the very tip of the cone to move the Center of Gravity up.  When the rocket went off, the nose cone collapsed and the bottle went PAST the tip and cracked itself like a whip!

If you look close, you can see the tip of the nose cone STILL GOING in the right direction!!! (part of Newtons first law-  objects in motion will stay in motion in a straight line)

You will also notice the gravel spraying out of the nose cone, and just for fun, try following the path of the water.

Anyways, got the rockets launched in the nick of time-  its starting to get cold out.  Already started on the Lego Robotics and the rest of our activities we can do in the relative warmth (not really possible at our school because we're "trying to save money") of my classroom.

Onward and upward!
Posted by dorkpunch at 8:34 PM