So I have a couple of days off, and think maybe I can catch up on a few things around the house. Morning started off great, then after lunch the dryer suddenly sounds like it sucked up one of the cats and is slowly ripping its fur off. 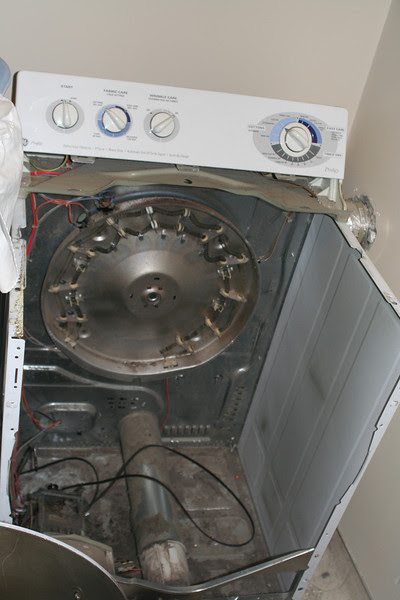 Nothing serious though, the pulley on the belt tensioner finally wore through and split in half. The belt was just running on the rod and rubbing on part of the pulley making a heck of a racket. 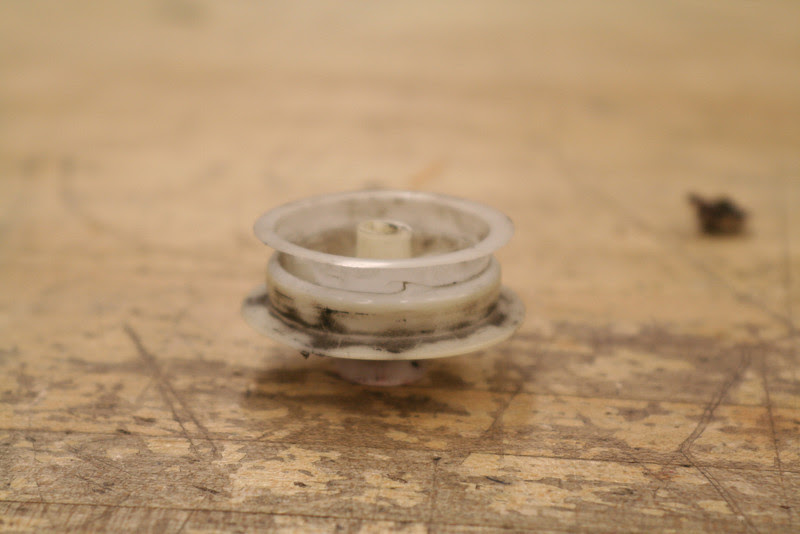 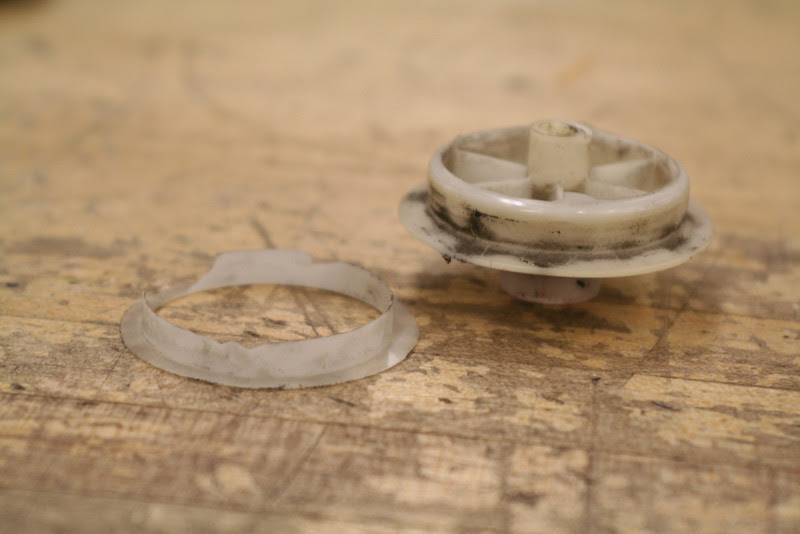 Called around, no one local had one in stock so it would have been Monday before I could fix it AND the pulley would've cost $24! 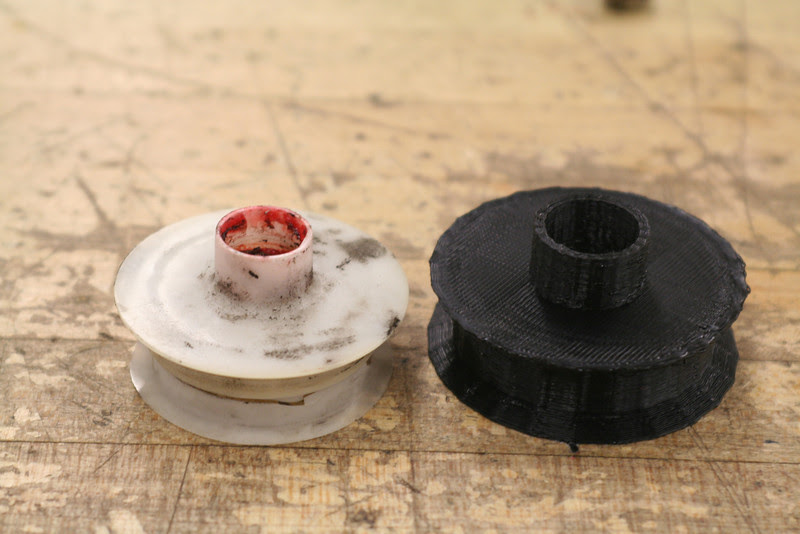 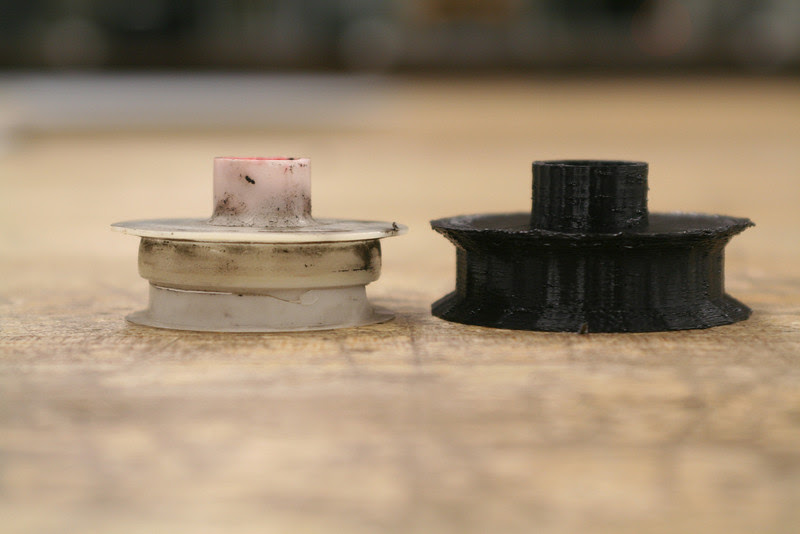 Installed with the belt not routed quite right. 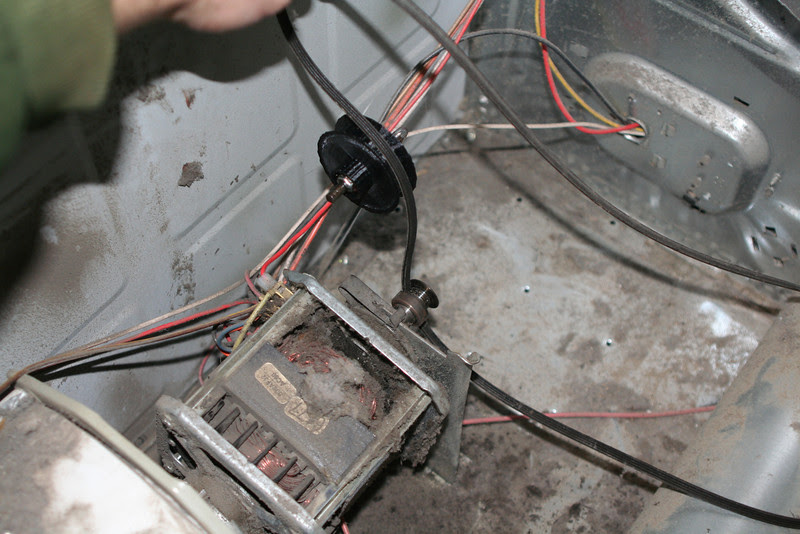 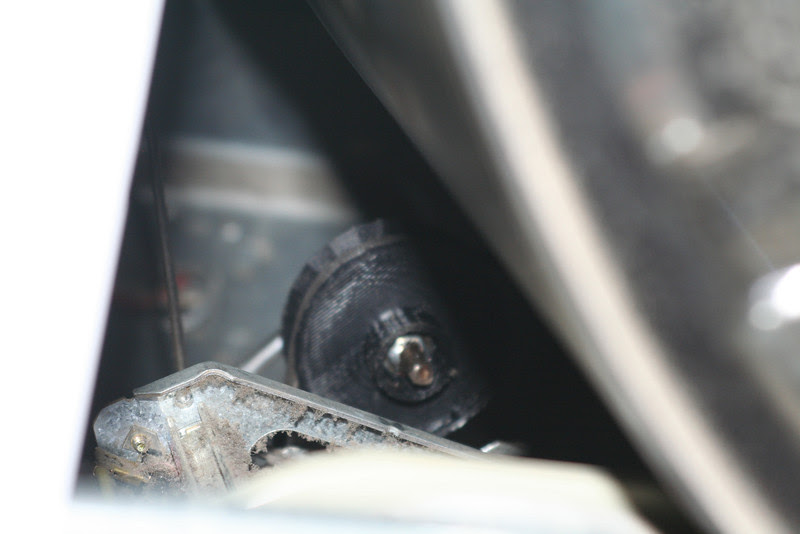 Well, its in and it's drying. We'll see how long it last! Saved myself about $23 bucks AND I don't have to wait 4 more days for the parts to show up, so I can catch the laundry up!
Posted by dorkpunch at 7:00 PM

Yes! The power of 3D printing!