So I've got his old John Deere stationary engine I've been working on very sporadically for the last couple of years. I finally have it to a point where it starts and runs, so I figured I would start (re)posting its story here with a little more detail.

About 2 years ago, my parents decided they were going to do some traveling / service work. As a result there was a bit of a binge de-junking. For some reason, anything made out of cast iron and coated in a healthy layer of rust somehow found its way 600 miles south to my place. This includes a '48 Dodge B1-B pickup that Great Grandpa bought brand new, bits and pieces of a hand crank forge, parts of an ooollllddd military surplus generator, and several other odds and ends. One of those odds was this: 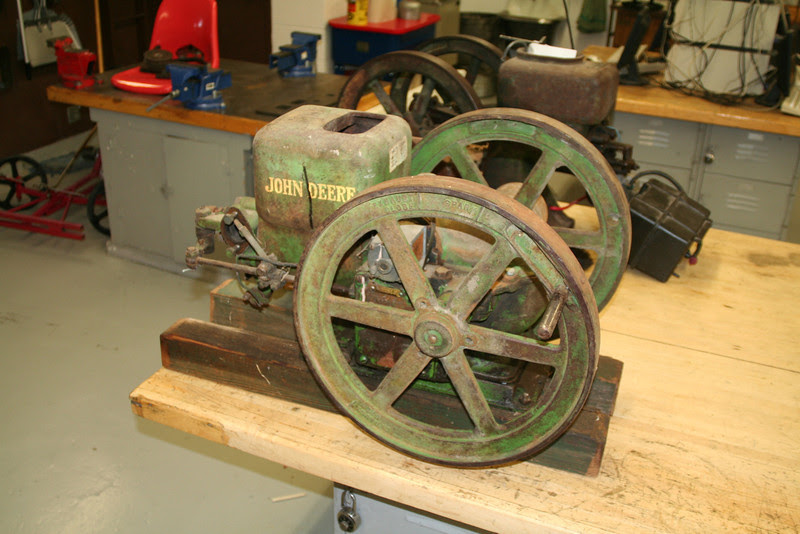 The following has been taken from several different posts in a couple different forums as I went through the engine and got things figured out.

From the initial inspection, it looks like it's had the magnets recharged and a broken... Sparker? fixed. Supposedly just needs to be put back in and it should run. Like that's EVER happened, but it'll be fun to tinker with.

Once I tinkered a bit with it, it seemed to be making power but from what I'd read it seemed somehow the timing inside the mag is off... Had to set the igniter and now it trips when its supposed to but there is a button on the side of the mag that is supposed to drop in at the same time. It drops 10 er 20 degrees after the igniter trips. Still researching that before I try re aligning gears.

Tinkered some more with it tonight and got it to actually run half decent!

Couple of questions though for thems that are in the know...

Seems like my spark may still be a little off. The magneto trips right where I think it's supposed too: 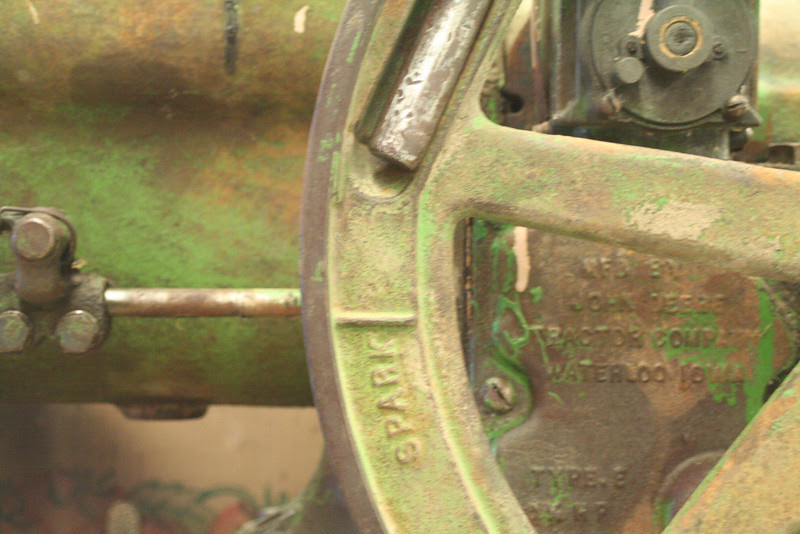 but the igniter doesnt trip until a few degrees later. 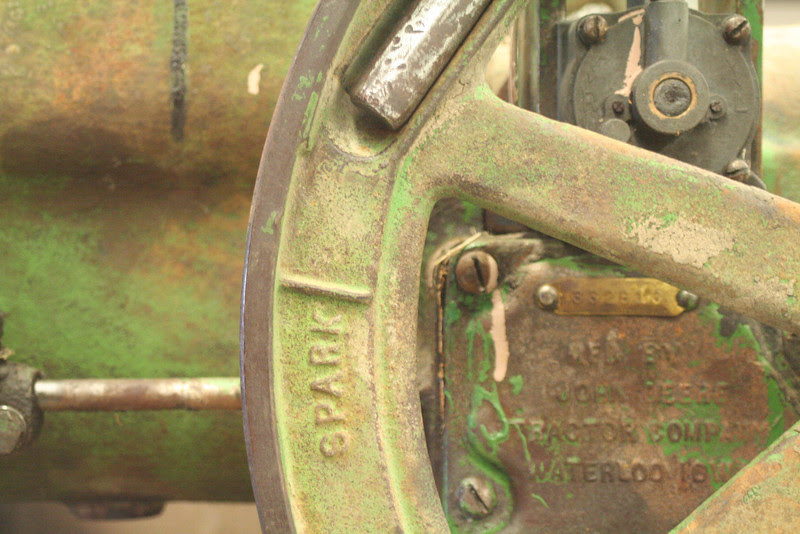 I've adjusted it as far as it can go but still pop up to catch on the igniter tab. Do I dare try filing a bit off of the tab to move it retard the timing more?

It seems to run okay but won't start unless I dump a bunch of gas in the igniter hole.

Another worry... Here's the inside after about a minute of run time. 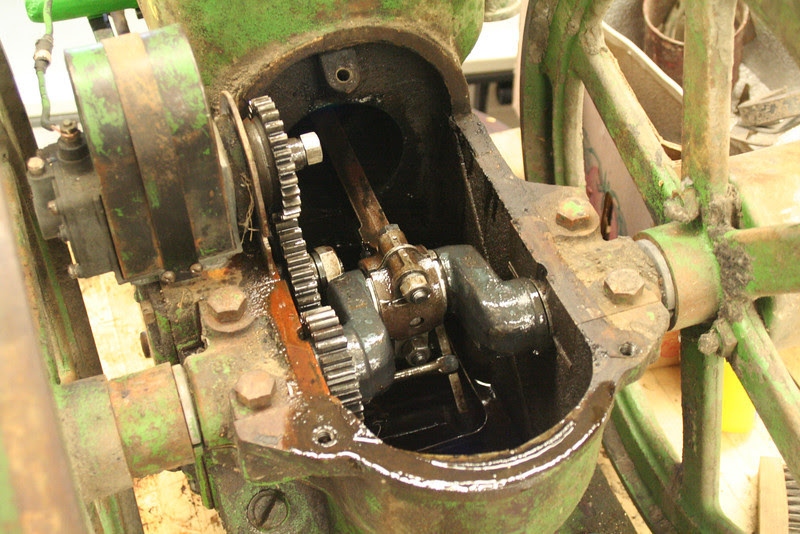 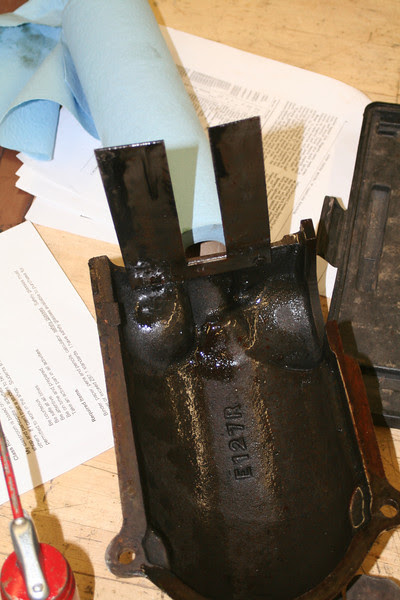 I would have thought there would be a lot more oil sprayed all over the place?

Especially on the piston. Seems really dry on top. 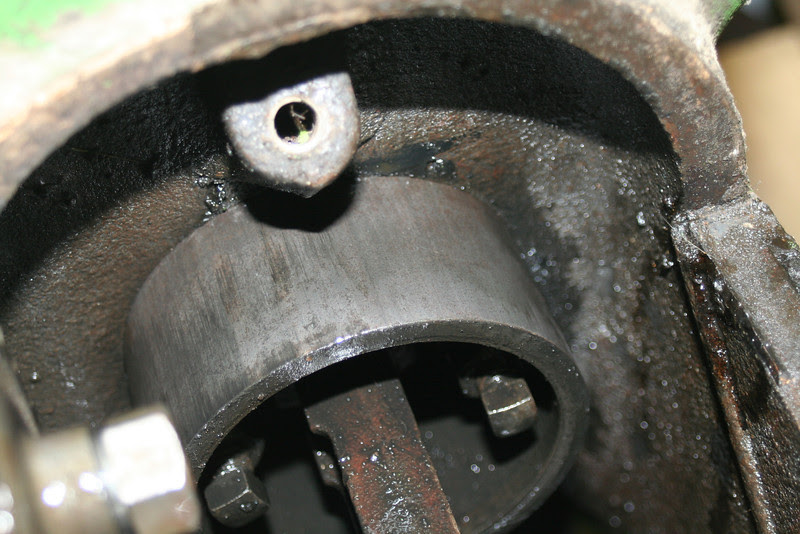 Stay tuned for the next installment!
Posted by dorkpunch at 1:20 PM