Continuing on!  We're still maybe a year back in the process here.

Got some parts ordered and they are on their way. In the meantime, might as well do a little cleaning, right?

Pulled the skids off the bottom. Have a pretty good oil leak somewhere too... 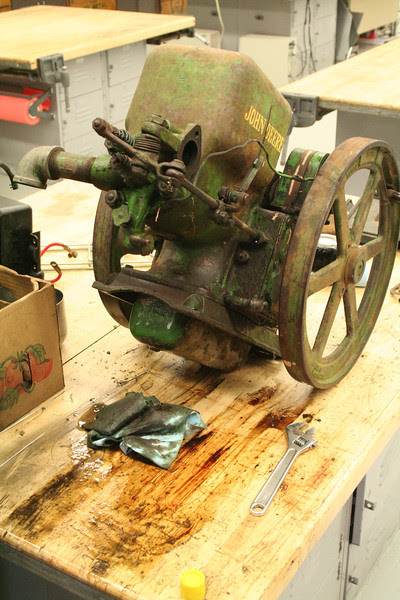 Drained the oil and tipped 'er over. 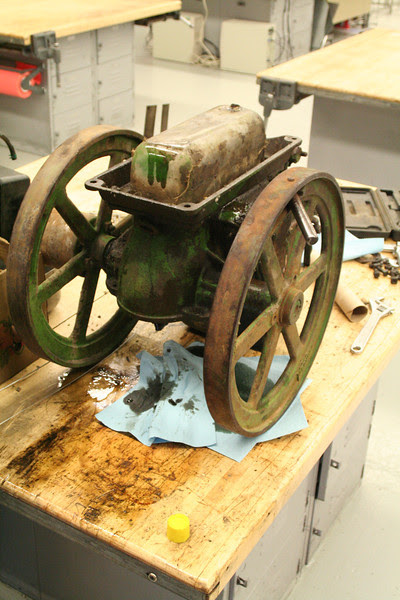 Not sure if this is supposed to be a freeze plug or if its sposed to be threaded for a pipe plug? 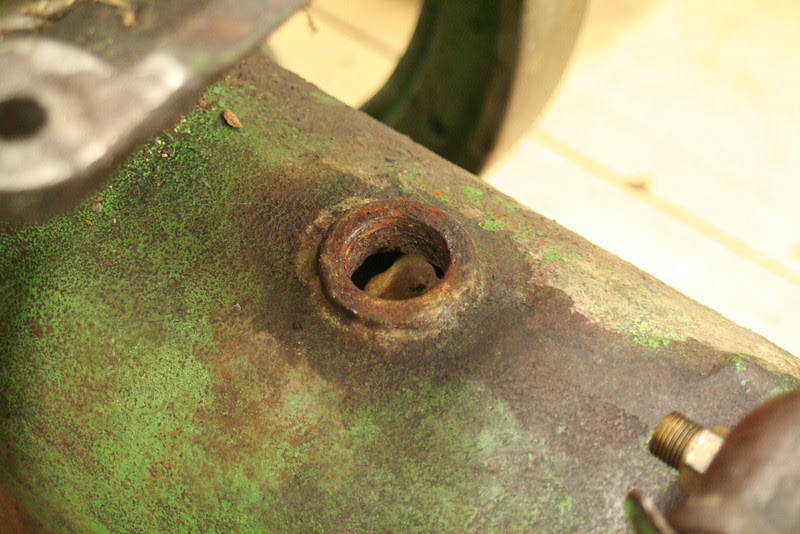 The piece you can see in the hole is loose and looks like it could have been a plug of some kind... Can't get it out either way at the moment.  (As it turns out, it was a rock...)

This should have prepared me. 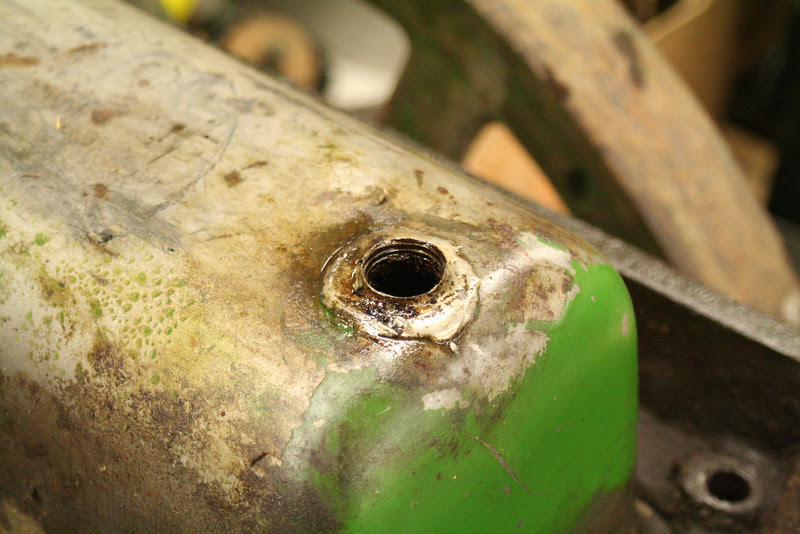 But it wasn't enough of a warning. 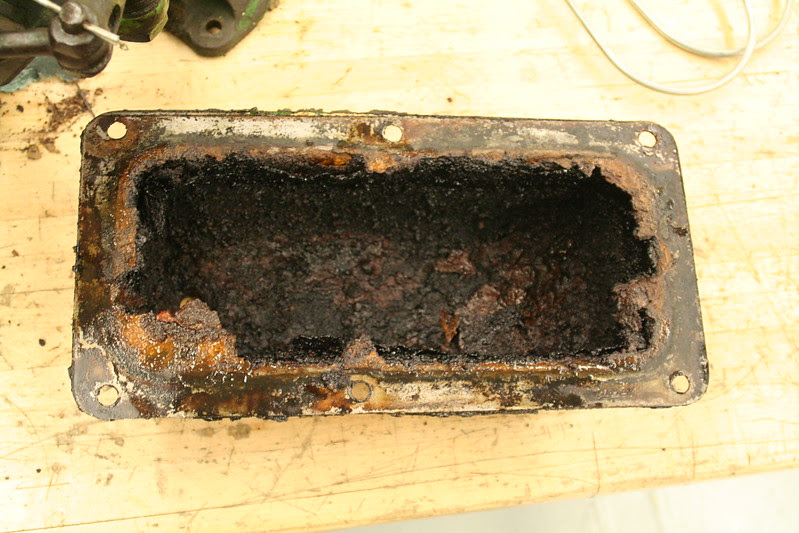 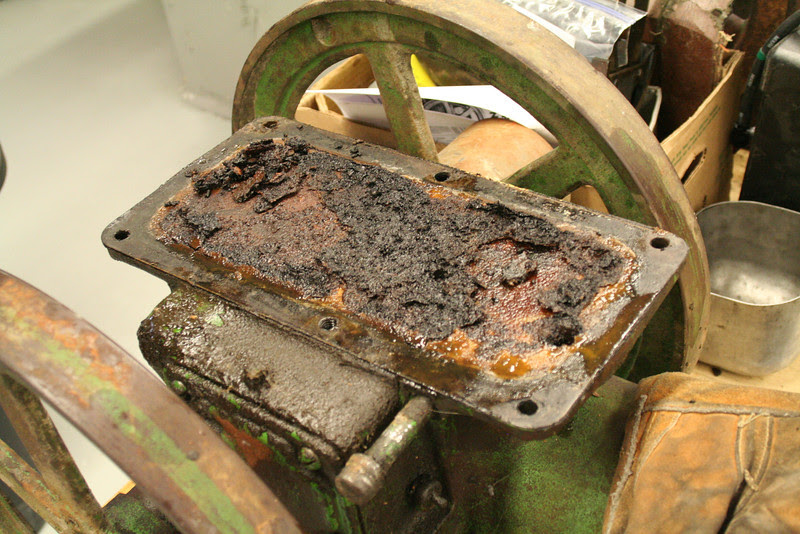 That is some NASTY old junk in the tank...

At least the crankcase doesn't look too bad. 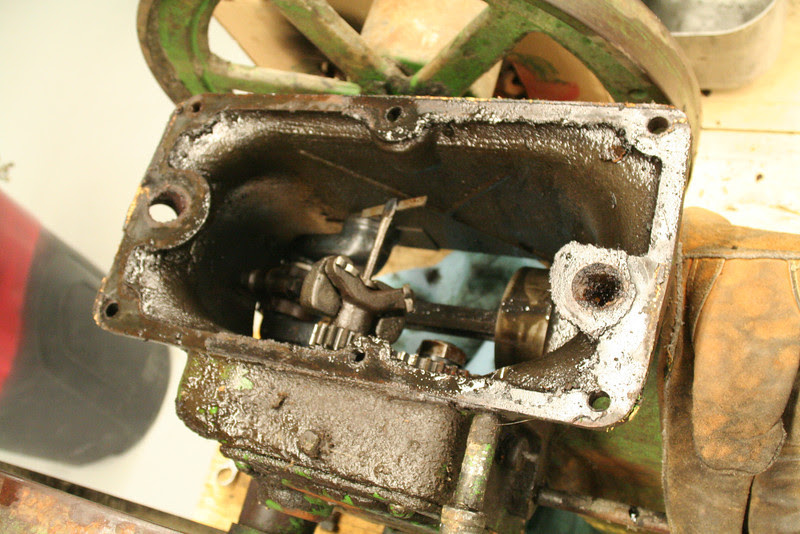 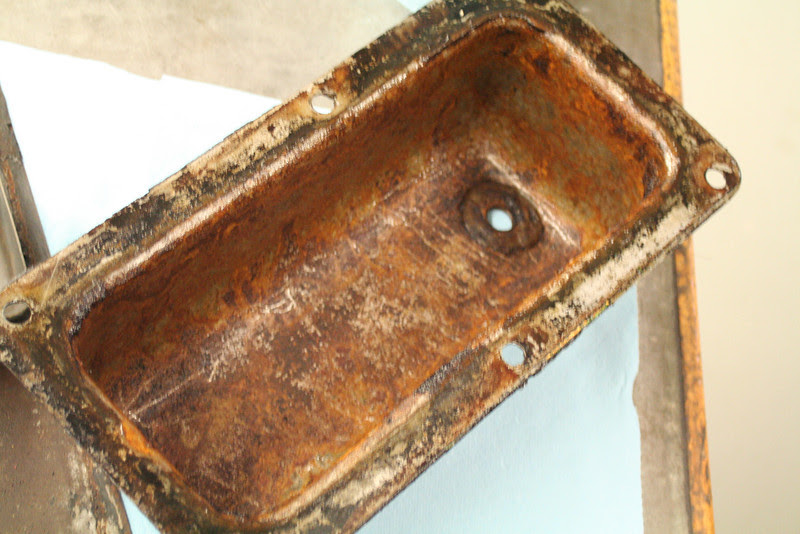 but the oil pan has some small issues. Dozens of them. 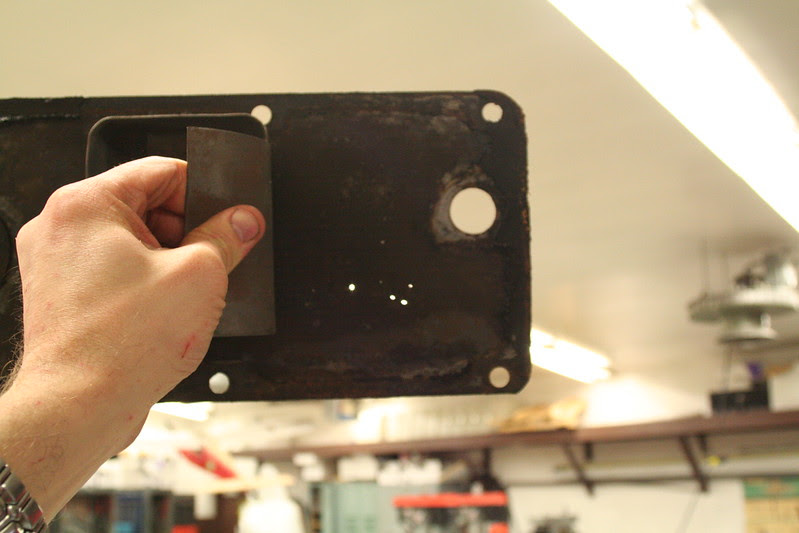 Think I can build a new pan pretty easily, cut the sump tank thingy off and spot weld it on to a new one.

The tank, I can buy a reman tank for about $60. The question is- do I get a metal one that doesn't look like the original (squared ends, made like a pan instead of drawn like this one), or a plastic one that looks identical to the original? Almost seems sacrilegeous putting plastic parts on this thing.

Posted by dorkpunch at 1:52 PM